The Word That Dare Not Speak Its Name 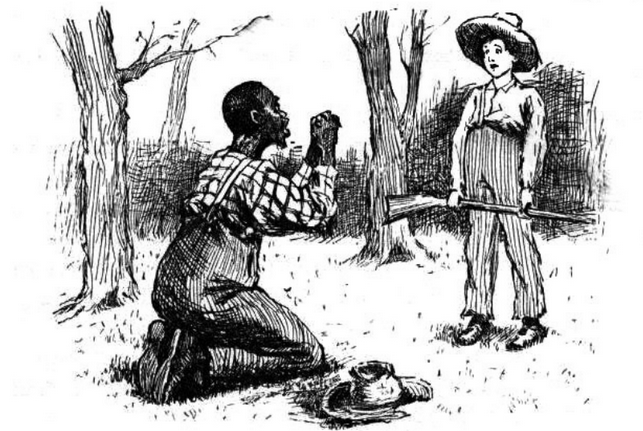 With the Senate debating university reform and academic freedom in the news, ABC Radio Adelaide asked its Tuesday afternoon listeners last week if academics are “stifling speech that doesn’t conform to an accepted progressive left view of the world”. They invited Kevin Donnelly on air to answer that question. After all, who better to ask than the outspoken author of How Political Correctness is Still Destroying Australia?

The ABC’s Drive show host Julian Schiller pulled no punches, challenging Donnelly to admit that “if that free speech is, say, seen to promote racial discrimination, or is sexist, or in some way breaches different laws, would you concede that is a step too far?” We never got to hear the answer. As Schiller explained, “we’ve just had to drop Kevin Donnelly because he’s referring to a quote in Mark Twain which is against our broadcasting ethics”. Their encounter can be heard in full via this link, the segment commencing one hour and 52 minutes into the audio clip.

Poor old Mark Twain, falling afoul of the ABC’s broadcasting ethics. His crime? In 1884 he published an anti-racist novel set in the 1840s in which characters used Word That Dare Not Speak Its Name: the “N-word”. That novel, Huckleberry Finn, is still widely assigned as a school reading in the United States (despite campaigns against it). So is another anti-racist N-word novel, To Kill a Mockingbird. Even in the land of the free and the home of Black Lives Matter, it is still possible to slip the N-word into the curriculum — subject to appropriate trigger warnings. Not in Adelaide.

Of course, the N-word is a particularly nasty racial epithet with a long history of abuse. But it’s safe to say that virtually no mainstream public figure or business leader in the English-speaking world today intentionally uses the N-word as a term of abuse. The use of the N-word as a term of abuse immediately identifies its (white) user as a racist, and that’s just not what anyone wants to be called. Not even racists. The former Grand Wizard of the Ku Klux Klan, David Duke, is last recorded to have used the N-word in public in 1975, when he was only 25 years old. Put it down to immaturity.

The weird thing about the whole N-word controversy is that it is entirely acceptable to say “the N-word” in polite society, despite the fact that everyone knows that “the N-word” stands for, well, the N-word. Last year, Augsburg University in Minneapolis (home of the late George Floyd) suspended a professor for asking students to discuss whether it was acceptable to read passages out loud from the work of James Baldwin, the prominent twentieth-century African-American author and civil rights activist. The passages, of course, contained the N-word.

Everyone concerned agreed that the N-word could be safely read on the page in Baldwin’s The Fire Next Time, a book about race and religion. The professor was criticised for using the word because “hearing it, especially from a white voice, is enough to evoke black student’s traumatic experiences, making them feel unsafe because of their racial identity”. Last year another professor, this time at the New School in New York, was similarly investigated for quoting Baldwin out loud.

Hearing the N-word may be traumatic, but apparently hearing the N-word referred to repeatedly as “the N-word” is just fine. Netflix CEO Reed Hastings once got a lot of credit for understanding this. In 2018, he fired his communications director for using the N-word, then using the N-word again in apologizing for his earlier use of the N-word. Hastings explained in an all-employee memo that there is “not a way to neutralize the emotion and history behind the word in any context”. Yet Hastings use the euphemism “N-word” six times in the memo, five times directly and once in quotation marks.

So there is a way to neutralize the emotion and history behind the word. Just substitute “the N-word” instead. Apparently the power to be offended (now amplified into the superpower to be traumatized) only extends to the N-word itself. Anyone traumatized by euphemisms just has to suck it up.

Political correctness may not destroy Australia, as Donnelly worries. But if the ABC has a speech code that mandates that guests “conform to an accepted progressive left view of the world”, why invite the author of How Political Correctness is Still Destroying Australia to come talk about free speech? Better to just get into your echo chamber and close the door.