A Broken Legal System Without a Doubt 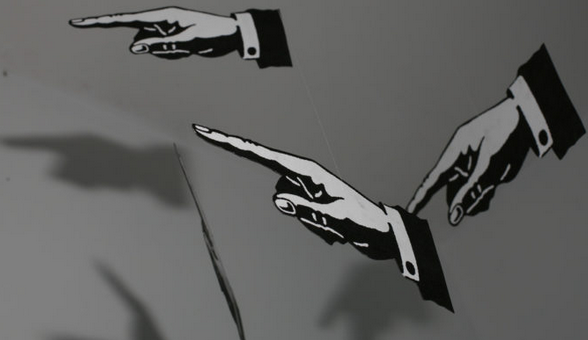 These cases and others like them have a number of things in common. They all concern sexual assault. They all consist of a dated allegation. They all rest on one complainant. None bring to bear any material corroboration.

As is rightly said, sexual assault does not often occur in open view. There are usually no witnesses. And it is surely true that some victims bury the crime for a long period out of shame, or out of fear that they won’t be believed, or out of trepidation about the perceived consequences of reporting the crime. But this doesn’t and cannot mean that the accusations of complainants must be believed.

Some people lie. Some invent false memories or, with the passing of time, transform vague recollections into concrete form. Some are simply mistaken about the identity of the perpetrator or embroider the circumstances surrounding an alleged assault.

It would be nice to have ready means of uncovering the truth in all cases. We don’t. He said/she said, he said/he said and she said/she said always throw up two versions of what happened. One right, one wrong, perhaps both wrong. I have heard people I know say that Cardinal Pell is innocent. I am drawn always to that classic line in the movie Unforgiven.

Strawberry Alice: “You just kicked the shit out of an innocent man.”

I suggest that we don’t challenge ourselves about who is innocent and who is not. This goes doubly if we are personally in position of making a choice which might see people being incarcerated and their lives, and their families’ lives, ruined for something they haven’t done. That should weigh heavily on us, as it did on the consciences of early Christians in fear of losing their souls. Out of that came the moral comfort of finding people guilty of a crime only if it is proved “beyond reasonable doubt.”

This wonderful safeguard was given form and substance in the modern and civilised world through British jurisprudence. It is undoubtedly one of the most central bulwarks of our freedom. And, it is now distinctly under threat. The threat arises because of a number of cascading forces.

Public hysteria about sexual assault has been, and is being, whipped up by mainstream and social media and by the #MeToo and other like movements. This can do no other than influence politicians, prosecutors and the police. Consequently, the evidentiary hurdle to prosecute cases of alleged sexual assault has been lowered. One uncorroborated accusation is now apparently sufficient. And it would be surprising, wouldn’t it, if the jury pool were to remain indifferent to public (mob) clamor for justice?

But whether or not a jury subconsciously succumbs to the mob and applies a deficient standard of proof — as clearly happened, in my view, in the Cardinal Pell case — the accused suffers. Merely being brought to trial on a sexual assault charge is likely to cause irreparable financial and reputational harm to those accused.

No one is safe under this regime. It is important to understand that having a heavy burden of proof is not primarily to ensure that innocent defendants are acquitted at their trial. It is to ensure that people generally, and political and cultural dissidents in particular, cannot be vexatiously brought to trial and so, effectively, cowed into compliance by the state. Being brought to trial on a sexual assault charge is tantamount to ruination. That is a weapon which should be denied the state unless it has a case which, on a fair reading, is provable beyond reasonable doubt.

What can be done? I don’t know; but the judges reviewing the Cardinal Pell case have an opportunity, or so it seems to me, to strike a blow for our system of justice. I trust, on the basis of the evidence at his trial which has been widely reported, that Cardinal Pell will be acquitted. What I hope, however, is that this will be done with extreme prejudice. In other, less dramatic, words that the opportunity will be taken to criticise the process under which the case was ever brought to trial.

You could say that bringing people to trial on the basis of one uncorroborated accusation is unsafe or unsound. That is a nice legalese way of putting it. It is, in fact, potentially dangerous to our very way of life.

4 thoughts on “A Broken Legal System Without a Doubt”