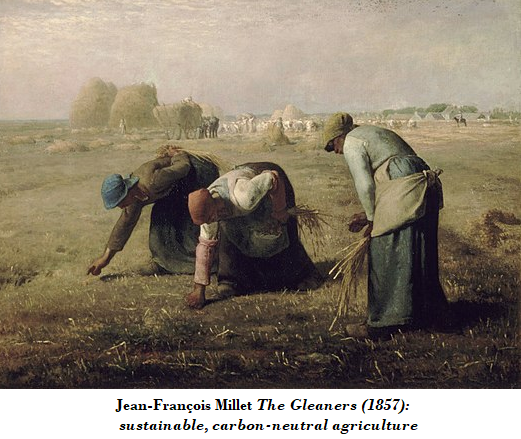 Australia’s green-ink profligacy is evident in great abundance in Energy Minister Angus Taylor’s First Low Emissions Technology Statement – 2020, grandly proclaiming “global leadership in low emissions technologies”. Masquerading as a technology fix to all our problems in ‘decarbonating’ the economy, it contained hand-outs from the Australian taxpayer for worthless returns.  It

# offered funding for researchers into the ever-elusive modern Philosophers’ Stone, energy (and not the nuclear version) from hydrogen.

# promised even more subsidies to capture and bury carbon dioxide from burning coal and gas.

# said how essential it is to provide more funding for batteries and pumping water uphill for later release; due to the proliferation of subsidised wind and solar such measures are essential to rectify the damage that subsidised and inherently unstable wind and solar power sources inflict on the whole system.

# dangled before farmers the possibility of a massive new income source involved in sequestering carbon dioxide in the soils they cultivate.

The National Farmers Federation was quick to welcome the boondoggle that involves paying farmers to store carbon dioxide in their soils.  NFF has been campaigning, alongside other virtue-signalling bodies, for ‘net zero emissions’ – not that they were calling for a return to human-pulled ploughs, donkey-drawn trucks or reduced meat-eating – but farm lobbyists have a long tradition of seeking handouts even before the “protection-all-round” slogan of Black Jack McEwen, the legendary Country Party leader of the 1960s.  That short-sightedness half a century ago, like its modern day version, provided inadequate recompense for the costs to farmers of dearer imports.

Forcing increased carbon dioxide absorption into soils is highly controversial. The World Resources Institute, a green research and lobby organisation, sees little future for it.  WRI argues that “grazing practices that increase the amount of grass growing generally sequester some carbon”, but “maintaining enhanced soil carbon levels is practically challenging” and also requires nitrogen, some of which would be converted into another greenhouse gas, nitrous oxide.

CSIRO takes different view.  It sees the potential of Australian soils and forests to store “somewhere between 100 and 200 times Australia’s current annual emissions.” Drawing from this, it sees a potential to mitigate enough greenhouse gases to offset up to 20 per cent or more of Australia’s emissions over the next 40 years. That amounts to 90 million tonnes a year, a goal suggested by the Technology Statement.

Building upon this, Minister Taylor infers that a “reward” for sequestration might be $20 per tonne, which would provide a handy top-up of $1.8 billion a year on the farm sector’s net annual earnings of $60 billion.

The Technology Statement emphasised that the soil subsidy is not cut and dried.  It noted that the present cost of soil carbon measurement is around $30 per hectare per year.  But if this could be reduced to under $3 per hectare per year, the economics of Australian farming could be transformed.  The minister thought $3 per hectare might be possible using satellite imaging.  That’s the same technology that discovers koala bear colonies in urban backyards and CBD roundabouts, and almost destroys the ability of the NSW Nationals to sit in Coalition with the Liberals!

Australia’s land mass naturally absorbs about 137 million tonnes of carbon dioxide a year. That is 25 per cent of the 550 million tonnes of carbon dioxide (or its equivalent) we actually emit.  International recognition of soil sequestration would only apply to quantities in excess of this, and any landowner’s reward for sequestration would be based on the amount over and above that absorbed at a given date (1990 under the Paris Treaty).

Not netting out annual absorptions is totally arbitrary and favours countries with high population densities.

Provisions in the climate change treaties include Land-Use Change and Forestry (LULUCF), which allow credits for action that reduce emissions.  Australia has pursued policies that prevented land being cleared in NSW and Queensland.  The Howard government (under minister David Kemp) conspired with ALP state governments in Queensland and New South Wales to employ planning laws to prevent land clearing, thereby reducing emissions.  They did so without reimbursing the landowners whose property this devalued. This was contested  by one landowner, Peter Spencer, but the judge said hard luck, there is no need for state (as opposed to the Commonwealth) governments to provide compensation for land that their actions devalue.

Australia is almost unique among developed countries in being a net exporter of products that incorporate greenhouse gas inputs.  That’s because our exports are geared to raw materials, and less elaborately transformed manufactures like smelted metals.  Having some output consumed in other countries misleadingly amplifies the measured greenhouse gas intensity of the economy.

Energy policies force the replacement of low cost coal by high cost renewables, and these exports, especially aluminium, which uses over 10 per cent of electricity generated, will decline.  Though one outcome of this will be a loss in Australian living standards, global consumption of aluminium and other goods with high carbon inputs will be unaffected as other countries’ supplies will replace Australia’s penalised output.

Emission measurement and abatement is a numbers game which, among countries like Australia that take it seriously, progressively focusses economic actions on measures that detract from increasing wealth. Rather than pulling back, the Commonwealth is exacerbating this with its Emission Technology Statement and other recent greenhouse/energy announcements.