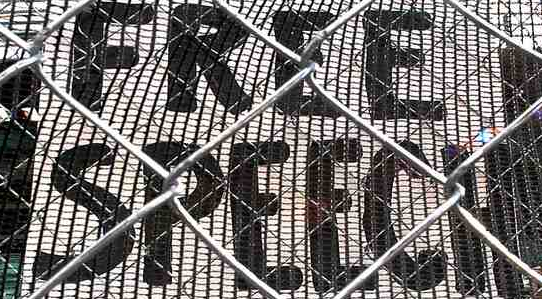 The right to speak and discuss public policy matters is an essential part of democracy – and one which for many years now has been under attack from the Left.

The recent anti-discrimination complaint against me — for saying that women’s sports, changerooms and toilets are designed for females and should remain that way — was a perfect representation of how the Left have weaponised discrimination law, empowered bureaucrats to police ‘wrongthink’, and promoted a dangerous mantra that ‘words are violence’ and debate is ‘hate speech’.

Over the last few years, left-wing politicians, academics and activists have fully subscribed to the tactic of suppressing views they don’t agree with. Across the world, we’ve seen businesses, universities, councils, tribunals, courts, the media and other institutions at best fail to stand up to these demands, and at worst actively support and cheer-lead for the suppression of free speech.

Emboldened by this institutional support, woke activists continually extend the limits of how far they can compel people to think and say things which are clearly not true. How else do you explain the bizarre phenomenon which has emerged out of the US of ‘anti-racist’ training which forces white employees to declare themselves white supremacists and racists on the basis of their skin colour? Every sensible person recognises that judging people and assuming characteristics on the basis of skin colour is the very epitome of racism.

Likewise, we are being compelled to forget everything we know about the terms ‘man’, ‘woman’, ‘male’ and ‘female’. Cancer-awareness groups refer to ‘people with prostates’ and ‘people with ovaries’ rather than give clear advice about who is at risk from deadly diseases. A trans identifying male in Canada infamously dragged female beauticians through the Courts for refusing to wax his testicles.

The overwhelming majority of people know that these situations are ludicrous, yet anyone who addresses them publicly is confronted with a multi-pronged attack from the woke – horrific online abuse (google ‘JK Rowling’), being dragged before discrimination tribunals (myself and many others), and pressure from employers, sports clubs and other captured institutions to modify your behaviour or face consequences.

These tactics have huge implications on the rights of citizens to engage in debate on public policy matters. The new ground rules of the woke, and their re-writing of language to mean whatever activists say it means, puts Australians at risk of legal action for discussing topics which are of national and international public interest.

Topics like who can compete in women’s sport, who can access women’s health services and women’s prisons, whether it’s medically and legally appropriate to give children drugs to stop them going through puberty on the basis of their gender dysphoria are all important public policy matters. Yet according to activists and bureaucrats, any discussion of these issues which doesn’t fully accord with their radical views should be shut down.

And according to anti-discrimination tribunals and human rights commissions across Australia – the activists may well be right when they say common sense points of view and political debate are not allowed. Anti-discrimination laws, both at Commonwealth and state levels, prohibit language that ‘offends’ or ‘insults’ – entirely subjective terms which allow the perpetually offended to claim anyone who disagrees with them is breaking the law.

With every day, Australians, high-profile figures and elected representatives all being hauled before courts and tribunals to answer for the crime of offending someone, it’s only a matter of time before this issue reaches the flashpoint of an unelected bureaucrat attempting to intervene in an election campaign by ruling that one side’s position simply can’t be expressed. Given the past behaviour of these anti-discrimination and human rights commissions, I think we can safely predict it won’t be Labor or Greens candidates who are told their views are too ‘offensive’ to express to voters.

The only way to have a true contest of ideas in a democracy is to allow everyone to speak freely and openly. How else can you understand someone’s views? How else do you learn new information which may contradict your existing position? How else does a voter weigh up the pros and cons of each argument and select the candidate who best represents their views?

As the comedian Ricky Gervais often says, just because you’re offended doesn’t mean you’re right. It certainly shouldn’t mean that you have the right to stop someone else speaking. But until parliaments take action to reset the balance, that’s exactly what it does mean in Australia.

Claire Chandler is a Liberal Senator for Tasmania

Flt 370: A Riddle Veiled In Secrets