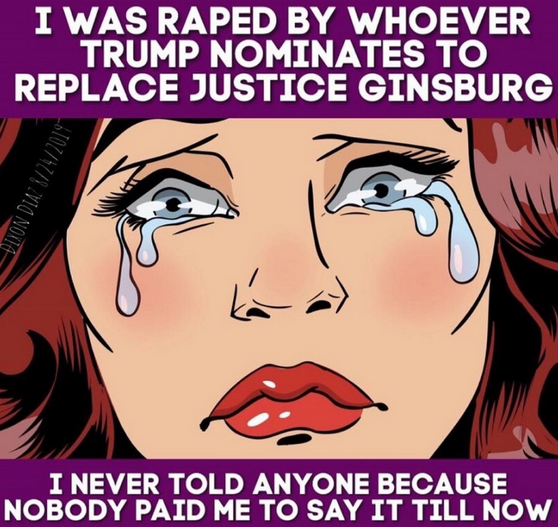 This year, 2020, has been like none in many decades for many reasons, not least the violent, unhinged lunacy of US leftists incited by Antifa, a terrorist organisation plain and simple, and the racist hatred of Black Lives Matter (BLM). Under Obama, BLM blossomed into toxic life in 2014, when Michael Brown, a black 18-year-old in Ferguson, Missouri, was killed while attacking a police officer in his car and trying to seize his weapon. Riots, egged on by blatant lies about the circumstances of Brown’s death, dominated news around the world and set the stage for further eruptions of looting, arson and crimes against innocent citizens over the months and years that followed.

And then, late in May this year, a man, George Floyd, who once held a gun to a pregnant woman’s abdomen while robbing her home, had been arrested nine times for armed robbery and sent to prison six times was arrested for passing counterfeit bills.The rest is history: he resisted arrest and died in custody, his last minutes captured on a bystander’s phone camera and shared on social media. A subsequent coroner’s finding that Floyd had a lethal overdose of drugs in his system was released only much, much later, long after cities across the US were aflame.

In due course Officer Derek Chauvin was charged with second-degree unintentional murder and will face trial for his behaviour, along with his fellow officers. But rather than waiting for the ‘order’ part of law and order, leftists once again anointed themselves judge, jury and executioner of not only the four accused police officers but all law enforcement across the nation.

Leftists believe the rule of law is inadequate when not oppressive. They feel so morally superior that rioting, assault, murder, looting and burning are reckoned justifiable reactions against anything and anyone they dislike.  That isn’t hyperbole, for that is how BLM anarchists and Antifa terrorists have behaved to greater or lesser degrees ever since George Floyd’s death — until, that is, the polls showed the violence was hurting Democratic presidential contender Joe Biden’s  chances, at which point they came to an abrupt end.

The days of leftists combining the words ‘peaceful’ and ‘protest’ ended with Rev Dr Martin Luther King Jr’s murder in 1968 and the resulting ‘protests’ that killed more than 50 people. Indiscriminate violence and lawlessness in the name of ‘justice’, bitter racial hatred and divisiveness in the name of reconciliation, oppressive authoritarianism in the name of equality, proud sexual promiscuity and the industrialised brainwashing of children: these are the strategies of anti-Christian, anti-conservative ‘progressive’ leftists for implementing their vision of society. The most inconvenient obstacles to the Left’s vision of social revolution are economic liberty, the proven institutions of the traditional family, patriotism and Judeo-Christian mores. To the extent that the Constitution and justice system preserve objective morality, the Left is pathologically opposed to them as well.

Thus the Supreme Court of the United States (SCOTUS) and its unique authority to bypass democracy presents both a threat and an opportunity for Leftists who believe – not in the supremacy of any court, constitution or God – but their own self-supremacy.

Most Western legal systems have mutated from a philosophy of  ‘originalism‘ to a pragmatic interpretism which sees judges indulge in decisions they subjectively feel serve the greater good. It’s a case of preferred political outcomes trumping legally correct ones. Rather than serving as expositors of the law, leftists want SCOTUS to be a kind of super legislature. But constitutions aren’t meant to change fluidly “with the times”, and certainly not via judicial activism. That Left agenda has been served by Supreme Court justices such as the late Ruth Bader Ginsburg, who absurdly imagined the 19th century writers of the 14th Amendment meant to protect the ‘right’ to homosexual ‘marriage’.

The Left politically weaponised the judiciary, but conservatives merely want it returned to its designed purpose as a limiter of the federal government and interpreter of the constitution. That’s why it mattered that anyone other than Hillary Clinton made the next SCOTUS appointments. That’s why it now matters that anyone other than Kamala Harris – I mean, Joe Biden – makes the next one.

The sacred cow that Leftists are most worried about is Roe v Wade. They radically assert an absolute ‘right’ of mothers to kill their children at any stage of development in the womb and for any reason. However, even the 1973 Supreme Court, which made that bad law disagreed with Roe’s assertion of an absolute right to terminate pregnancy. The Court attempted to balance the state’s interests in the health of pregnant women and in the ‘potential’ life of fetuses. It’s inescapably true that Roe v Wade is bad law, however unlikely it is that it will be explicitly overturned any time soon, even if Trump gets a third SCOTUS justice confirmed.  That is small comfort to rabid feminists who hold their asserted right to taxpayer-funded abortion as a sacred tenet of what is, in effect, a pagan religion.

Cast your mind back to the confirmation hearings for Brett Kavanaugh. Shameless character assassination, bogus rape accusations and all out violent protests now mark the confirmation hearings of Republican presidents’ nominees, ‘by any means necessary’ now the Left’s war cry. Now factor in that  Trump Derangement Syndrome went up to eleven on the night Hillary Clinton lost in 2016 and has never receded, leaving the Left with nowhere to go but ballistic. The sustained, unhinged insanity of 2020 will likely hit new heights no matter who Trump this week chooses to fill the SCOTUS vacancy. Expect hell to break loose all over again, as the activists and ararchists will stop at nothing to prevent the nomination of someone who doesn’t defer to their preferred political outcomes.

America is at an existential crossroads. The safety of its Constitution, and with it the lives and liberty of millions of Americans, depends on the strategic composition of the Supreme Court. A Republican administration will generally appoint constitutional originalists or textualists who are principally opposed to judicial activism. A Democrat administration will invariably throw the kitchen sink into making sure the composition of SCOTUS is heavily tilted in their favour. As Brett Kavanaugh discovered, that means character assassination, false allegations and hate orchestrated to maintain a sustained crescendo.

Democrat and RINO objections to Trump nominating, and the Senate confirming, a replacement for  Ginsburg before the election are irrelevant and unconstitutional. The Senate has every  right to rush or delay confirmation hearings. Historically, presidents with friendly Senates in election years have gotten cooperation while presidents with an opposing senate have not. Obama’s final nomination was not confirmed 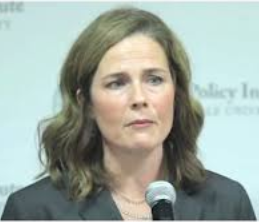 because he didn’t enjoy a supportive Senate. There is no double standard, no departure from standard practice, no deviation from constitutional requirements.

The frontrunner currently is Amy Coney Barrett (right). She’s not yet 50, so a lifetime appointment could see a SCOTUS fixture for perhaps 30 years if Ginsburg’s legal longevity is any guide. When Trump was considering the replacement for Anthony Kennedy, he allegedly said of Barrett, “I’m saving her for Ginsburg.” Reports that the judge and President met yesterday at the White House suggest that remains his plan.

Given that Barrett, a Catholic, is as staunchly pro-life as feminist Ginsburg was pro-abortion, you can guarantee Leftists will stop at nothing to prevent her confirmation. Expect rioting and anarchy everywhere. Conveniently timed rape allegations will be harder to sell, so expect the character assassination to be Christophobic criticism of her faith. Indeed, it has already begun.

There have been nine seats on the Supreme Court since the Judiciary Act of 1869. It’s interesting that of the current eight justices:

# One was appointed by President Clinton (Breyer, as well as RBG, now deceased), and

# One was appointed by President G.H.W. Bush (Thomas).

That’s five Republican appointments with one more likely, and three Democrat appointments. John Roberts is barely right of centre and has drifted slowly to the left in recent decisions, which means conservatives can only really expect four of the current eight to support their preferred outcomes. Trump certainly saved America from a ‘progressive’ SCOTUS, but the important work to secure the Constitution for a few more decades is not yet done.

It is imperative that President Trump, Republicans and right-thinking voters let nothing stop them from conserving the integrity and independence of the powerful Supreme Court of the United States with an originalist, non-activist justice at every available opportunity. The Left will get stroppy, inevitably. It is incumbent of Republicans to match them in their determination.

The Evil of Two Lessers