It’s in The Book 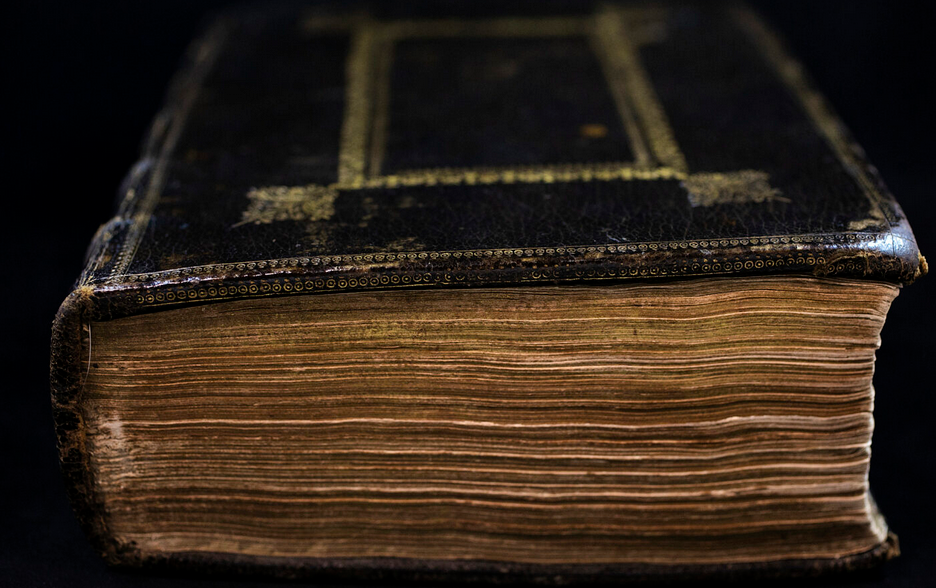 Supposed you were asked to name the most important and abiding characteristic of Western civilisation. You might say the triumph of reason over superstition or, more prosaically, the rule of law or, still more prosaically, property rights. But I doubt any of these is singular. All were present, albeit imperfectly, within Greek and Roman civilisations. What is singular, I suggest, is equality. “We hold these truths to be self-evident, that all men are created equal, that they are endowed by their Creator with certain unalienable Rights…”

Now, as we know, the United States did not put that noble sentiment into practice until a very long time after 1776. Nonetheless, the sentiment eventually held sway and won out. And that is truly amazing. Where on earth did it come from in a world bred on millennia of slavery and, quite apart from that and after that, a world in which people were ranked by birthright and wealth. It is not a naturally occurring sentiment. If it were it would not have been so little regarded during most of the history of mankind.

It came from one religious movement and from one book. There are many passages but, in my estimation, none is as pointed and persuasive as two similar verses from St Paul’s letters to the Colossians and the Galatians. This is from Galatians (3:28): “There is no longer Jew or Greek, there is no longer slave or free, there is no longer male or female; for all of you are one in Christ Jesus.” What possibly can be more profound than that? And it turned the world upside down.

I recently heard a lecture online by John Woodhouse, former principal of Moore Theological College in Sydney. Among many telling observations, one particularly struck me. It went something like this. If, indisputably, peerless Western civilisation was built on Christianity and yet Christianity is untrue, then it must be concluded that Western civilisation is built on a lie.

Stand back. How likely is it that the best mankind has been able to produce has stemmed from a lie? Not at all likely, I would say. In fact, I doubt its remote possibility. Yet, many who value our civilisation, and I am obviously excluding the current vile iteration of the Left, have no belief in God and in Jesus Christ. I can’t explain their ability to embrace what are, in my view, two contradictory ideas at the one time. And will leave it at that.

What can’t be left is the damage a growing lack of belief is having on the fabric of our civilisation. It is leaving us with a lack of ammunition when leftist barbarians are within the gates. Exactly how do you respond when rights become purely transactional, driven by a political agenda; when you have no authoritative, immutable, anchor to fall back on? With difficulty is the answer; and it is showing.

# People with prescribed racial backgrounds have a right to preferential treatment in securing positions, which they couldn’t otherwise obtain by merit.

# The woke mob and their toadies in corporations have a right to censor erstwhile commonplace views which they find disagreeable and to persecute those who express them.

# Women who become pregnant have an absolute right in all circumstances and at any time to end the lives of their unborn babies.

# Those aggrieved by isolated acts of police behaviour have a right in their upsetedness, to riot, to inflict harm on those in their way, and to destroy property. (A peculiarly USA right at the moment.)

# Those who can spot any stain on great men of the past have a right to besmirch their reputations and tear down their statues.

# Those with sexual preferences outside the norm have a right to insist that everybody lauds, not just tolerates, their preferences.

# Those with gender dysphoria and their sympathisers have a right to impose bizarre gender theory on schoolchildren.

# Men in frocks have a right to compete in women’s sports provided they take some hormones.

How can these ‘rights’ be defended? Easy if you’re ‘woke’. Each represents one or more of making up for past oppression, of expressing righteous anger, of rejecting restrictions which impinge on personal freedom or, apparently, of producing a more enlightened society. How can they be steadfastly and consistently opposed?

We can flounder around in relativism; appeal to common-sense; say our immediate forbears would have been appalled. If that’s all we bring to the fight, then there will be no stopping the onslaught on our civilisation. Whence comes certainty and strength to say all of these invented transactional rights are bunkum and a plague on the future of our grandchildren? Only a moral code unhinged from human desires, fashions and fads can do the job.

Biblical precepts are that moral code. Perhaps that is too categorical. It is better said in another way, I think. Which is that a society living within a Christian culture would have no truck with any of these so-called rights. None would have ever got to first base. And there is the clue.

They have got to first base and beyond because our Christian culture is crumbling and collapsing. Lies are supplanting truth. It is then not surprising that the fightback is feeble.

Only a resurgence in Christianity offers concrete hope. Nothing of a non-transcendental character will have the power to compete with rising wokeness. Non-believers who value our civilisation have a decision to make. Do they take a leap of faith and consider getting back to filling pews or are they content to see Christianity and the civilisation it spawned wither away? Finally, a sad caveat for our times: getting back to filling pews, means to those churches still preaching the Bible as written, not some watered-down woke version.

A Coalition Of Cowards?