A Warm Afternoon with Cardinal Pell 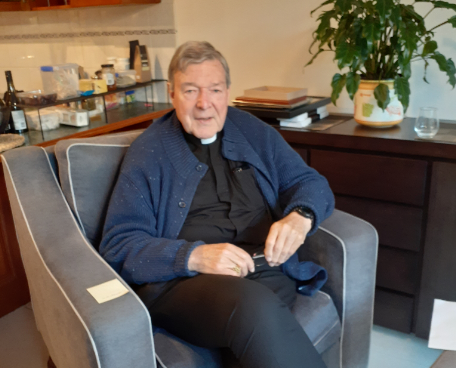 It has been four months since Cardinal George Pell was freed from Victoria’s Barwon Prison on April 7, after the High Court unanimously overturned his convictions. During his 400 days in jail many people, myself among them, sent the Cardinal letters and cards of support, hoping and praying he would be soon released. Now, a few months later, I have had the privilege of sitting for over an hour with the Cardinal who had graciously agreed to a meeting.

Before me was someone who had suffered greatly, yet was relaxed, serene, courteous and witty. While we were conversing, I could not help sensing his inner peace, from deep wells of the soul. 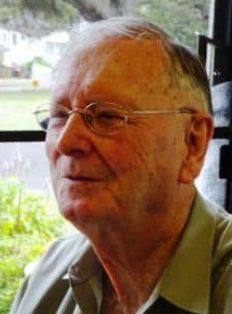 He clearly has an ongoing lively interest in books which prison did nothing to abate.  Our discussion was mainly about his dear friend Father Paul Stenhouse (right), who died on November 19, 2019, and of whom many tributes have been written.

Cardinal Pell noted the “intellectual qualities” and “very fine Catholic writing” of Fr Stenhouse, saying he was “a deeply faithful priest.” He had heard of the priest-scholar before he met him in the 1990s in Melbourne and from there came a meeting of minds in which many situations in the church and the world were discussed. Fr Stenhouse, being the editor of Annals, the longest-running journal in Australian history, put his knowledge of history and language into this doughty publication from the 1960s. There was much to discuss, the Cardinal chuckling at how his older friend insisted on driving him around Sydney, “even when he was in his 80s!”  Asked his opinion of Fr Stenhouse’s driving, the Cardinal replied calmly that “he did not terrify me.”  He recalled how they would visit friends, go to restaurants and visited Camden, where Fr Stenhouse grew up. Among other subjects, they discussed the situation in the church, how to help those suffering from religious persecution,  and their high regard for Saint John Paul II.

When I asked how Fr Stenhouse had retained his calm in a time of Western cultural decay, the Cardinal pointed to his friend’s deep knowledge of church history. He added a personal note here, saying that he himself had studied Patristics, the study of the Church Fathers in the first 300 years of the church. Cardinal Pell obtained a doctorate from Oxford  University  in 1971 with a thesis entitled, “The exercise of authority in early Christianity from about 170 to about 270”,  deeply immersing himself in the events, conflicts and changes within the early church.  He considered that having an in-depth knowledge of church history  enabled him to see what is essential, beyond “the froth and bubble” of politics and current affairs.  It was a sure anchor for Father Stenhouse in a time of cultural turbulence and clearly so for the Cardinal.

See also: Cardinal Pell and the Business of Lying

In a time when the very idea of ‘history’ is derided, not to mention the notion of God’s intervention in history, Cardinal Pell has always encouraged Catholics to know their roots, to study their own history, to be advocates of memory. This resonated with me as a psychologist, as forgetting one’s life story indicates serious illness to health professionals who will attempt to restore what has been lost. If many in the West have forgotten their own stories, the remedy for this cultural amnesia is learning and re-learning our history, whose spiritual roots cannot breathe without them.

Cardinal Pell recalled the “great challenge and tragedy” of our times, the defection from Catholicism of the Anglo-Irish, recalling their great contribution to Australia’s history and how, at one stage, some 300 missionaries were sent from Australia to other countries.  He expressed gratitude to the priests from other lands who had come to work here, noting their conservatism might sometimes created problems, and implying it is now we who are recipients of evangelisation. 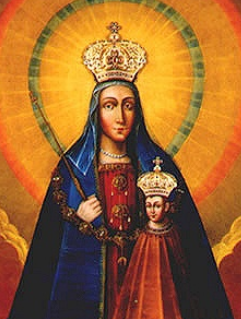 ‘Stolen Virgin Mary’, told to me on one of my visits to eastern Poland and which he had not heard. Briefly, about 400 years ago, Polish Prince Mikołaj Sapieha visited Rome and asked Pope Urban VIII for a painting of the Virgin Mary in the papal chapel. The Pope refused. The prince, not being one to take ‘no’ for an answer,  then stole it and took it to eastern Poland, where it is to this day in the town of Kodeń. The Pope was immensely displeased until Prince Sapieha helped in a matter of church diplomacy, whereupon the prince was allowed to keep the painting. The locals claim many miracles have occurred through the intercession of the Stolen Virgin of Kodeń (left). Cardinal Pell was interested to learn that this was not about the renowned Cardinal Sapieha, who heroically conducted a seminary in Kraków and guided the young Karol Wojtyła into his seminary studies in 1942. No, it was not that Sapieha,  rather an ancestor.

When the subject of his forthcoming book arose, the Cardinal said it would come out in the next month in installments. He  wondered, with a low-key chuckle, if doing it this way in the current age would not “kill it dead.” I remarked that this would be impossible as many are waiting eagerly for his account of his time in jail, when he often awoke to the sound of Muslim prayers, and during which his Catholic faith sustained him. The very existence of Cardinal Pell’s account, even before publication, already promises to be riveting and will doubtless rank alongside those other accounts of twentieth century cardinals Joseph Mindszenty and Francis-Xavier Nguyễn Văn Thuận, both persecuted and imprisoned on the strength of false allegations. 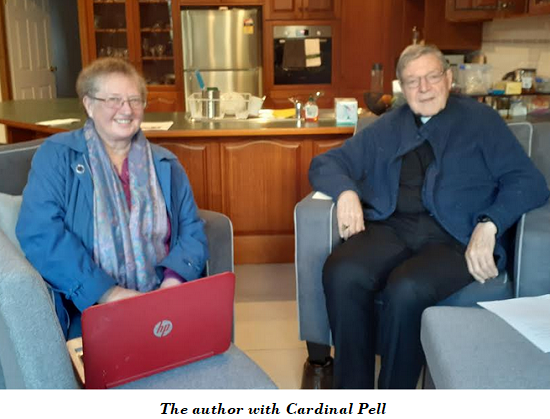 Cardinal Pell suffered at the hands of a post-modern ideology every bit as toxic and irrational as Communism, if masked by smoke and mirrors.  The overturning of all charges leveled against him brought to mind the passage: “Do not weep! See, the Lion of the tribe of Judah, the Root of David, has triumphed” (Rev 5:5).  Cardinal Pell’s witness to what Saint John Paul II called the “Gospel of Suffering” showed that he not only survived but survived heroically.  He prayed a great deal in jail and says publicly that he offered  his sufferings for others in union with Christ’s Cross. He is clearly at peace, without rancour, open to those who talk with him on many different subjects.  His forthcoming book will be a powerful testimony to his quiet endurance and trust in God’s providential care.

15 thoughts on “A Warm Afternoon with Cardinal Pell”

All Cost, No Known Benefit

The real cost of Craig Thomson