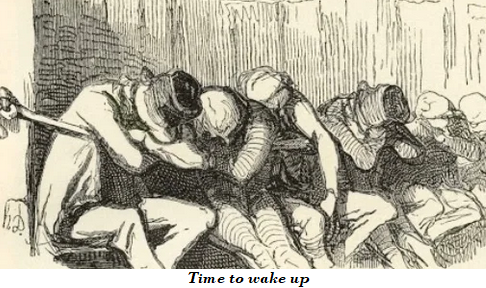 I have read Victoria’s Change or Suppression (Conversion) Practices Prohibition Bill 2020 very carefully. I know its evils. I understand its malign and epochal significance. I also know the Bill will become law early in 2021 and will not be amended in other than inconsequential ways, and then only to cater for certain Upper House members who are actually very keen to vote for it but wish to gesture some modicum of “reluctance” at doing so.

As I explained almost a year ago, ordinary citizens will risk imprisonment if they speak out against the chemical, psychological and physical mutilation of confused children and adolescents who believe, or are being told, they were born in the wrong bodies.

Premier Daniel Andrews has no reason to compromise. He is a hard-core cultural marxist surrounded by like-minded ministers and a well-rewarded bureaucracy that has come to include a politicised Victoria Police, all of which are as enthusiastic as is he about extinguishing the last flicker of Judeo-Christian influence in public policy and in the law itself. The Victorian and national media, with rare and somewhat erratic exceptions, never challenge him. Indeed, when Peta Credlin grilled Andrews about the hotel quarantine debacle, she was derided by journalists who had been for the most part incuriously content to take down Andrews’ stenography and leave it that. It was a lack of curiosity that came as Victorians submitted this year to the most intrusive regulation of their personal lives of a citizenry in the history of Western democracies.

Why would Andrews & Co consent to alter even one phrase in this Bill? What incentive is there for them to do so, however truthfully and competently and clearly we argue the case? They will not be persuaded. Hard-core leftists do not hearken unto truth or reason.

As to the Opposition, no hope of there. Liberal leader Michael O’Brien’s ‘team’ is feeble, disunited and, on issue after issue, a dictionary illustration of political impotence. Indeed, it seems almost to contain as many members viciously anti-Christian and homosexualist in background as the government itself. As a senior Victorian Liberal recently put it in private conversation, “One-third would be at home in The Greens and another third are wind vanes, the rest are on the outer.”

What, then, is to be done? We are obliged by conscience to oppose this new law as effectively as possible. But how can we effectively respond to its passage through Parliament, given the present political disposition outlined above?

It seems to me that Christians and even their non-Christian conservative auxiliaries must take this chance to ensure the Liberal Party finds its backbone or is eliminated as a viable political force. If the party fails on this issue, any of us within the party must leave it. We must persuade those who finance it and manage it to abandon it, as if it were a sinking ship, which it is. We must expose and oppose the pusillanimity and faithlessness of its leadership. We must encourage its eminence grise (national and state) to abandon them, John Howard and Peter Costello to begin with. Do they want any legacy at all? This is the party that facilitated the desecration of the Marriage Act, and whose current federal leader, our Prime Minister, abstained from voting on the Bill that achieved that desecration.

This particular fight on this Bill will be lost but much can be done to start upon the creation of a genuinely conservative opposition which would reflexively and, based upon religious conviction and native principle, fight to the death against bills of this kind in future.

This is a very brief explication of the position I have come to after much reflection. It is not a worthy course to go through the motions of opposing an evil with allies we know will fail us.

Abbott’s Legacy Must Live On