Sound an Alarm: Gender Activism Is About To Silence Us 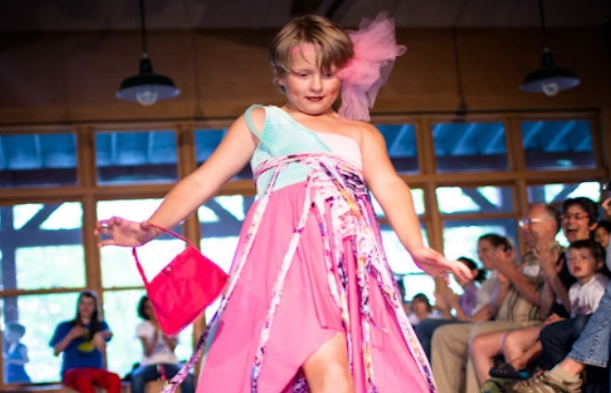 The Victorian government intends to pass a law very soon that may see ordinary citizens imprisoned if they speak up against the chemical, psychological and physical mutilation of confused adolescents. Labor Attorney-General-Hennessey wants to outlaw conversion practices. They are defined in her discussion paper about the proposed Bill as

…any practice or treatment that seeks to change, suppress or eliminate an individual’s sexual orientation or gender identity, including efforts to reduce or eliminate sexual and/or romantic attractions or feelings toward individuals of the same gender, or efforts to change gender expressions.

Queensland already has a similar bill before its parliament. It would authorise imprisonment for those who perform what is called conversion “therapy” in that state. Such therapy is defined as a treatment or other practice that attempts to change or suppress a person’s sexual orientation or gender identity. That’s very broad. While it is directed to those who provide a health service it includes “alternative” ones, and  will very arguably capture pastors, concerned family members, or other lay people who attempt to dissuade a young person they know from embarking upon a “transition” from their natal sex to its opposite.

Transitioning, in the parlance of the new medico-legal commissariat who run the clinics that administer these treatments, means, firstly, a child taking a drug that blocks the release of testosterone (in boys) or oestrogen (in girls) and then, in the next phase, loading them up with doses of the other sex’s natural hormone; physical mutilation is only involved if it moves to a third phase. It often does.

So, for example, in phase one a boy’s voice would not deepen nor the hair on his genitals develop in the same way as he sees happening with his mates; plainly, this often aggravates the effect of any underlying cause of estrangement from his peers. He would develop breasts in phase two; and if he went to phase three he may, amongst other grisly medical procedures available to him, have his genitalia removed or radically reconstituted..

At least in Queensland there is the possibility that the bill’s reference to the performance of therapy might be construed as requiring some quasi-professional context for the operation of the provisions. Thus it may be that it will only be well meaning psychologists or psychiatrists who are sent to jail.  But the standard cognitive therapy offered by such professionals to patients to deal with other conditions akin to dysphoria – that is, simply talking things through rationally with the patient — may surely still qualify as a “practice” and constitute  the requisite criminal behaviour.

It is almost unnecessary for me to tell you that the Queensland legislation specifically quarantines from criminal liability the actual conversion practices that carry the real risks for children — those promoted by the medical and quasi medical cadres of the gender industry, opportunistically exploiting a child’s hesitant and often confused explorations of her or his identity and sexual nature and independence as they enter puberty, when frayed family dynamics or peer pressure are often making such experience more difficult. In such a context  any treatment that consists of undeviating and reflexive “affirmation” of the “choice” of such a child or adolescent is not treatment at all. It is better described as enlistment and it is  being done in the furtherance of political and not medical imperatives.

Thus the Queensland law would provide that:

Are you with me, comrade?

Astonishingly, the fact the person you are trying to assist is a child aggravates rather than mitigates the seriousness of the offence: then it carries a maximum of 18-month, rather than the standard 12, term of imprisonment.

Notice how everything associated with this cult of transgenderism is counter-intuitive, seems to carry with it implications that are the inverse of ordinary moral and legal expectations. If you know that children are being persuaded to embark on irreversible medical procedures with risks of grave side-effects, such as infertility, in a highly experimental and politicised field of medicine where meaningful longitudinal studies are unavailable then you must help them. The moral obligation is that you must make sure they are not harmed.

By use of euphemisms that would barely be understood by an adult, never mind a child, those who relentlessly push affirmation as the only option contend that all of the effects of the hormonal and other treatments are reversible, but they are wrong.  They and the hospitals that have facilitated their recklessness will have to account for this in the civil litigation that will follow soon, I am confident of that. But that doesn’t help those who are being harmed now.

If you are in any doubt about the risks and the scientific irregularities associated with the diagnosis and treatment of gender dysphoria (real and imaginary) in Australia then read what Professor John Whitehall, Professor of Paediatrics at Western Sydney University, has written in Quadrant and elsewhere many times in recent years. He is compelling and the stridency of his call for urgent scrutiny of the medico-gender complex is supported by eminent psychiatrists and paediatricians in Australia and overseas. He is persona non grata with the ideologues, of course; that only raises the index of his authoritativeness even higher.

I should say “read him while you can“. The publication of his measured and reasoned critiques may shortly be illegal under Victorian law.

The Andrews government has plotted this attack on free speech very carefully, as you would expect. First, the Health Complaints Commissioner was given wide power under laws brought in by Ms. Hennessey in 2017 to conduct investigations on her own initiative; she duly and promptly reported on the urgent need to address conversion practices.

Then the radical Marxists of first resort at La Trobe University and the Human Rights Commission were invited to comment on the Commissioner’s report. They did and announced that conversion therapy (only of the unapproved kind, of course) was a terrible practice that must be eliminated urgently with the full force of the law.

Here I am reminded of Andrey Vyshinsky, who always came through with the legal theorising necessary to give cover to Stalin’s latest purges of recusants; attorneys-general have always done the same for Victoria’s socialist governments. Daniel Andrews is the lrader of the most illiberal and radical state government in anyone’s memory, even if its Marxism is cultural and not economic and the materialism “designer” rather than dialectical.

The discussion paper and the reports it relies on, together with Ms. Hennessey’s public utterances about them, make it clear that Victoria intends to make plain what is latent or ambiguous in Queensland’s proposed legislation. It is not just the individual transsexual or homosexual who needs protection from conversion; no, the criminality can arise outside of any therapeutic context. It is society that needs to be protected so the mere utterance of heterodox views about affirmation of gender or sexual “choice” must be extirpated.

Under ‘Key Points‘ in Who should be Protected? this is what appears in her discussion paper

Protection could be limited to a specific group or apply broadly. The protections could be focused on children, persons experiencing vulnerability, persons who have not consented to such practices, or could cover all persons. When thinking about who is protected it is important to reflect on the extent to which those engaging in conversion practices are in a position of power and influence in relation to those subject to such practices.

Comrade, are you with me?

My interpretation of her intentions is wholly consonant with the rest of her discussion paper. Read it.

If you live in Victoria you will already understand all that Roz Ward and his lavishly funded cooperative has been licensed to do in Victorian schools with his pernicious Safe Schools program  and that it has been modelled on account of its success by education department bureaucracies throughout the nation.  You already know the manifest intolerance that gender whisperers display for dissenters. You already know the Andrews’ government form on free speech.

Surely you see then, what is about to happen.

This is what is about to happen: talking about or writing about or counselling against or promoting caution about affirmation as the sole medically permitted response to any putative decision by an individual to transition to their non-natal sex, or even discussing the practice of affirmation generally in a non-supportive way, is about to made illegal. It will at the very least be subject to civil penalty proceedings (in which case, see you in the Tribunal, facing up against publicly funded gender radicals).  Much more likely are serious criminal penalties. I mean prison sentences (vide Queensland’s Bill).

Do I have your attention?

One would need to be a member of the useless Victorian Liberal Opposition, which succeeds at nothing so well as failure, not to see the significance of these matters.

That is my way of saying we must accept our individual responsibility to prevent the enactment of such legislation and that, if it is enacted, radical civil disobedience is our only honourable response.

10 thoughts on “Sound an Alarm: Gender Activism Is About To Silence Us”

Kneeling Before an Altar of Lies