The case for courage in defence of conservative values 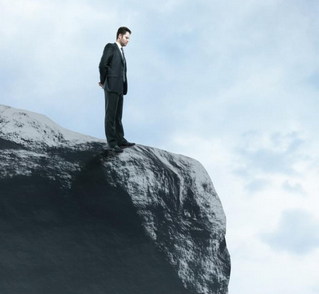 Quo vadis the Liberal Party? The Victorian election appears to have delivered a loud and clear answer to this question. Conservatives are standing athwart history and yelling ‘stop’ — but vast swathes of the electorate simply aren’t listening. This is certainly the lesson being proclaimed by moderate Liberal parliamentarians and their boosters in the media following the stunning Labor victory in what Premier Dan Andrews boasted is “the most progressive state in nation.”

If this analysis is right, the Liberal Party will in future no longer function as a politically viable vehicle for the promotion of conservative views. This might bring the party’s very existence into question in the long run, as rival alternatives fill the political vacuum. In the short-term, a deliberate retreat by the Liberals from conservatism will also rob our political life of a real contest of ideas over important social issues at a time when the progressive Left is aggressively ramping up the culture wars in both public and private institution — from the humblest pre-school to the upper echelons of corporate Australia.

If the Liberal Party adopts the moderate position and doesn’t engage in these cultural battles, the ramifications and transformation of Australian society will be major. We cannot afford for the Liberal Party to conceive of politics purely as a PR exercise. The art and challenge of politics in a democracy demands politicians be responsive to public opinion, while at the same time endeavouring to shape public opinion on vital matters of policy and principle consistent with their party’s core values.

It doesn’t take a political genius to look at the results of the same-sex marriage plebiscite or the Wentworth byelection and suggest that the Liberals would be better off cutting their losses and giving up the cultural fight. The conventional wisdom is that issues such as free speech and identity politics only matter to ‘the base’. The presumption is that the issues that absorb the energies and angst of rusted-on Liberal voters, who are said to have nowhere else to park their votes, can therefore be safely ignored in pursuit of broader electoral support.

It is curious to recommend a political party disregard its strongest supporters. Ignoring the values of the rank-and-file who join the branches, man the polling booths, and who donate and raise money to fill the coffers is a recipe for killing the backbone of the party.

However, the moderates rightly argue that the Liberal Party must appeal beyond the base and must focus on mainstream economic and quality of life issues to appeal to a broader base of voters. They also argue, quite legitimately, that the social or cultural questions which exercise the base do not preoccupy Middle Australia. But they are quite wrong to suggest that these cultural and social questions are therefore mere fringe issues — given their intrinsic importance.

The moderates believe the electorate has become more progressive over time, and that speaking out on conservative issues risks alienating the majority of voters. However, the argument that the culture war has already been lost — given prevailing community sentiments and/or lack of interest — is also only half correct. In truth, the war has not been fully and properly prosecuted because Liberal politicians have not taken up the political challenge of shaping public opinion and have been largely silent on cultural issues.

Those who urge the Liberal Party to fight the culture wars are not political masochist or kamikazes willing to spill the electoral blood of every marginal seat candidate in pursuit of what they believe. To the contrary, they believe it is worth fighting these vital battles — and incurring the political risks — because of the fundamental importance of the issues and principles at stake.

They believe suggestible primary school children should not be exposed to confusing ‘gender is fluid’ theories under the rubric of preventing bullying. They believe public-funded universities should be required to protect free speech on campus and not cave into intolerant protestors who want to silence debate and discussion of so-called ‘offensive’ ideas. They believe the monolithic and increasingly influential ABC should not run its own agenda but provide balanced and impartial coverage that respects and reflects the opinions and perspectives of all the taxpayers who fund it. And they believe freedom of religious people and organisations to practice their faiths should not be restricted in the name of promoting ‘diversity’ — as a liberal democratic society should protect the rights of all citizens equally.

To take up the fight on these issues is not to indulge in reactionary fantasies. It is to practice politics in the best sense of the term: to seek to convince one’s fellow citizens about the things that matter and thereby win the support and consent of the people in a democracy.

This conception of politics-as-advocacy is an anathema to much of the contemporary political class that lacks strong ideological convictions and is content to operate as mere weathervanes blown whichever way by opinion polling. But if the Liberal Party is to save itself, much less the nation, it must not shirk the challenge of pushing back against the progressive zeitgeist in a conservative fashion.

Failing to take up the fight over the content and direction of key culture-shaping institutions would not only leave our politics poorer for the void, but also undermine the future and character of our society. For a modern Liberal Party to be a worthy heir of the political testaments of Robert Menzies and John Howard, it should not sacrifice the protection of fundamental freedoms and principles on the altar of progressive consensus and political convenience.

Dr Jeremy Sammut is Director of the Culture, Prosperity and Civil Society Program at The Centre for Independent Studies

The facts of life