A YouTuber for All Seasons 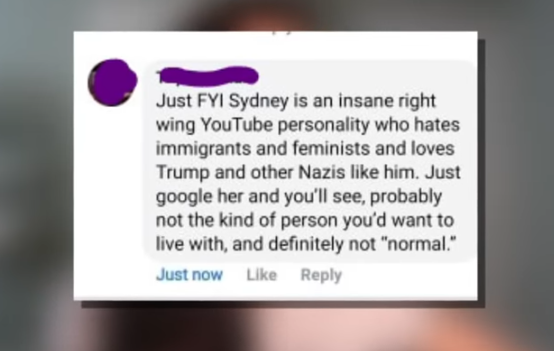 On July 6, 1535, the former Lord Chancellor and Speaker of the House of Commons Sir Thomas More lost his head for standing up to Henry VIII. His chief crime was to believe that the will of God was superior to that of the King. Up until the passing of the verdict against him, More never even said that this was what he believed, but he didn’t deny it, either. Silence was no defence. In the febrile reign of Henry VIII, you could as easily be condemned for what you didn’t say as what you did. Political correctness demanded the fervent positive affirmation of novel political orthodoxies — much as it does today.

These days, quiet forbearance won’t cost you your head, though if you aren’t careful, it might just cost you your job. And twenty-first century intolerance has one other advantage over the sixteenth century variety: if your politics make you unemployable everywhere else, at least now there’s YouTube. It may not be the Chancery or the Privy Council, but if you’re charismatic and you’ve got something to say, you just might be able to eke out a living peddling opinions online.

Among the best of the politically incorrect, socially ostracised YouTubers challenging today’s novel orthodoxies is Australia’s very own Sydney Watson. Or at least, she was Australia’s very own, until she left for America last year. A degree or two at the University of Melbourne apparently sent her scurrying to the relative (political) safety of Washington, DC. A dual Australian-American citizen, Watson is a big admirer of US-style constitutional liberties like freedom of speech and the right to bear arms. And although she had trouble renting a room in Washington once she was outed as a conservative, at least in America she can live a little more anonymously than in Melbourne.

For an outspoken young conservative like Sydney Watson, the idea of living anonymously must seem like a utopia indeed. One of her videos describes how she was harassed off a roommate search site and then kicked out of a shared apartment — for being a Trump supporter. Reconsidering her prior policy of being open about her politics, she kept More-silent with her next host, only to have her very kind progressive roomie confide to her that she had disowned her brother for voting Republican and was glad that Sydney had been lucky enough to escape such a racist country as Australia.

Watson’s political views — at least, as expressed on her YouTube channel — are pretty garden-variety conservative, bordering on plain common sense. She thinks that people have a right to defend themselves against housebreakers, without first having to ascertain exactly what level of violence would be sufficient to repel them. She thinks women should be allowed to carry pepper spray. She worries that male-to-female transsexuals are undermining women’s sports, wants fat people to take more responsibility for their own health, and likes Christmas.

Yet she has been vilified as a racist, a sexist, and a homophobe. I know, because that’s how I found her. I had never heard of Sydney Watson until I saw a Twitter contact slander her with all three epithets. So I looked her up. I didn’t read all of her Tweets (I’m not stalking the woman), but I did watch every one of her YouTube videos, and although I don’t agree with everything she says, I would be happy to be called as an expert witness if she decides to sue her detractors for defamation. If she were in one of my sociology classes, I would compliment her use of logic, give her a high distinction, and recommend her for a university medal.

And she would deserve it. She studied criminology as an undergraduate, and her crime-related videos in particular are data-driven and well-researched. This includes videos on street crime, intimate partner abuse, and the disproportionate sentencing of male and female offenders. She comes across as a bit obsessed with the idea that women can abuse men (as well as the other way around) and use children as bargaining chips in family court, but that’s probably just her playing to her (presumably overwhelmingly male) audience. Some of her straight criminology videos are actually good enough to assign in class — though I wouldn’t try it. YouTube may still be a free speech zone, but university classrooms certainly are not.

Watson is particularly harsh on feminism, probably because the only kind she has experienced is the virulent Melbourne academic strain. One suspects she would get along well with first-rank feminist intellectuals like Hirsi Aly and Bettina Arndt. But having imbibed (well, in her case, perhaps ‘choked down’ would better describe it) several years of contemporary university feminism, Watson may not even be aware that Aly and Arndt are feminists. She certainly seems unaware that she, herself, is a classic feminist. Now only in her early twenties, Watson has the potential to blossom into one of the great feminists of the twenty-first century. One can only hope.

Perhaps the worst that can (and has) been said about Watson is that she sometimes keeps questionable company. One of her early interviews was with Gavin McInnes, professional provocateur and founder of the controversial ‘Proud Boys’ men’s organisation. In the interview, available on Watson’s YouTube channel (McInnes’s has been banned from the site), McInnes repeatedly tried to tempt Watson into endorsing his extreme views. She was friendly and polite, but consistently declined the bait. McInnes talked trash; Watson answered with data. All in all, it was a very mature performance for someone so young and (at the time) politically inexperienced.

Sydney Watson may not be a keen student of the Church Fathers who is fluent in Latin and Greek, but Thomas More never made a YouTube video. Watson’s are scintillating. They are simple and direct, yet full of self-deprecating humor and sarcastic wit. One recurring gag has her donning a purple wig to turn into her feminist student alter-ego; another has her glasses-wearing serious self correcting her politically incorrect faux pas. Her 60-plus videos bear binge-watching very well, which is more than you can say for most professionally produced television series.

So if you’re looking for angry, shrill, one-sided, fact-free political commentary, turn to your ABC. But if you want to support genuine, high-quality Australian content, go to Sydney. Sydney Watson, that is.

Salvatore Babones is an associate professor at the University of Sydney and a frequent contributor to Quadrant.

5 thoughts on “A YouTuber for All Seasons”

Deaf to our better angels

The Legislative Assault on the Seal of Confession