Our Coming Bleak Winter and Beyond 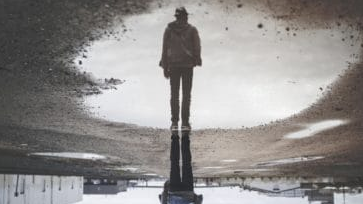 These are certainly interesting times — and they are about to get more interesting. Winter is approaching and the flu season with it, leading the medical experts who have dictated state and federal responses to COVID-19 to warn that the fabled “second wave” soon will be upon us. That tertiary eruption of the Wuhan virus hasn’t actually happened anywhere else in the world, so we’ll just have to wait and see if history fails to repeat itself here. What we do know is that, be the mooted resurgence real or not, the policies that have made a shambles of the economy will remain in effect as diktats or, when rescinded, their long-term consequences. Until political leaders find the courage to reclaim responsibility for the state of the nation, the virus and far more damaging policies imposed to combat it cannot, and will not, be separated.

And after that comes the bushfire season. Mitigating fire risk and actually fighting fires require vast amounts of planning and resources, as we know from previous fire seasons, up to and especially including the last. But for the upcoming fire season, there will be much less of those resources to hand, both human and financial. How, for example, is a volunteer fire unit to ready itself for action, to build the teamwork and response structures, if social-distancing rules remain in effect as the weather warms and the bush dries to tinder? With federal state governments charting their futures in red ink, won’t the temptation be to cut back on that which is not immediately pressing? Will we see less fuel reduction being done and equipment updates postponed? Probably.

Prime Minister Scott Morrison will need a well-earned holiday by then, but could there possibly be a right time for him to set aside the burden of office? The simple truth is that there is no right time, according to his critics on the Left. Whatever he does, count on the ABC and media in general to find no shortage of quotable critics — “experts” to a man — asserting he has blood on negligent hands.

That’s the thing about experts: they are the media’s ever-handy cudgels for beating up political enemies. A few months ago they were preaching climate change to us, citing the bushfires as Exhibit A.  At least one of those alarmists, Victoria’s Chief Health Officer Brett Sutton,  switched seamlessly from the health threat of the “climate emergency” to ordaining how COVID-19 must be managed.

For all the armchair critics with your Facebook-endorsed qualifications in firefighting, public health, epidemiology and health economics, can you please offer your suggestions now for what this government should be doing to address the next crisis, whatever it might be, and the one after that? You demand oracular foresight from Morrison & Co, surely you can share the secrets of the crystal ball and the remedies it prescribes. Or is it that your vision is 20/20 only when it comes to hindsight?

For those who offer such advice, here’s a story that should encourage you to do more thinking and less talking, to consider the human and so far largely hidden cost of yur war on COVID-19. It concerns a family of my acquaintance, a family that had been shouldering the usual expenses and then some that go with raising kids and running a household. One of the children needs extensive dental work, which if done now, will avoid serious dental and health-related problems in the years to come. Another child is shy but  shows great sporting potential and was selected to go to a camp for professional training and mentoring that would likely lead to a scholarship. The other child has severe anxiety problems that require the help of a therapist each week.

Up until the economy was crippled by the experts’ lockdowns and business closures, many likely to be permanent, the parents were meeting their children’s needs thanks to the mother’s part-time job. With the onset of COVID-19, she lost that job. Oh, and the family car now needs major repairs. The parents now need to reassess their plans. Unlike governments, they cannot print their own money, so it’s looking like the budding sportsman may no longer get to go to sports camp. You can imagine his disappointment, as he does not understand that there is not enough money, and that there are competing priorities within the family that he does not fully appreciate. As to the needs of his siblings, the family will do the best they can to press ahead and as adversity makes the slope ahead even steeper.

Yes, for that family and the nation as a whole, the next 12 months will be very challenging indeed.