The West Fades to Black 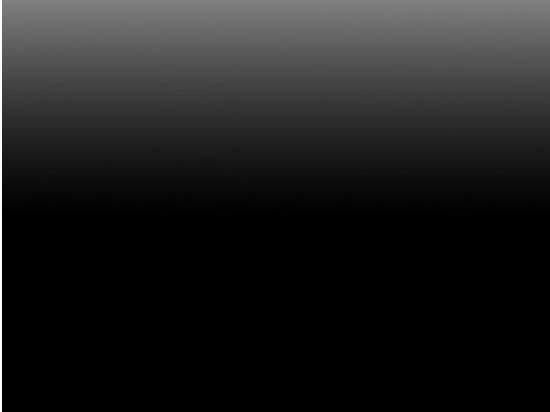 It wasn’t surprising when a sombre group marched along a New Zealand beach to protest the ongoing murders of white South African farmers chose to wear black “the colour of death”. Unfortunately, their choice to wear black did little to attract the attention of our media, where this important cause received little mention.  Possibly part of the reason, apart from the increasing failure of the New Zealand media to provide barely minimum  coverage of so much vitally important happening world-wide (except, of course, regurgitating the almost daily attacks on President Donald Trump), is that black is now the colour characterising this country.

Perhaps, initially, this may have been because of the sporting media’s infatuation with the All Blacks, now corporatised (with today’s over-hyped, basically embarrassing haka) to well beyond when farm lads and other enthusiasts looked forward to a great Saturday clash, their heroes becoming sporting legends. However, national pride in a top rugby team did not previously lead to the extraordinary prioritising of this most dismal of all colours – (one, in fact, regarded as a non-colour) but now seemingly creeping over the West, as very much on this side of the Tasman. 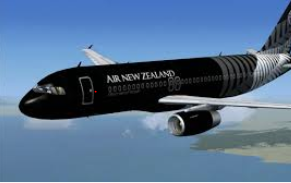 Down the country lane nearby, neighbours have painted their house and roof black  — and not just the house but their outside sheds, garage  and letterbox. Predominantly black houses have become relatively common. Black encases the glass of the new air terminal at Nelson Airport. No prizes for guessing the colour of the gloomy Air New Zealand section inside, not with an airline which now also paints its planes black. The most prominent of building firms advertising on television display their houses with uniform black or dark grey roofs, black facings, even black interior accents. Black mattress bases, black furniture throughout department stores – black fridges now available…

Why such a sea-change? I checked with various businesses, including the local council which once insisted new houses use regressive colours to blend in with the landscape. None were able to explain this change in thinking. 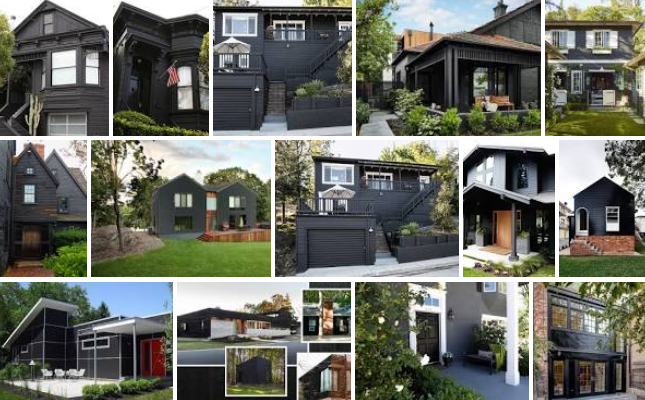 Where once “the little black dress“ was a fashion staple but seldom otherwise seen, now black is de rigeur. Lately, female staff in many banks, shops and businesses have been required to dress in black, with one young girl confiding it wasn’t so bad in the shop during summer, with air-conditioning, but desperately taxing going to and fro from work. A department store last winter was a challenge to optimism with black dominating all clothing on offer. Today’s fashion has corporate men all in black; restaurants’ staff now predominantly dress in black; the very restaurants themselves are largely black.

Black has long been the predominant colour of mourning in the West, worn by Queen Victoria for the rest of her life for her beloved Albert. Typically, it is also worn by Greek widows, who however,  are expected to do so for only two years. 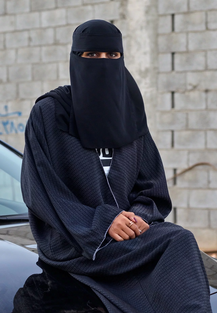 What is most extraordinary and challenging of all is that the very caring staff in a local rest home for elderly residents  are required to wear black uniforms. Whatever happened to common sense when those near the end of their lives, who might rejoice in colour, are presented instead with the colour of death? The same extraordinary choice is offered in a local private hospital where those facing operations are, incredibly enough,  issued with black gowns.

Why black as a fashionable colour has spread like a virus throughout the West raises questions about democracies missing the irony of identifying, colour-wise,  with the murdering cults of ISIS and the forced subjugation of Middle Eastern women such as those in Saudi Arabia. Perhaps there is little the wonder at it being forced on countries where women are so subjugated. Saudis — Saudi men, at any rate — claim their dress codes for women safeguard family values from the corrupting decadence of the West, and in so doing disgracefully bully their womenfolk to virtual servitude,  available to be beaten or sexually abused with little chance of redress, even put to death.  It puts that country to shame – given  21st century women elsewhere being treated with respect equal to their menfolk.  Saudi men’s long oppression invites the question of whether the primitive treatment of their women shows they are basically intimidated by the fairer sex.

However, it is by no means the only country where Islamic religious fundamentalism has long battled to subjugate women, with Pakistan and Iran other obvious examples. Nevertheless, the basic hypocrisy in now giving Saudi women permission to drive while simultaneously imprisoning the brave women who fought for this right, doesn’t invoke the response it should from Western feminists long averting their gaze from  genuinely oppressed women world-wide.  I remember one hot Swiss summer in Lucerne seeing a young Muslim woman tripping on some steep steps while carrying a child, but left to recover without help. Together with an older woman companion she sweltered in her black head-to-toe shroud. Their male companions were dressed in colourful Western clothing, jeans and cotton shirts.

That black, with the compulsory abaya the uniform of oppression in Saudi Arabia, Iran, and elsewhere, raises questions about its mirror imaging by the West.

So what is happening? All fashion, of course, is conformity. But is there a deeper malaise that has caused the West to turn from the colours of optimism and hope to the dreariness of a non-colour traditionally associated with depression, defeatism … and the coming of night?

The Love Song of a Grateful ‘Wog’

Islam a Threat? Bet Your Freedom on It