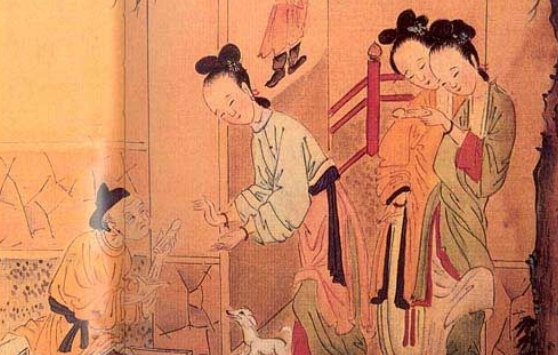 ANZ chief economist Richard Yetsenga has published an essay canvassing the factors retarding China’s progress: restraints on the private sector, favouritism towards state-owned enterprises, and restraints on the informal credit system or shadow banking. These can all be remedied by government action, especially in the totalitarian regime currently prevailing in China.

What may not be capable of remedy is China’s newly-emerging demographic problem – a problem which also afflicts Europe, Russia, Japan, and many countries which have failed to, as Genesis puts it,  “be fruitful and multiply”:

In the free enterprise countries of Europe, plus some of those in Asia and in North America and Australia, the problem of birth rates below replacement levels can be temporarily ameliorated by immigration from India and working-age “refugees” from Africa and the Middle East where birth rates are still healthy, but this option is not available to China which has – literally – been hell-bent on reducing its population and strictly enforced a one-child policy. The policy has been only too successful and now China has belatedly realised its demographic problem – an inverted age “pyramid” with more citizens over 60 (that is a retiring age for many people) than children under 15.

This is a serious demographic problem, perhaps a disaster, for any country, but wealthy countries in Europe, North America and Australia can deal with the issue to some extent, as they also take in large numbers of working-age immigrants and refugees from Africa and the Middle East. However China has operated a brutal one-child policy for decades and this is now haunting the country because it needs to provide pensions for its millions of elderly but has fewer young people entering the workforce.

I once watched a documentary about the pathetic plight of widows in rural China – it is mostly widows who are suffering because they outlive their husbands and the one child they were allowed to have has long since left the rural area in search of better pay in the cities. These widows are isolated and lonely, even if they get some financial support from their one child. Another consequence of the one-child policy is explained in the clip below.

China’s demographic problem has been exacerbated by the national cultural preference (common to many Asian countries) for male babies over female babies. Many female babies were selectively aborted or abandoned to die. With the imposition of its coercive one-child policy China has been left facing not only a demographic age-related problem but a severe gender imbalance. It has been reported that there are 40 million Chinese men for whom there will be no availability of Chinese wives, even if some are kidnapped from across the borders of Thailand, Vietnam etc.

Belatedly, China has recognised its demographic disaster and is now encouraging couples to have two children. But guess what? Like their counterparts in the prosperous West who have below replacement-level birth rates, Chinese couples are not taking advantage of this new permission and are mostly not having two children. It seems as if once religious faith and cultural tradition is lost, so is optimism about an earthly future, let alone the Hereafter.

Babette Francis, mother of eight children, is the National & Overseas Co-ordinator of Endeavour Forum Inc., a pro-life, pro-family NGO which has special consultative status with the Economic & Social Council (ECOSOC) of the United Nations

4 thoughts on “China Reaps the Seed it Didn’t Sow”

The Problem with Islam is Islam

The Dumb Deal and a Presumptuous PM

The Dirt On Overland’s Poetry Editor