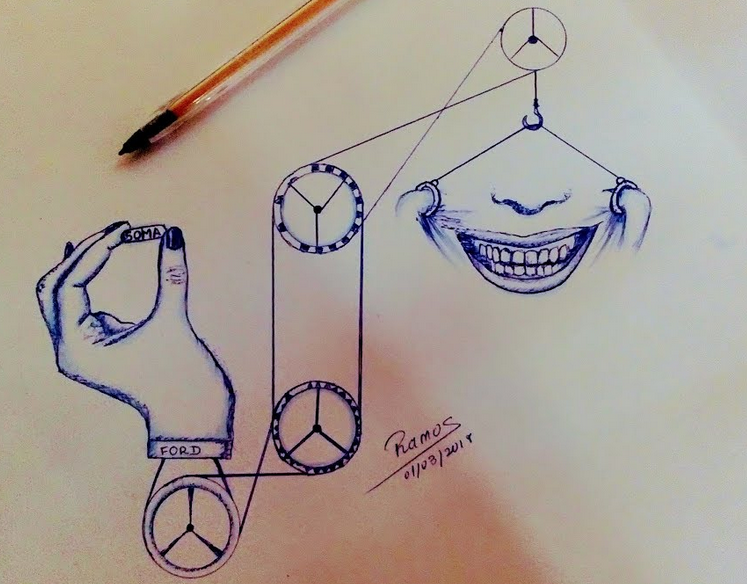 The ABC recently reported on the alleged plight of 22-year-old James Emmanuel, better known by his rap artist name of JamarzOnMarz. There is a good deal of waffle in the piece, but the salient point is this: four years ago, at the urging of school authorities, young James had his hair cut.

Why did the national broadcaster find this to be a story of terrible importance? Well, James Emmanuel, who formerly sported an afro, is a fellow of Kenyan background, so the principal’s request that he get a bit of a trim can be seen in a much more sinister light. School uniform codes, Emmanuel now avers, are — yep, you guessed it — racist. With the assistance of petitioners and a Labor MLC, he wants to amend the NSW Anti-Discrimination Act to protect future victims and outlaw such bigoted policies. There will also be, I presume, a clause on the appropriate punishment for transgressors.

This pathetic tale, variations of which are repeated daily in our media and universities, illuminates a good deal of what we are up against. There is the assumed virtue of those who claim to be poor victims; there is yet another indication of the social justice Left’s capture and thorough colonisation of institutions such as the ABC, which is 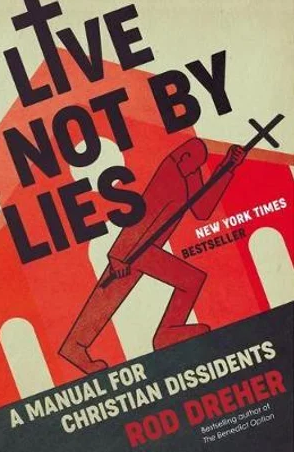 ostensibly run by adults; and most worryingly perhaps, there is a blatant attempt to remake the law as an instrument of woke ideology. One also notices the misuse of language. JamarzOnMarz and his co-thinkers hurl weighty epithets like racist or transphobe or fascist with remarkable ease. We should think carefully, then, about the words we use to address our enemies and accusers.

Wokesters, snowflakes, or social justice warriors, with the addition of an insulting adjective, are the obvious options. There is a risk, though, that such labels could be embraced rather than rejected. It is also tempting simply to return the charge of racist, especially to the very confused ‘anti-racists’, who love nothing better than to demonstrate fanatical contempt for everyone who happens to be white and is unwilling to take a knee. There are many things to recommend in Rod Dreher’s latest book, Live Not by Lies, but I like best his rescue of the word totalitarian and its application to those of a progressive mindset. This may cause some to wince, perhaps thinking that such a word choice is also an abuse of language. Dreher will convince you otherwise. Drawing on Hannah Arendt, the great theoretician of totalitarianism, he writes:

[A] totalitarian society is one in which an ideology seeks to displace all prior traditions and institutions, with the goal of bringing all aspects of society under control of that ideology. A totalitarian state is one that aspires to nothing less than defining and controlling reality. Truth is whatever the rulers decide it is.

Dreher shows how the woke elites in Western societies are not merely threatening such a takeover; in many ways, they have already achieved impressive results. Whether it’s the New York Times’ 1619 Project, a preposterous rewriting of American history and its founding, or the indoctrination that goes on among the inmates at universities, the ideology of social justice is already exerting control and redefining reality.

If you considered my earlier example of the journalistic priorities of the ABC merely risible or frivolous, consider another one.

Academics recently advised the US Center for Disease Control not to provide COVID vaccinations to the more vulnerable elderly population, as this cohort is made up of too many white people. Killing them off, you see, would “level the playing field a bit”, as Harald Schmidt of the University of Pennsylvania pointed out. Call it applied ethics, in its social justice variant.

It’s no wonder, then, that Dreher compares the SJWs to Bolsheviks in pre-revolutionary Russia, as their ranks

are full of middle-class, secular, educated young people wracked by guilt and anxiety over their own privilege, alienated from their own traditions, and desperate to identify with something, or someone, to give them a sense of wholeness and purpose.

In this reading, the votaries of social justice and identity politics have created both a “pseudo-religion” and a utopian goal: the liberation of the deserving (the oppressed, the gender non-conforming and so on) which can only come about through the destruction of everything we have inherited. As for truth, well, some of the latest and most unchallengeable ones include the notions that men can have periods, and that ideological conformity is actually diverse and inclusive, and that words like mother and father are offensive and should be extirpated, as Nancy Pelosi’s House of Representatives has just shown.

Keep in mind, though, that new and perhaps contradictory truths may be introduced tomorrow, and you’ll have to believe those ones, too. If you show any reluctance, the commissars of cancel culture will either get you into line, or destroy you. Although there won’t be gulags or firing squads this time around, it’s clear that we aren’t exactly up against a few campus snowflakes anymore.

For Dreher, this is a crucial point, and it is part of what makes social justice so powerful and attractive. This is not the totalitarianism of the Soviet Union or 1984, even though Marxism and Newspeak are part of the intellectual and coercive equipment. Rather, Aldous Huxley has turned out to be the true prophet: ours is a soft totalitarianism that “masks its hatred of dissenters from its utopian ideology in the guise of helping and healing.” The effects will be similar, however: demoralisation and the crushing of your soul.

The great strength of Dreher’s book and its thesis is his reliance on interviews with Eastern Europeans, those living in their own countries as well as migrants. They all offer the same warning: the regime of identity politics and social justice reminds them of the Soviet totalitarianism that they escaped and still hold in their cultural memory. They see something quite obvious that many do not. In the decade after the Cold War, the French philosopher Chantal Delsol noted that Eastern Europeans retained an awareness of “the tragic dimension of life’, and this was something the prosperous and liberal democratic West had forgotten. The Easterners remembered how easily everything can be lost.

Douglas Murray, in his masterly book The Strange Death of Europe, observed this same mindset in the debate over the migrant crisis, in which countries such as Germany opened their borders to millions of newcomers, mostly of Muslim background. In contrast, when urged by the European Union to be similarly welcoming, Hungary, Poland and Slovakia less than politely declined, as they thought it unwise to irrevocably change or fracture their societies. Perhaps when they looked at political Islam, they also noticed another form of totalitarianism looking back at them.

We can still learn from the wisdom of Eastern Europeans and other dissidents. Dreher’s title comes from the last essay Aleksandr Solzhenitsyn wrote before his exile, and his exhortation to live not by lies, but to live in truth, always, must be remembered and taught again. In a series of arresting chapters on the lessons and experience of Christian dissidents, Dreher provides further practical guidance on how to keep faith alive, organise the family as a cell of resistance, and find solidarity wherever one can. While Dreher principally writes for a Christian readership, there is no doubt he would let into the bunker any person of good heart, and there is much in these pages that secularists and even wavering leftists will find persuasive.

It will be hard to come away feeling uplifted, though, as it’s easy to notice Dreher’s ever-present sense of fatalism. While he articulates both the problem of soft totalitarianism and the means of resistance, sooner or later, you’ll have to face the fact, unpleasant though it may be, that the only options are either to resist or submit.

When that time comes, Rod Dreher’s model of intellectual honesty and moral courage will be part of the weaponry on which we must rely.