A movement to censor our history is forming at Australian universities. Students and academics are campaigning for buildings and lecture halls to be renamed because of their association with ‘offensive’ historical figures. They no longer feel comfortable confronting, or even acknowledging, the past— instead, they want to expunge it altogether. Their first target is the renaming of the Richard Berry building at the University of Melbourne.

Richard Berry revolutionised the teaching of anatomy in Melbourne. He wrote the standard anatomy textbook used by students for some twenty-five years. As dean of medicine he advocated for the placement of a hospital near campus that could work closely with the university, a dream that became a reality after his departure. Berry’s contributions to teaching, as well as an administrator, were so outstanding that when a new anatomy building opened, which he designed, it was only natural to name the building after him.

Sadly, despite his capabilities, Berry, along with John Maynard Keynes, George Bernard Shaw, H.G. Wells, and Winston Churchill, advocated for the patently racist and discredited eugenics movement of the early 20th century. Eugenicists sought to promote certain genetic traits, and discourage others, by manipulating sexual reproduction. This supposedly scientific theory was used by the Nazis to justify their atrocities. 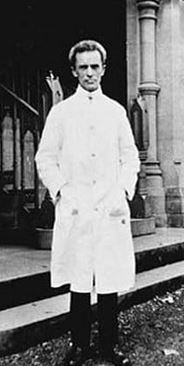 Berry (right) researched the relationship between skull sizes and intelligence, collecting a large number of human skulls for research. He also advocated for sterilisation of Aboriginals, people with a disability, and other groups he viewed as inferior. Student union president Tyson Holloway-Clarke says the existence of a building named after him is ‘confronting and alienating situation for Indigenous students.’

The move to wipe Berry’s name from the building he designed follows in the footsteps of similar campaigns on British and American campuses. Oxford University students unsuccessfully advocated for the destruction of a Cecil Rhodes. However, their campaign failed to appreciate Rhodes’ positive legacy. The Rhodes Scholarship has provided extraordinary educational opportunities to thousands from the developing and developed world, people who would otherwise never have had the opportunity to attend such a prestigious institution. It has helped train the leaders of countless countries, including our own prime ministers Malcolm Turnbull, Tony Abbott and Bob Hawke.

Yes, Rhodes’ legacy, just like Berry’s, is deeply flawed. It is vital, however, that we acknowledge both the virtuous and vile in our history. Our past is neither good nor evil, rather, it reflects the varying shades of grey that make up the complexities of human character. It reflects our constant drive towards progress and developing a more compassionate society. It is vital we remember and attempt to fully understand the complexity, not seek to censor our past.

We must be careful to not project modern ideas, which simply did not exist at the time, onto history. The speed of human progress has led to an extraordinarily rapid change in cultural understandings, political values and scientific theories. The essence of historic analysis is gaining a full understanding of these changes, and the world in which historic figures lived. The alternate, applying today’s values to the past, makes it almost impossible to find any respectable historical figures for admiration or study.

It would require Labor to rename their think-tank, the Evatt Foundation, because Doc Evatt brandished a letter in Parliament from Soviet foreign minister Vyacheslav Molotov falsely claiming there was no Soviet spying in Australia—a letter written by the same individual who signed the Soviet-Nazi Molotov–Ribbentrop Pact. Liberals would have to stop celebrating Robert Menzies because, in the height of the Cold War, he advocated for the illiberal policy of banning a political party, the Communist Party of Australia. Americans would have to abandon their constitution and bill of rights because two-thirds of the founding fathers owned slaves.

If we actually want to understand, not simply abandon, the past we must comprehend the world in which these people functioned, the threats that motivated them, and the cultural values of their time. We must understand that Evatt was motivated by a theory, albeit false, of conspiracy between the government and the security establishment to discredit Labor. We must understand that Menzies believed, based on the stated aims of Australian communists, that there was a serious clandestine threat to our democracy. And 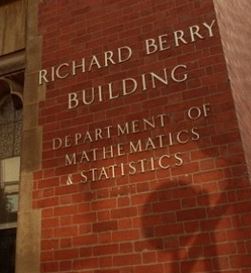 we must understand that the American founders lived in a time when slave ownership was common across the world. We can, and should, criticise their views and actions, but it is ahistorical to apply today’s values to figures living in a different time.

Censoring the past also hinders the educational mission of universities. These statues, buildings, and lecture halls provide an important opportunity to confront our history. Renaming buildings allows past injustices to be forgotten, to be wiped off the public memory. Leaving them in place is a good reminder and educational opportunity. Rather than rename the Richard Berry building, making him float away into the abyss of history book footnotes buried in the basement of a campus library, it would be appropriate to place a prominent plaque near the entrance of the building explaining both his contributions and abhorrent views. This would allow students to understand the fact that this person did exist, and what he actually did. It also prevents the university from taking the relatively easy step of wiping out a dark part of their history.

Ironically, the University of Melbourne has previously hosted a disability support services unit in the Richard Berry building. Some have claimed that this placement is insulting. However, the opposite is in fact true. The best way to show just how wrong Berry’s ideas were, and to display how far we have come as a society, is to act in the completely opposite manner. It is to celebrate that students from all backgrounds roam freely in the corridors of the Richard Berry building. This allows us to not forget the complexities of our past, and delivers a far more nuanced understanding of what is right and wrong.

The Irrational Fear of a Cheap, Effective drug

Lost in the Dark Alleys of Outrage