The Rich Get Richer. Good 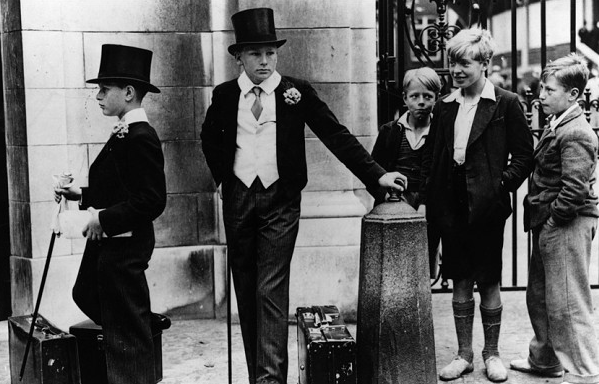 Line up any bunch of political lefties anywhere and their key to delivering free stuff is taxing the rich. This applies to all of the Democrat presidential candidates in the USA. In addition to confiscatory income taxes, Pocahontas (aka Elizabeth Warren) wants to impose a wealth tax, in the style of French socialist economist Thomas Piketty.

Apparently, those rich people are selfishly keeping goodies from us ninety-five percenters. This is the grievous money delusion (GMD) which seduces callow minds. It can only be compared to the grievous warming delusion (GWD) which has swept away reason among so many in recent years. It is perhaps no coincidence that those particularly susceptible to GMD succumb to GWD.

It is also disappointing that economists, worthy of the name, in other words, excluding sad lefties like Paul Krugman and his ilk, hardly ever explain the position clearly. They generally go to the point that high taxes undermine incentive. They do to an extent. But only to an extent.

There was an instructive survey of Ford Motor company workers in the late Sixties I think it was. They were asked whether they thought their fellow workers would likely work less overtime if taxes were increased. Something like ninety percent said yes. They were then asked whether they personally would work less overtime. Something like ninety percent said no.

The real argument against confiscatory taxes is not to do with incentive, it is to do with the with the driving force of successful capitalist economies. That driving force is capital investment fuelled by saving and augmented by invention. Saving some of what is produced and using it to sustain life while things are built like, factories and machines, which help make more goodies, cheaper goodies, better goodies and new (previously unthought of) goodies.

For those who have not read me before on this topic I will put the position in stark terms. The rich do not have goodies to share. Well, not to speak of. Take their mansions. These could be reduced to tiny pieces of rubble and shared about. Care for a small piece of rubble, poor person? Take their fancy cars. Care for an extremely tiny piece of a nut and bolt, poor person? Money cannot be eaten, cannot be used for clothing or for shelter and cannot drive people around.

Don’t get me wrong. I would like more money even with the added risk it brings to one’s chances of heavenly ascension. That is why I buy the odd lottery ticket. And I am all in favour of taxing the rich rather more than the poor. But quantity matters. I like “desert island examples” because they reveal unadorned truth.

Among the marooned is an ingenious and industrious chap, call him Bill, who has worked hard to pick and store extra coconuts. Some of those less adept at picking coconuts ask Bill for some of his to help them out. He agrees but says only so many because I need the rest to tide me over while I build a boat. With a boat I will employ people to help me catch fish and, to one extent or another, we shall all be better off. And so it was. Imagine now Pocahontas in the brew. Most of Bill’s extra coconuts are shared about. Bill doesn’t build his boat. Everyone suffers.

Rich people mainly own titles to things – businesses, properties, factories, mines – which cannot be divided up. The titles can be divided up. So instead of a comparatively few rich people owning everything, everyone owns a title to, say, one billionth of a factory. What exactly do you think they will do with it? I’ll tell you what they’ll do. They will swap it for goodies.

Demand for goodies will soar. The economy will re-gear to produce goodies. Pretty soon only goodies will be produced. Capital investment will stall. The capital stock will run down. Progress will reverse. Poverty will rise. Welcome to a socialist paradise. Equality of impoverishment.

Concentrations of wealth are an essential driving force of economic progress. An analogy serves well enough. Let’s take Edison’s brains and, say, Einstein’s, Archimedes’, Fleming’s, da Vinci’s, Tesla’s, Gutenberg’s, and those of other geniuses and spread them thinly to increase the intelligence of the populace by one-millionth percent. Doesn’t work, does it. We stand on the shoulders of giants, whether that is in the field of science or invention or art; and also, to be clear, in the practical economic affairs of men and women.

It’s not all gain. Rich people can be insufferable, swanning around Monti Carlo in Lamborghinis. More seriously, concentrations of wealth produce corruption. The rich have a habit of bribing eminently bribable politicians and public officials. It is not a perfect world. That’s why we need Eliot Ness in the guise of vigilant and independent anti-corruption bodies.

I have written many times on this topic. Why do it again? I must like tilting at windmills: railing against the storm of ignorance that passes for economics these days.

14 thoughts on “The Rich Get Richer. Good”

The Strange Logic of Gun ‘Control’

The Speech He Should Have Delivered