A Conservative Abandons Almost All Hope 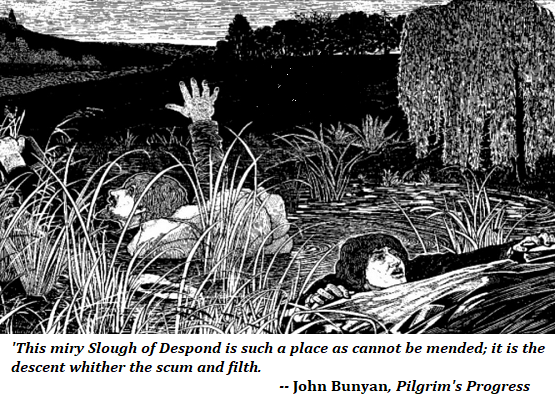 I lamented publicly a few years back about the dismal prospects for economic reform in Australia. While I tried not to pay too much attention to domestic affairs in the intervening years, it seems I had the measure of the situation and have been at least vaguely vindicated. To be honest, it is probably a lot worse than that, but it’s too demoralizing to keep score at this point. Needless to say, there’s not much one can point to in our recent economic history that constitutes progress.

It’s not that the prognosis I made was particularly radical, few would have disagreed, it was more that the assessment of the underlying malady was likely more candid than most appear willing to admit. The political eco-system is busted as far as good economic policy is concerned; it contains no usefully organized constituency for the politically difficult policy changes that will lift living standards incrementally across a range of fronts. Meanwhile, the left and the rent-seekers are everywhere ascendant.

That piece prompted encouragement from one prominent individual to suggest I follow up with a series analysing what should be done about the current situation. The response was a hopeful one but inconsistent with any semblance of self-preservation. Anyone working in public policy knows that no good deed in this country goes unpunished, with devastating career sanctions levied on anyone who genuinely speaks truth to power in any meaningful way.

Indeed, the contra advice from more pragmatic quarters was that survival dictates not saying anything about anything. While that counsel came with the proviso that they hated having to provide  it, it appears consistent with the observed behaviour of the vast majority of professionals engaged in public policy.

People are terrified now to voice opinions about legitimately contestable issues of national importance, unless of course they’re on the Left, in which case anything goes. Even statements that are outrageous and “demonstrably false”, from anonymous sources naturally, can be aired on the state broadcaster consequence-free by its left-leaning political editor. Accordingly, the totality of non-progressive leadership now consists of empty generalities and vapid statements of the obvious.

All of which serves to highlight that the most significant barrier to economic reform at our current point in history as undoubtedly journalists and the newspapers and newsroom who employ them. Given the authority and control they exercise over the foot soldiers of the press, the editors and media-owners ultimately carry the bulk of the moral culpability for the intellectual squalor they’re inflicting on the economy.

Journalists with serious economic credentials are virtually non-existent in this country. If you had those qualifications, you wouldn’t think twice about working in a low-paid profession with poor job security, alongside the stress of daily deadlines and real-time reporting.

The media instead self-selects for people who are pathologically biased and view their employment as a way to subsidise their activism. Few seem to stop to contemplate why they are listening to financial and economic reporting from barely employable liberal arts graduates with no real competence and limited accountability. It’s obvious to anyone that gives these matters a moment’s thought that the press are little more than thinly veiled activists masquerading as journalists.

It is difficult for this country to sustain a coherent debate about economic policy issues when those tasked with reporting on them are so dangerously unable to comprehend the subject matter. The activist journalist suffers from the further disability of being antithetical to considering fundamental issues like costs and trade-offs because the defective mindset is rigidly ideological and uncomprehending. If a course of logic leads to the resolution of a policy matter that is disdained by the journalist, they simply ignore it.

But the problem is so much worse than simple incompetence and neglect. Journalists not only ignore and refuse to report objectively on contentious policy issues, they also actively campaign to undermine our institutions of government and vindictively seek to terminate the employment of anyone who disagrees with them. Journalists and their editors for years have been actively engaged in ruthless campaigns to terrorize and silence their political opposition.

The worst thing about all of it is how conservative politicians have abandoned their constituents to the torment of these inquisitors. We have now finally reached a point where the kill-me-last conservatives are being put through the meat-grinder they allowed to relentlessly chew through the rest of us with stony-faced indifference. Christian Porter has been the subject of a relentless, cruel, and grossly defamatory smear campaign at the hands of the press. It is not clear having been so severely calumniated there is any real recourse in the defamation case against his accusers, even assuming he wins.

Prime Minister Scott Morrison’s attempt to stand up to the hectoring of the Canberra Press Gallery a few weeks ago lasted all of several hours before he issued a grovelling apology. Apparently pointing out that the press may have their own issues when it comes to sexual abuse and harassment is forbidden and will be met with outright denial and swiftly deployed counter-attacks. Is there any real check on the media at this point? Morrison’s humiliation highlights the extent of his impotence and demonstrates who is really in charge in Canberra.

Journalists and their journalism are a sheet anchor on our national prosperity. The media are hostile to the truth and particularly vicious toward those who would hold them to account. Anyone seriously committed to Australia’s national interest will need to demolish the press and walk through the grotesque smear campaigns that will be unleashed upon them by this increasingly despicable group of people. If you’re not being attacked by the press, you simply aren’t doing your job properly and are, in all likelihood, part of the problem.

For too long we have allowed our national policy conversation to be out-sourced to pseudo-intellectual narcissists calling themselves journalists. Australians are right to lose trust in the custodians of the fourth estate, they have abused their position for too long and too thoroughly. Further erosion of trust in the press is a necessary pre-condition for economic reform. Fortunately, in newsrooms across the country, journalists and editors are doing their worst to bring that about.

Other People’s Money at ANU