The Elevation of Urban Ugliness

In just a few recent days, a line of historic and beautiful fig trees along Sydney’s Anzac Parade fell.  No storm was involved.  No act of God. This was man’s mechanical doing.  And it all happened with the full, prior, knowledge and approval of NSW’s Baird government, which is building a new light-rail corridor from the city to Randwick and Kingsford. Future racegoers will roll to the track and students glide to the nearby University of NSW.  But none of us will ever again enjoy the wonderful sylvan vista of mighty figs along Moore Park.

As Ogden Nash could have writ, I think I shall never see a light rail lovely as a tree.  But then, the masters of light rail promise that so many more trees are to be planted instead.  Nonetheless, I regret that the lovely, symmetric, shade-filled avenue that was Anzac Parade is now gone forever, the latest casualties of a philosophy and aesthetic that values ugly, multi-lane roads, steel forests of signage, and endless strips of tacky shops festooned with eyesore ads. Cheapskate developers, tasteless architects, and uncaring town planners conspire to see the urban jungle grow ever more distasteful to the eye.

And we do nothing about it.

Where, oh, where are all those inner city Green voters?  (Admittedly, a few did chain themselves to Anzac Parade figs for a while, hugging trees on death row.)  But 99% of the time, Greenies who say they care deeply about our environment seem to achieve little to preserve good urban environment.

It’s all very well to go on about the Tarkine or the Daintree or even the mighty Snowy, but these far flung corners of our country are not where average Australians spend much time, let alone reside. In the century since agriculture mechanised, and forest industries were all but shut, most Australians have ended up staring at each other — and the ugly face of urbanity — from suburban windows.

Australia’s cities urgently need work done – and not just with a mop, a bucket and a lick of paint.  Most of our urban spaces need serious re-thinking, to improve their utility, safety and beauty. Inspired urban development can be wonderful:  Avenues of trees, unspoiled by wires overhead. Buildings that match, amuse and appeal.  A minimum of poles, signage and visual distraction.  It works.  We have all been places where, suddenly, it is clear we are in a pleasant, urban environment.   The pulse quickens, the spirits lift, and the happiness of living visits our heart for a moment or two. 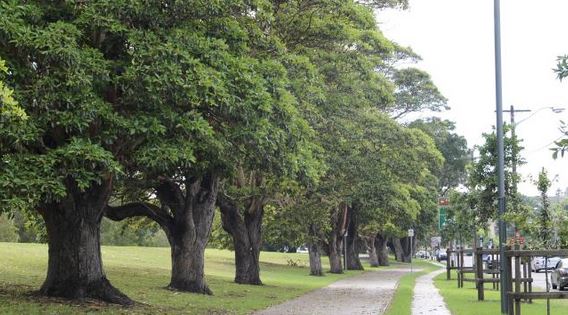 Rome wasn’t built in a day, and big, urban makeover projects take time.  But instead, too often the overseers of our cities and suburbs seem to approve, or at least turn a blind eye, to yet more urban uglification.  Each new blight that gets put up will one day have to come down.

Perhaps they just don’t see it. Perhaps, after years of trying to juggle society’s competing priorities — more roads, more residences, more commerce, more recreation — many planners have thrown up their hands in despair, capitulated to ugliness and accepted it as an unfortunate necessity.

Future generations will likely judge us harshly for the growing urban blight we will leave behind:  Rough concrete, dirty and littered tarmac, cluttered signposts, lamp poles, high and intimidating walls and rusting steel fences,  stained brickwork, poorly-executed murals or masses of crude, moronic and threatening graffiti.  Surely we can do better! 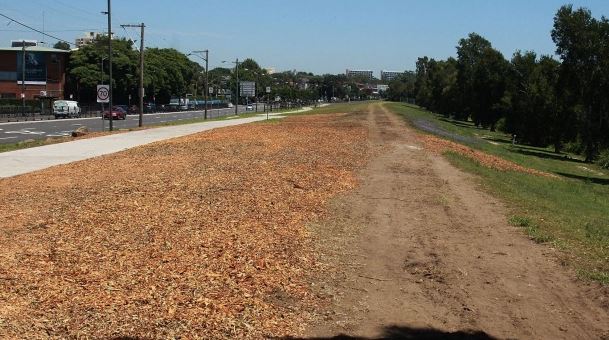 Local councils are merging across Sydney this year – another grand project of the tree-felling, Baird government.  Wouldn’t it be great if each new officer, alderman and mayor pledged to work towards making Sydney what it claims to be, one of the most beautiful urban environments in the world?  Yes, it would take ideas, enthusiasm, and investment.  But, yes, all that would be most worthwhile.

Here are a few ideas:

Or do we hide collectively behind the lace curtains of our front window, fearing that nothing can be done, and turning on the TV yet again, to watch a documentary on the rainforest?

The Road from Anarchy to ISIS

Gillard’s ‘public interest’ is the right to gag critics