In late 2008 I wrote a piece for Quadrant which took extracts from Jonathan Swift’s Gulliver’s Travels and related them to the present day obsession with climate change.

Jonathan Swift would have just loved Australia’s political and scientific debate regarding “climate change” as it progresses in 2011. It would have reminded him of Gulliver’s visit to The Academy, “where a man of meagre aspect … had been for eight years upon a project for extracting sun-beams out of cucumbers, which were to be put into vials, hermetically sealed, and let out to warm the air in raw inclement summers”.

Well of course we all know now that the “man of meagre aspect” from The Academy got it all wrong and the sunbeams can’t be used to warm the air of the planet. No! Cucumbers can be used to cool it. And of course our clever, clever government has realised the potential of all this. You don’t grow more cucumbers – you just TAX them.

And the beauty of the Cucumber Tax is that that no one knows quite how it will work. You sort of tax the cucumber growers, then the price goes up, you then promise the poor people that they will be given more money to buy cucumbers — money from the Cucumber Tax. Which means that the poor people can use as many cucumbers as before. It’s a sort of win – win situation, particularly if you use Cucumber Spin, which is to spin the cucumber in such a way that it all become a Green blur. 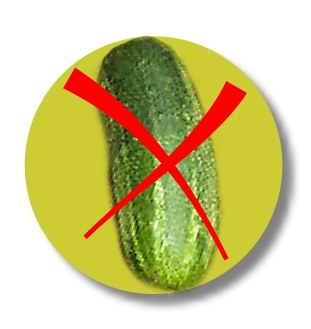 One aspect of Cucumber Spin is convincing the Australian public that they are the world’s second most cucumber-gluttonous people in the world. The trick is to use the old “per head of population” caper. When you use “per head”, then 22 million people in a continent (we are a continent as well as a country), then “per head”, we get through an awful lot of cucumbers.

Except! Except, when you consider how many cucumbers we grow compared to the size of the country (that is the area, the continent we have to grow them in) we actually eat only 1.28% of the worlds supply of the little green blighters.

This is not to say the Cucumber Academics, that is scientists who believe the planet is about to sauna-tise itself by the efforts of humans to keep warm, keep cool, build things, eat and travel about – to say nothing of all those little extras we have learnt to enjoy post-Neanderthal – are wrong. No, it just means that they are most likely not right. That is, yes we now do things that make more CO2 which gets into the atmosphere, but does it or will it, do any harm?

The problem, when dealing with obsessives, particularly when they are both scientists and political manipulators, is that you usually have to wait until their theories are shown to be humbug. Cleverly, the Cucumber Academics nominate 100 years hence, before Armageddon. You, I and the dog will never see the big result. The Cucumber Tax is like buying a Lotto ticket for the year 2100. The chances of you winning are bad enough, let alone getting a result.

Strangely, the predictions from the Cucumber Academy and the chief Cucumber Consultants-at-large, Tim Flannery and Ross Garnaut, and their former boss Kevin Rudd, have failed to materialise. There are still sea-cucumbers on the Great Barrier Reef, and the Murray River looks like being able to water cucumber crops for some time yet.

The second bit of Cucumber Logic The Academy faces is our cucumber export industries. If we reduce the number of cucumbers we eat, while exporting massive amounts of fossil and metallic cucumbers, to China, India, Korea and Japan – where is the gain? If Australians consumed less cucumbers, according to the Gillard government’s target, it would equal only the consumption of a few days cucumber-chomping in China alone. Then there is India.

To encumber the cucumber growers and eaters of Australia with a Cucumber Tax while our trading partners have none makes us look like complete gherkins.

All of this has come about because of a notion that worked its way into an idea, which then developed into a theory that has morphed into a sort of stone-age quasi-religious ritual. This Cucumber religion has all the classic aspects of a fertility cult. Fear of the unknown, high priests, sacrifice, tribute, ceremony and the stoning of non-believers. With $100 billion going their way, why wouldn’t the scientists involved in the International Panel on Climate Cucumbers be able to come up with ‘the science’. They would be totally incompetent if they didn’t!

Bob Carter’s plea for assistance in opposing the Cucumber Tax needs support. He has a battle on his hands as the Cucumber Tax, like the Mining Tax, will bite the wallet of all citizens of this country, with most not knowing what it is all about. Both are stealth taxes.

Talk about a pickle!

As for the true-disbelievers – what about a Cucumber lapel badge?

The Ghosts in Grant Park