Christopher Koch and the enmity of the uncreative 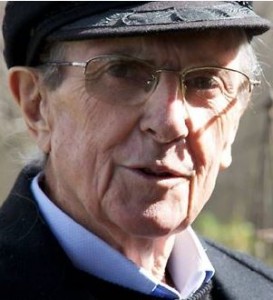 The novelist Christopher Koch, who died on September 23 at the age of 81 in his Hobart home, was a long-time member of the board ofQuadrant. His contribution to this journal was considerable and his inspiration will be sadly missed.

We send our sympathies to his wife, Robin. As well as having been, in the words of poet Jamie Grant in our November, 2012 edition, “Australia’s finest living novelist“, Christopher was also a formidable critic of Australia’s leftist literary establishment.

Most famously, in June, 1996, when he accepted his second Miles Franklin Award for the novel Highways to a War, Christopher’s speech denounced the fashionable literary theory and postmodernist literary criticism that saw writers as “blind instruments for social forces that are only fully understood by the white-coated scientists of [university] English departments. This is, of course, the final revenge of the uncreative.”

In our edition of July-August, 2010, Shelley Gare analysed in detail the hostile environment he inhabited, the critics who hissed at his achievements, and the long battle he fought.

Rudd and China: diplomacy or fear?