Hummus, Hamas and the hopeless naïve

In the wake of the violent Islamist riots in Sydney and around the world, many commentators have pointed out the threat posed to free speech. Concerns that western governments will seek a political accommodation and try to appease Islamofascist grievances by limiting freedom to criticise Islam are not overstated.

In Australia, many elites in politics, government and academia have been intellectually programmed to pursue this course by the ‘multicultural mindset’ – by the set of ideas that have shaped thinking about how we should deal with racial and religious differences  for the last 40 years.

The assumptions underpinning the multicultural mindset are now being mugged by reality. But despite the facts changing, I fear that minds will not, and this mindset will shape the response to the riots in a way that will damage the principles of a free society.

When the official policy of multiculturalism was formulated in the 1970s, proponents believed that cultural diversity was so desirable that the force of the law should be employed to achieve it. The assumption was that racist opposition to "alien" immigration was widespread in the community and had to be stamped out by making all forms of racial prejudice illegal under the Racial Discrimination Act (RDA). This was an odd way to go about creating a multiracial nation. If Australia was a racist country, then a non-discriminatory immigration policy would have been a  very bad idea as it would have led to the endless dragging of citizens into court for discrimination against newcomers.

Fortunately, there has never been a huge number of racial discrimination cases. Each year, the Australian Human Rights Commission receives only 500-or-so complaints under the RDA. This is a tribute to Australia’s success in creating an overwhelmingly tolerant multiracial society, and the credit goes to ordinary Australians who have proven they can live and let live alongside fellow citizens of all colours and creeds.

Despite the success of Australia’s post-World War II immigration program, a prudent nation committed to immigration should always take seriously the integration of migrants. Ensuring we remain a harmonious society ultimately comes down to ensuring migrants are or become culturally compatible with the core values of Australian society. 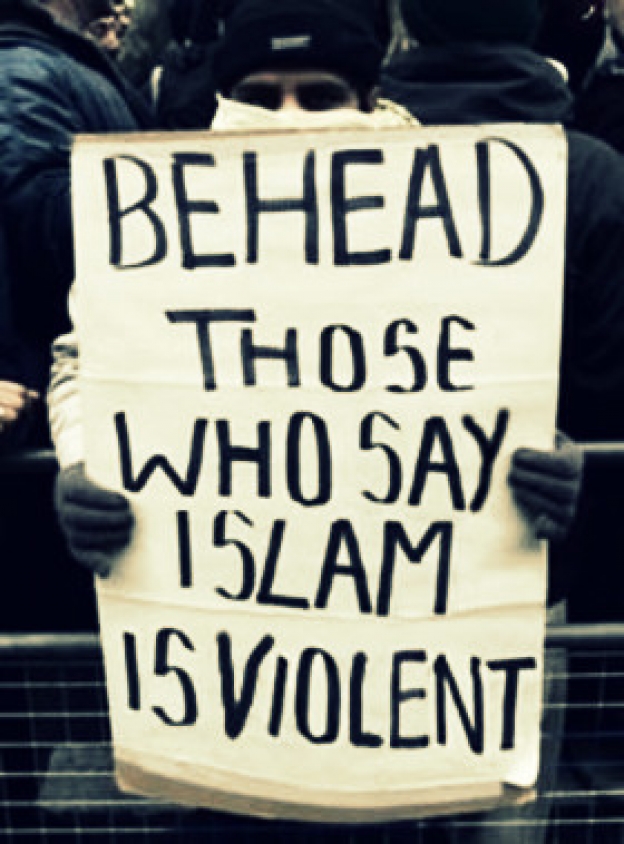 Multiculturalists tend to find this an uncomfortable issue. Words such as integration and compatibility undercut the central multiculturalist assumption—which is that migrants have the right to keep their cultural identity to promote diversity. At worst, warnings by critics against encouraging cultural divisions have been condemned as ‘racist’ code expressed by those who yearn for the homogeneity of the White Australia era.

However, the assumption that disharmony in a multicultural society always stems from recalcitrant racism has been discredited by the Sydney riot.

The riot’s significance lies in the motivations of the violent and non-violent demonstrators alike. It has revealed the presence in Australia of a growing sect of religious fanatics with an internationally-inspired political agenda hostile to liberal democratic values, an agenda which only starts with curbing the right to free speech.

That a group has so dramatically disintegrated from mainstream Australian society points to another flawed assumption of the multicultural mindset—the failure to take culture seriously.

Though they preach the benefits of cultural diversity, many elites who support multiculturalism are culturally naïve. They believe all human beings have the same values and are more or less just like them.

The Islamists, though, are politically astute, and their rhetoric has internalised the assumptions of the multiculturalists by blaming the riots on "Islamophobia". The Islamist mob, so the argument goes, has rioted and demanded, if not literal beheadings, then at least the metaphorical cutting out of the tongues of those who insult Islam, because Islamophobes keep on saying Islam is a violent and intolerant religion.

The argument is obviously self-defeating. However, playing the victim might just work because legitimising Islamist grievances shifts attention back to topics multiculturalists are always comfortable talking about — so-called racism against minorities and the use of the law to pursue multicultural harmony.

It is therefore not far-fetched to suggest that multiculturalists would look with favour on a legal remedy which, in the name of respecting diversity and preventing further turmoil, outlawed "provocative" and, sure to be termed, "hate speech" against Islam.

Jeremy Sammut is a Research Fellow at The Centre for Independent Studies. This is an edited version of his contribution to After the Riot: the Meaning for Multicultural Australia, recently published by the CIS.

The sins of the fathers