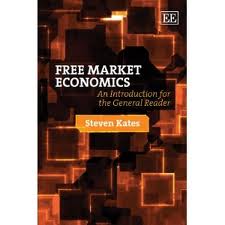 I don’t know if such things are permitted, but the book that I would recommend for Christmas reading is the one I wrote myself: Free Market Economics: an Introduction for the General Reader. It is a book about the nature of the world and why, given the way things are, that the only way possible to create prosperity, and personal freedom as well, is to build an economy around entrepreneurial activity and the free market. Modern economic theory is almost entirely about how markets cannot be left to themselves but require the constant intervention of governments. This book instead shows how by limiting the government’s role, and especially by limiting the level of public spending, we end up with stronger economies and a higher standard of living. So much of the book is contrary to modern textbook theory that would take too long to outline why it is such a necessary book today so I will just say this. It is a book that explains Adam Smith’s invisible hand for a twenty-first century audience.

No More Than Moderately Barbarous