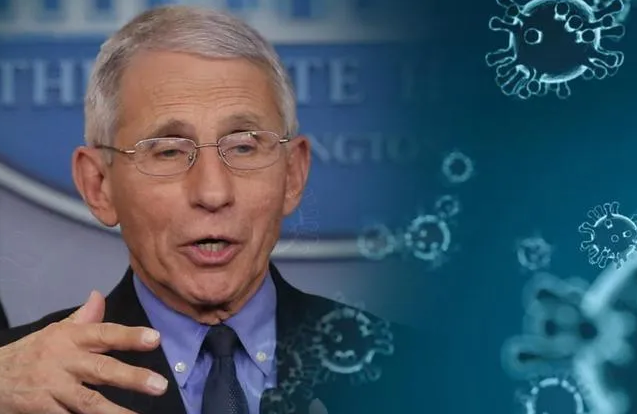 Did the United States unintentionally manufacture COVID-19 — in China? If so, that would be the ultimate outsourcing story. Whatever the truth of that mother of all conspiracy theories, it is not a theory that the United States outsources its global coronavirus data monitoring to China. It’s a documented fact.

To paraphrase Australia’s own P.L. Travers, the whole world takes its coronavirus data from Johns Hopkins, but Johns Hopkins takes its data from an obscure Chinese health advice website called DXY. The English acronym DXY is short for Dingxiang Yuan, or Clove Garden, referring to the supposed medicinal properties of the common kitchen herb.

Johns Hopkins describes DXY as “an online platform run by members of the Chinese medical community.” Good luck finding out just who those members are. The DXY website, standard corporate registries, and Wikipedia shed little light on the matter.

Of course, Johns Hopkins doesn’t exactly brag about its reliance on DXY. Go to their website, and you won’t find it mentioned anywhere. Click on the data sources link, and it’s just one among dozens of sources listed. You have to dig up a May 2020 article in The Lancet to find out the truth. The Hopkins team isn’t hiding anything. But neither are they exactly forthcoming.

There’s no reason to believe the Johns Hopkins data are incorrect, even if they do come from a shadowy Chinese website. And for most practical purposes, most people rely on their own countries’ official data. But the incident illustrates just how deeply the world depends on China for its research infrastructure, often in ways no one would ever have imagined. After all, who would have imagined that US government was funding bat coronavirus research at the Wuhan Institute of Virology? American researchers wanted to publish on coronaviruses, and China had the bats.

When the coronavirus leapt into the headlines, it was quickly revealed that the US indirectly funded Wuhan coronavirus research via grants to a New York charity called EcoHealth Alliance. The National Institute of Allergy and Infectious Diseases, headed by none other then American coronavirus tsar Anthony Fauci, was the origin of some $600,000 that was ultimately subcontracted to the controversial Chinese lab.

Dr Fauci maintains that the American grants did not cover ‘gain of function’ research that could have produced a genetically engineered pathogen, but many people are understandably sceptical. There is general agreement that the Wuhan lab was engaged in gain-of-function research, despite bitter disagreement over whether or not this research could have been the origin of COVID-19.

But there’s nothing to see here. Like the Johns Hopkins DXY attribution, Fauci’s Wuhan grants are hiding in plain sight. Summary data are clearly published under project number 01AI110964 (series one through six) on his institute’s website. They don’t mention the Wuhan lab specifically, but the papers funded by the grants do. Everything is on the record.

What Johns Hopkins, Dr Fauci and EcoHealth Alliance president Dr Peter Daszak don’t understand (or don’t want to understand) is that the public expects scientists to be frank and open, not to hide behind legal technicalities and minimum disclosure requirements. Science should be conducted on a free-to-know basis, not on a need-to-know basis.

So when Dr Daszak organised a letter to the Lancet to “strongly condemn conspiracy theories suggesting that COVID-19 does not have a natural origin”, the public might have expected him to declare a vested interest in the correctness of that opinion.

When Dr Fauci was asked at a fact-checking conference about US funding for gain-of-function research in China, he might have offered a nuanced self-reflection on the challenges posed by the necessity of engaging in scientific cooperation with a repressive regime, instead of dismissing the whole idea as “preposterous … the most ridiculous majestic leap I’ve ever heard of”.

The unfortunate truth is that Fauci and Daszak are right: the world has to cooperate with China on coronavirus research. They’re the only ones who have the bats that host the viruses. That’s why the French government helped China build the Wuhan lab in the first place.

Similarly, data-gathering is expensive, routine work. Johns Hopkins may be right to outsource that work, with appropriate supervision, to Dingxiang Yuan. But that’s no excuse for the university to bury the source and present the research as its own.

Western governments, universities, charities, and companies should be forthright in confronting and admitting their dependence on China. It should be treated as a necessary evil requiring transparent full disclosure, not as a secret whose unveiling sparks outbursts of righteous indignation.

I personally hold no fewer than three postgraduate degrees from Johns Hopkins, and I’m very proud of my alma mater. I’m confident that the team behind the university’s coronavirus dashboard double-check the DXY data feed, and would find a new provider if they found consistent problems with it.

But I’m also confident that the team’s burying of the ultimate source of their coronavirus data in an academic paper would not have been driven by naiveté. They surely know that prominently naming Dingxiang Yuan as the source of their data would harm their credibility. The Hopkins team has, in essence, used their own stellar reputation as a shield to hide the cut-rate origins of their underlying product.

And they’re not the only ones. Scratch the surface of many of our most prestigious institutions, and you’ll find embarrassing moral compromises hidden in the fine print, but in what can plausibly be claimed to be plain site. That’s the wrong way to handle relationships with an unpalatable foreign government like China’s.

It’s like all those packaged foods with labels that say “made in Australia from imported ingredients”. Imported from where? If it were Italy or Japan, they would say. The labels aren’t obliged to say, so they don’t. But they should.

The sly assault on faith-based schools

The song remains the same at Their ABC