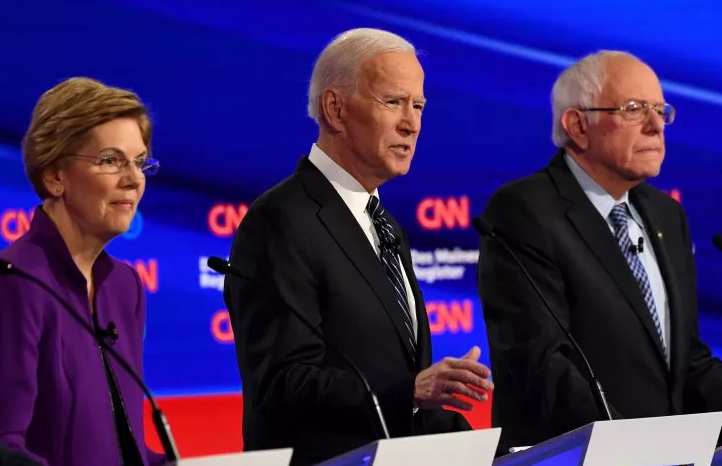 When the US Presidential polls had the triumvirate of Biden, Saunders and Warren (above) vying for the November 2020 date with destiny, President Trump was sitting pretty. As the poll leader, Biden was a known quantity.  He was showing his age in mangling words, he had a legacy as an Obama failure, was an insider in an era when this is poison, and had a son who had benefitted immensely from his patronage and protection in getting paid handsomely for a job in Ukraine for which, aside from his father’s political clout, he was utterly unqualified. He would have been crushed by Trump’s relentless pressure as the campaign progressed.

Elizabeth Warren adoption of far-left socialist ideas combined with a fraudulent invention of indigeneity would have likewise been a victim of Trump’s acidic bluntness.  Trawling the depths of wokeness (“reparations for gay couples”) she would have ended the campaign humiliated.

Bernie Sanders has never pretended to be anything other than a Communist sympathiser.  He encapsulates the anti-Americanism that is attractive to huge swathes of US activists in the same way that Jeremy Corbyn confects national shame to appeal to many in the UK. Sanders has support across all age and ethnic groups.  He also has the advantage of a ready-made young radical female support group, the Squad, led by AOC whose physical attractiveness and ardent enthusiasm is a considerable asset. Although Trump would never destroy Sanders, in the end his views are so extreme that he cannot prevail.

If Sanders is the candidate on November, not only will he lose but so will many representatives to Congress who are up for election. 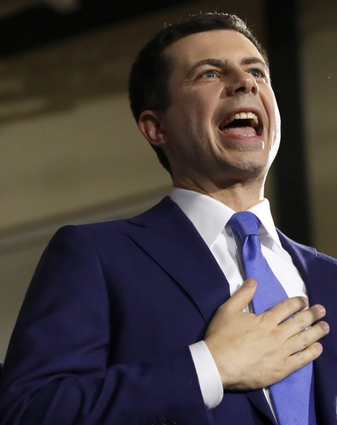 Sanders aside, following the Ohio and New Hampshire primaries, there is now a new trio heading the race: Pete Buttigieg (left), Amy Klobuchar and Michael Bloomberg.  All three have rejected the crazy leftism and Klobuchar even had the courage (on a stage where Buttigieg was also present) to say she opposed socialism.  While all three share the Democrat liturgy to the Green New Deal, they have not got it etched into their souls.  Climate change, the demarcation line that now divides politicians, has soft support from Klobuchar and Bloomberg.

Buttigieg is a synthetic candidate who has had few achievements and actually shares many of the more extreme positions.  He is the darling of the leftist media, infatuated by his mix of military service, open gayness and Rhodes Scholar credentials.  Klobuchar achieved an astonishing, unexpected rise from nowhere in the New Hampshire primary.  She would prove more authentic than Buttigieg and, as a female, has the advantage of being part of a “minority”.

Bloomberg is still relatively unproven on the national stage but has immense recognition and proven credentials as a political campaigner.  He has, of course, lots of money – far more than Trump.  Having been in key political offices before, he is however far more of the swamp candidate that the US still seeks to avoid and has none of Trump’s persona.  He also has a bit of apparent anti-minority baggage that could harm him and the Fox Media squad is already milking this. 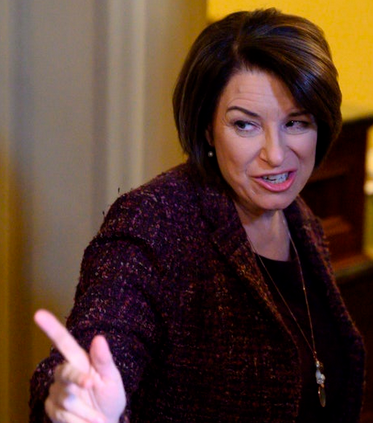 It is more likely that the candidate will be Klobuchar (right) than Bloomberg. But both have been less than enthusiastic about some of the costly health and student loan forgiveness than Sanders/Warren, less gung-ho on climate change and are pro-fracking.

Against any Democratic opponent, it is unlikely that Trump would lose and, indeed, he is almost certain to extend the margin of his victory: Sanders might only win California, DC, Maryland, Hawaii and Massachusetts. Klobuchar would prove competitive in the Midwest, (and hold her home state of Minnesota) while seeing New Hampshire, Nevada and New Mexico slip into the Republican camp, but she might prove able to hold the Democratic majority in the House of Representatives, something that would be lost with Sanders and probably Bloomberg.

Alan Moran claims to be infallible in picking US election outcomes, having wagered on a 2016 Trump victory at the very cheerful odds of 6/1!

At the ABC, Hypocrisy on Stilts