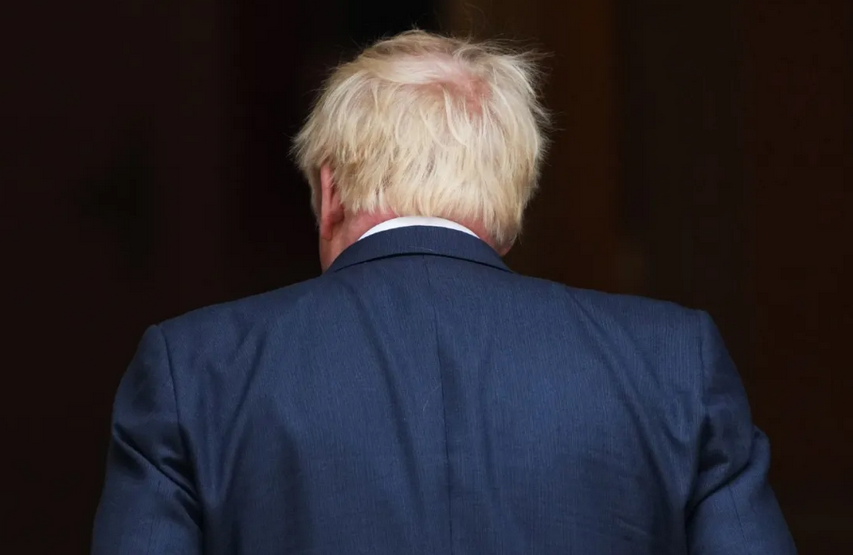 You would have thought that winning elections is the key to longevity for prime ministers. Not so, obviously, as Rudd, Gillard, Abbott and Turnbull, and now Boris Johnson, might attest. In fact, your perceived chances, as incumbent, of winning the next election is far more important in the eyes of your loyal parliamentary colleagues than are past triumphs. They freeze in panic at the hint of losing their cushy seats. Regroup, reconsider polices? Nah! Chop off the leader’s head.

We must face up to the fact that politicians, forever promoting their tdevotion to public service, are (with few exceptions) the most self-serving weasels that our Lord God put on this earth. Once that unpalatable fact is faced all becomes more understandable.

Why then was Boris dumped? It wasn’t, as I read one commentator aver, because he upset the establishment by getting Brexit done. And let’s stop there, pro tem. Cometh the moment cometh the man. Perhaps nobody else could have done it when surrounded, as he was, by unprincipled ‘remainer’ backsliders. He ferried through one of the most far-reaching constitutional changes in British history. He freed the UK from a sclerotic bunch of European bureaucrats, who could give politicians a run for their money in the Execrable Stakes. To many, that built him a lot of credit in the bank. But that proved worthless when politicians see a future in which they are on the streets and applying for real jobs.

The only reason Boris was dumped? The polls had gotten bad and by-elections in “safe’ Tory seats had been lost. The omens for the next election look grim. Take that prospect away and Partygate and Pinchergate would have lost traction.

Consider Partygate. Conservative Party staff had numbers of drinking dos after work. Boris called in at some of them. At the time the UK was in lockdown. Not a good look. But the real crime was the lockdowns. It’s said by the press that the British public are disgusted with the antics at Number 10. Maybe. What they should be disgusted about is their own subservience to, and in the case of the press its cheerleading of, useless and destructive lockdowns.

What exactly was Boris to do? Yes, I was terribly wrong in allowing these parties to go on and I will tender my resignation forthwith to the Queen. Hardly. He obfuscated, squirmed, fibbed a bit. Being the very same Boris, recall, who had led the Conservatives to a sweeping victory in 2019 and the UK out of the EU. Nelson did win at Trafalgar but you know, unsound chap, he was caught, pants down, with Mrs Hamilton.

Then comes Pinchergate. Apparently, so it’s said, Mr Pincher has a track record of inappropriate behaviour around men. Not young women mind. Call me sexist if you like, but I need to know more before condemning Pincher to the Phantom Zone. According to the BBC, “Mr Pincher, 52, quit as Tory deputy chief whip on Thursday after allegedly groping two men at the Carlton Club in London on Wednesday evening [and there are] six new claims of inappropriate behaviour … the fresh allegations stretch back over several years.”

At question is what Boris knew before elevating Pincher to his position. His disgruntled former chief aide, Dominic Cummings, claimed that “the PM referred to the former deputy chief whip as ‘Pincher by name, pincher by nature’ before appointing him.” A claim denied by Boris & Co, who counterclaim that they had not been aware of “specific allegations” against him at the time of the appointment. Does it matter? No, it doesn’t. It’s a beat-up. Touching up men; if that is all there is to it. Give me break. What kind of men are these who complained, rather than simply telling Pincher to piss-off? They’re the ones who need help.

My first job, aged sixteen coming on seventeen, and before I knew it, the office manager’s hand was on my upper thigh. I wasn’t alone. It was a cause of mild amusement among us lads. No heartaches, no complaints, no recriminations, no weeping, no residual need of psychological support. No lives ruined. Just got on with it. It’s called life.

Boris may again have indulged in a bit of dissembling about his state of knowledge when appointing Pincher. I don’t know. People, even prime ministers, can have imperfect recall. In any event, it’s a complete stretch to say that he lied, as some commentators charge. Bombastic Piers Morgan, for example, saw the Pincher affair as being a culmination of a catalogue of lying on the part of Boris. Really? Save us from holier-than-thou commentators. Lying is a manifestation of evil. It doesn’t fit here.

We’re led to understand that Pinchergate was the final straw that caused government ministers to bolt for the exit. What a pathetic and odious bunch. Now, if they’d resigned en masse because of BoJo’s mad embrace of net zero, that would be understandable. Magnificent even. For all of the madness you’re imposing on the British people, in the name of God go. But, of course, they’re all complicit in imposing the madness.

Mask and You Shall Deceive