Singer out of tune

A new book comes with a feel-first title The Life you can save: Acting now to end world poverty (Text Publishing, 2009). The author could be Dickens’ Mrs. Jellyby, nobly helping poor Africans and neglecting her family, but is actually Peter Singer a fashionable philosopher, preacher- teacher and vegan (who admits supping dairy on international flights).

Early on, Singer introduces readers to valiant Wesley; for stout-hearted Wesley didn’t hesitate to bravely save a man from an oncoming train. “What if I told you that you, too, can save a life, even many lives?” he asks. This sets the book’s tone. And, to paraphrase Oscar Wilde, I’d have to have a heart of stone not to laugh.

Do you have a bottle of water or a can of soda on the table beside you as you read this book? If you are paying for something to drink when safe drinking water comes out of the tap, you have money to spend on things you don’t really need. Around the world, a billion people struggle to live each day on less than what you paid for that drink.

False guilt, after all, is a powerful psychological tool. Singer writes like a sweaty evangelist. For years, the green movement pontificated about the dangers of tap water. Now, without a convincing scientific explanation, bottled water is the new fluoride. Or…poison! Singer directs us to our taps. It’s as if job-creating plastic bottled water industries were Martian-only employers. 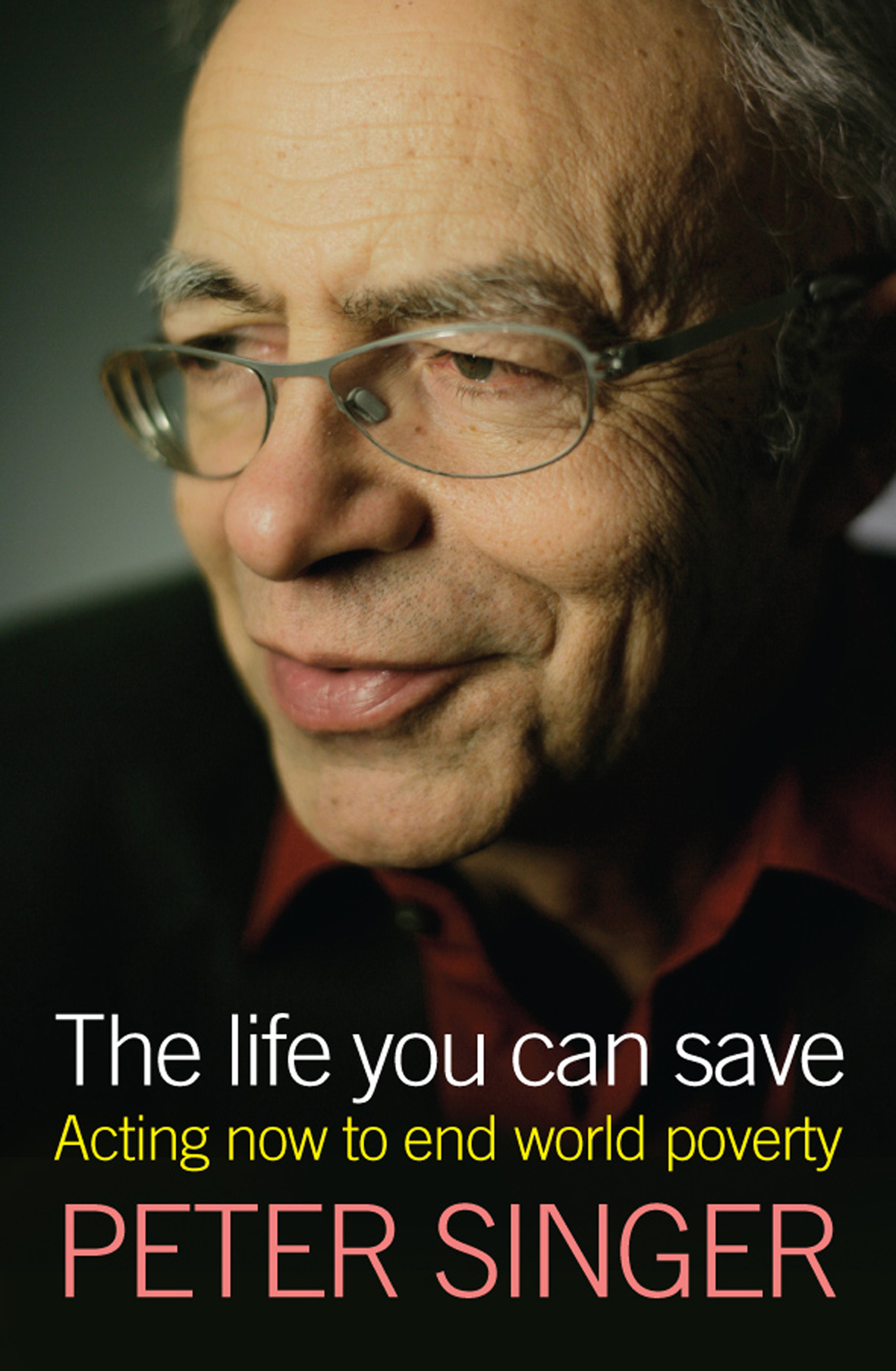 Economics isn’t Singer’s strong point. But Ivy League gurus need Ivy League gurus to praise. Singer rhapsodizes: “The economist Jeffrey Sachs [of Harvard] has argued convincingly that extreme poverty can be virtually eliminated by the middle of this century,” through wealth distribution, of course. It’s old school ,one-world socialism discredited by William Easterly, author of The White Man’s Burden: Why The West’s Efforts To Aid The Rest Of Have Done So Much Ill And So Little Good .

Pro-infanticide Singer wants you to save the children, and give at least five percent of your income – assuming you work – to his pet causes. We read about thirsty, precious kids. We don’t hear about greens banning dams. Or behavioral poverty. Experience is philosophy’s greatest enemy. When I lived in an aboriginal-majority community indigenous gangs were burning taxpayer-funded houses.

Predictably enough, The life you can save launches class-warfare attacks against the “super-rich – people who spend their money on palatial homes, ridiculously large and luxurious boats, and private homes.” But who defines “palatial” isn’t clear. And, who measures “ridiculously large”? Where the World Bank’s top dogs belong on the philosopher’s pyramid of goodness, is unanswered too. In the real world, people (a) work on boats; (b) clean private homes and (c) mow lawns because there are rich people to employ them. Government-first jobs are rarely wealth-creating jobs.

Obviously, The life you can save singles out working-class Americans. They’re easy targets. Unlike Gore. Or Obama. Sanctimonious Nobel Peace Prizes and Ivy League credentials buy one safety, it seems. Thus, Gore is never singled out for his Coca-Cola-sponsored Earth Day events. Instead, we hear that energy-hungry “Americans are still buying bottled water to the tune of more than 31 billion litres” and “you can make coffee at home for a few cents rather than spending $3 dollars or more on a latte.” (“No Evian bottled waters? No lattes?” I thought. “Is he anti-waitress or just plain homophobic?”)

The life you can save though completely collapses by page 19 when Singer clumsily tries to use Christianity as a platform to launch his agendas. “In the Christian tradition helping the poor is a requirement for salvation,” he insists. Actually, one can’t earn salvation through works, according to Christianity 101.

As a Protestant, I nearly fell off my chair. Mainstream theologians stress that a dead toddler, isn’t denied salvation because she couldn’t make it to the homeless shelter for evening soup shifts on time. Yet, Singer continually takes Christ’s verses out of context. Jesus “praised the good Samaritan who went out of his way to help a stranger” he states, forgetting that this parable highlights the point that one must have plenty of money in order to set victims of crime up in costly inns.

“The members of the early Christian community in Jerusalem, according to the account given in the Acts of the Apostles, sold all their possessions and divided them according to need”? Sure, but Singer fails to mention that there’s a difference between voluntary giving and bureaucratic-centric redistribution plans. As for “tithes,” many Christians reject the Old Testament’s “tithing” traditions on theological grounds.

Singer sounds far more buyable when he states, “I would argue, if I find myself in the highly improbable scenario where only torturing a terrorist will enable me to stop a nuclear bomb from going off in the middle of New York, I ought to torture the terrorist.”

The life you can save is a mishmash of unrefined ideas, an emotional call to faith. Hence the demonstrably false assertions (“Libertarians resist the idea that we have a duty to help others”); hence the discredited greenhouse prophecies in light of falling temperatures (“Without those gases, there would be no human-induced global warming problem”); hence the star-as-victim thesis (“When celebrities like Angelina Jolie and Madonna support organizations that help the poor, we look for hidden selfish motivations”).

Is Princeton not privy to the fact that Hollywood’s celebrities use sexual images to sexualize children? Is philosophy not aware of the proven relationship between sexual promiscuity and inner-city poverty? Reason also asks: Why don’t we hear about one Mugabe’s economic Chernobyl? And, by the way, working-class families don’t have to look for Jolie’s hidden motivations, because they see them.

Of telescopic philanthropy, Singer writes, “It was easy for Dickens to make fun of Mrs Jellyby, for such philanthropy was, in his day, misguided.” Today Mrs Jellyby is Bono, Madonna, and (insert name of celebrity here), disciples of green job-destroying charities.