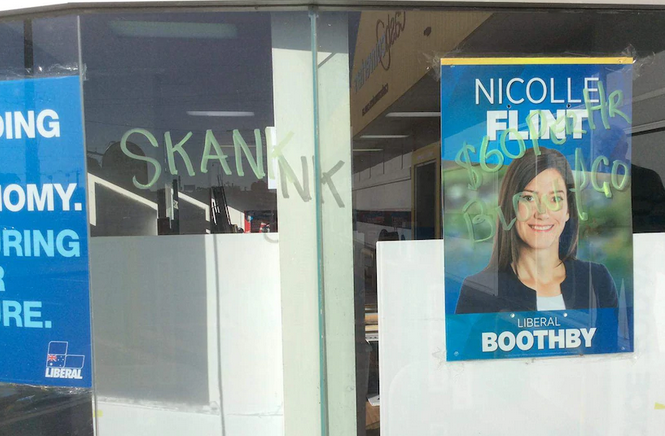 Among the many fingers the ABC has jammed into the mass-media pie its Facebook page is one of the most unintentionally instructive, the reader comments posted on threads beneath the re-posted news reports regularly opening a window on the sort of people successive Coalition governments have persisted in squandering a billion-plus dollars per year to inform, entertain … and incite.

There was another example just this morning in the comments thread beneath the national broadcaster’s coverage of an emotional speech by retiring South Australian Liberal Nicolle Flint, who is quitting politics after being subjected to a campaign of sustained and vile harassment by Labor supporters and the party’s GetUp! auxiliaries. But first, some of what Ms Flint had to say:

“I ask the Leader of the Opposition, where was he and where was his predecessor and where were the senior Labor women when GetUp, Labor and the union supporters chased, harassed and screamed at me everywhere I went in the lead-up to the 2019 election?”

She started to cry again as she accused the Opposition of failing to support her.

“I say to the Leader of the Opposition, this can’t be about politics anymore.

“We all bear the responsibility for change.”

When this was cross-posted on Facebook, which happened late on Tuesday night, the commenters went to town.

Below, a small sample of the hundreds of comments about Ms Flint from Labor/Greens supporters and ABC friends (sorry, I repeat myself).

Those are far from the worst, or the most unhinged, but the scores of other vile and abusive posts directed at Ms Flint can no longer be screen-grabbed and captured because the ABC deep-sixed the entire post, either ashamed of its very own viewers, which it should be, or concerned that their endless bile was perhaps just a bit too illustrative of the core audience it services. 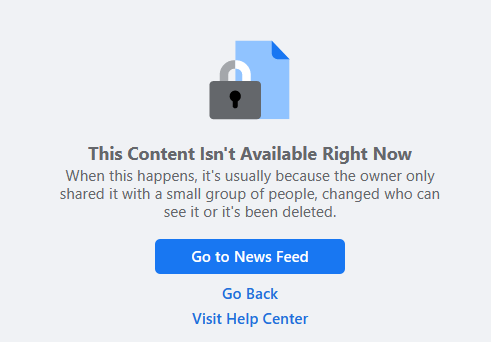 On the ABC’s home page, coverage of Ms Flint and her address is now also scarce. While the report, posted at 10.25pm on Tuesday, is still available  if you have its URL, the marquee placement of the original has been replaced by a post in which Penny Wong scoffs at the criticism she and other senior Labor figures should have done or said something — anything–  to decry supporters who scrawled ‘skank’ and ‘prostitute’ on a rival candidate’s office window, not to mention the stalking and physical intimidation. Ms Wong reckons such criticism should be a private, just-between-us-girls sort of thing:

Senator Wong said she would be happy to work through the issue with Ms Flint, but rejected any suggestion she was involved in Ms Flint’s treatment.

“Do you honestly believe that I would be part of a campaign of that kind of harassment and targeting of a woman? After all my years in public life and all the positions I have taken?” she said.

“So I would say to Ms Flint, rather than making these discussions in public and on Twitter, let’s have a discussion.”

Ms Flint, of course, never accused Ms Wong and others of directly participating in the campaign of vandalism, slander and intimidation. What she said, rather, was that the ALP leadership could and should have urged its supporters to act with decency and civility.

The ABC might have pointed this out but, being the ABC, it didn’t.

UPDATE: While the ABC’s account of Ms Flint’s speech survived a mere 12 hours on the homepage. This little exercise in, er, “analysis” has occupied pride of place for 26 hours and is still going strong. Read it if you have the stomach and ask why a garden-variety newsroom hack is opining rather than reporting.

One might also ask why a Coalition government persists in feathering the nest of its sworn foes. Yes, one might ask that, but with no expectation of an answer.

Their ABC’s Six-Week Reign of Error