A Plea for Pragmatism over Principle 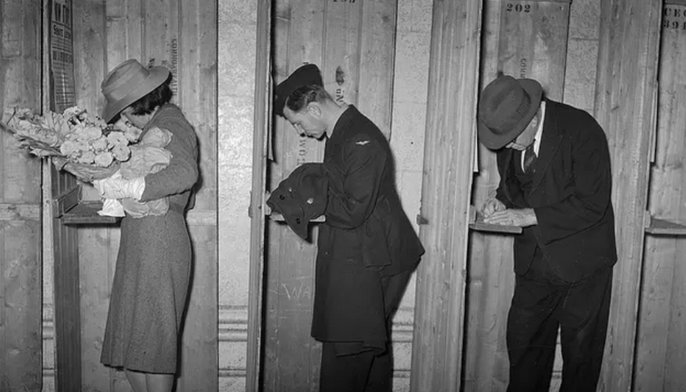 I hope you won’t think less of me. At the weekend I glanced at the magazine inside the Australian newspaper. It carries a column by Phillip Adams. Involuntarily, I read the first couple of paragraphs. Can’t recall what it was about but he described Tucker Carlson, who has the prime evening spot on Fox News, as “noxious.” In other words, harmful, poisonous or very unpleasant.

Does Adams actually follow Carlson? I have to doubt it. Carlson is a Christian, a family man wedded to traditional values and sojourns in the great outdoors; he is a fervent anti-racist and therefore despises CRT being taught at schools. He is against American military adventures abroad; finding it ironic that the integrity of the Ukrainian border seemingly takes precedence over the integrity of America’s southern border. He unceasingly mocks the group-think bias of the mainstream news media. He’s determinedly opposed to the various expressions of wokeness like, for example, men in the guise of women competing against women on the sporting field or in the swimming pool.

OK, many of Carlson’s views might not appeal to Adams but he would surely be onboard with anti-racism and opposition to military adventures. For the rest, Carlson is simply a conservative. If Carlson is noxious to Adams, I assume all conservatives are. Of course, Carlson suffers from being extremely popular and influential, having the largest of all cable news audiences in the US. That brings him into the cross hairs of your typical lefty. And being against vaccine mandates and in support of the Canadian truckers means that he commits the latest sin.

It took me aback once when the TV cameras pried into a group of Labor Party supporters during the Howard era. Whether they were entirely typical I don’t know. But, their hatred of Howard was visceral and palpable. I never imagined mild-mannered Howard could evoke such negative emotions. Roger Hunt a famous Liverpool player of the 1960’s (Sir Roger to fans) expressed similar surprise when he discovered that Scottish players took particular delight in England losing. He’d always supported Scotland as a boy, as did I. Neither of us realised for a good time how deeply resentment of the Auld Enemy ran through Scottish blood. Tribalism came to the fore.

Tribalism, I think, is the way to understand Adams. It is the way to understand why many traditional Labor voters continue still to vote for the Labor Party despite it holding values far removed from those it formerly held. My party right or wrong sums it up. Tribalism, which I admittedly suffer from when it comes to English football, is a species of arrested development. You get stuck in a mindset and never move on. Cheer a goal when you’re ten; cheer in exactly the same way when you’re seventy. Very few things, apart from tribalism, keep you stuck in the same groove from birth to death, whatever the circumstances.

Used to be on the left. Never radical but voted twice for Whitlam. Reflecting. At the time, I felt a tribal affiliation with the Labor Party; despised the Libs. Used to read Mungo MacCallum with joy. Since changing sides, after my brain had fully matured, I’ve had no tribal political affiliation. I didn’t erect a new one. That’s me. My question is whether being conservative ineluctably removes you from the tyranny of political tribalism. Readers might throw further light on the matter.

Like to think conservatives judge people and parties on their merit. For me, Trump’s policies provided sufficient reason to support him; though apparently some precious so-called conservatives found his mean tweets insufferable enough to support Clinton and Biden. No accounting for refined tastes.

This brings me to the here and now. I don’t much care for either Morrison or Albanese. By that I mean that I don’t care for their political personas. I make no comment on their characters; what’s in their hearts. They might be princes; I don’t know them.

To make matters worse, neither of the parties they lead has polices which appeal to me. Net zero, large-scale immigration, big non-defence spending – too little defence spending, soft on free speech and cultural issues and on freedom generally, Covid hysterical, regulatory overreach. Then there’s the Liberals masochistic kowtowing to the ABC. “We’re giving you more loot so as you can beat us up more.”

I’ll vote for One Nation or the Liberal Democrats or the UAP. They all have polices which better match my views. At the same time, there is no getting away from it. Either the Labor Party or the Coalition will form government. Those preferences will count.

I’ll hold my nose and give mine to (“Moderate Liberal”) Trent Zimmerman in North Sydney. He’ll be opposed by one of those dreadful Holmes à Court Climate 200 candidates, who have to be prevented from wielding power. A Labor government beholden to the Greens and Greens in drag is a sufferable outcome only if you have no tribal affiliation at all to Australia and its battlers.

We face an energy Armageddon. Once coal has been driven out the lights will go out. And, no, optimists, this won’t trigger a major rethinking on the part of the elites. They’ll use the apparatus of the state to crush dissent. COVID has given them practise. This is no time for high principles to trump pragmatism. The Coalition is the least-worst option; and, hopefully in the Senate at least, beholden to one or other of the minor more-conservative-minded parties, which I mentioned above.

Muslims Are What Muslims Believe

Good Sense from an Unpalatable Man

Media and the Left