Vaccine Passports are an Affront to Law and Liberty 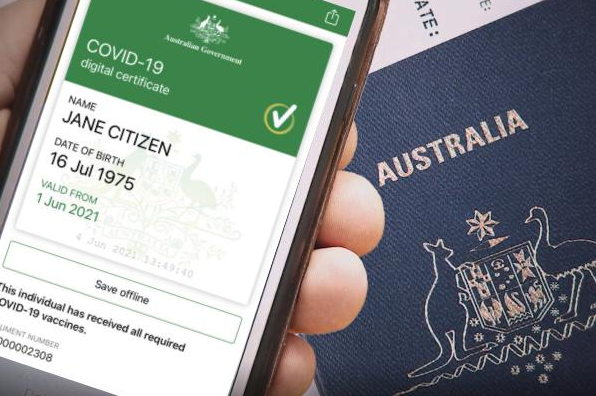 Recent polls suggest most Australians support vaccine ‘passports’. History, however, is littered with examples of a popular opinion being dead wrong. Approval for assisted suicide is also popular, according to opinion polls.

I am not against vaccines. However, governments, bureaucracies and business leaders have no right to enforce or to coerce an individual to take a medical treatment against his or her better instincts or judgement. This is known as the principle of informed consent and the Australian Immunisation Handbook makes it clear that vaccines “must be given voluntarily in the absence of undue pressure, coercion or manipulation.” What is more, the decision to take a medication must remain the sole preserve of the patient-doctor relationship, so that particular individual circumstances can be considered.

Yes, it is important to safeguard as far as possible from COVID. However, there must be a sense of perspective, which has been seriously lacking, especially from the media. According to the Australian Bureau of Statistics, the ‘flu claimed nearly 1500 in 2019, including 37 on one day alone in Adelaide. Yet there was zero discussion about the need for a ‘flu vaccine passport’, or any suggestion that we crush businesses and livelihoods to ‘stop the spread’.

COVID is very often worse than seasonal flu, but it is also true the Wuhan virus isn’t the Spanish flu of 1918-1920. Estimates of death from that pandemic range between 30 and 50 million, with some estimates going as high as 70 million, many of whom were women in child-bearing age.

Here are the undisputed facts about COVID from the Australian Institute of Health and Welfare. The average lifespan of an Australian is 82.6 years. The average age of Covid fatalities in Australia is 85. Since the pandemic began, the COVID fatality rate for Australians under 50 is four in 12,000. Sixty-six per cent of COVID deaths have been in nursing homes. Seventy-three per cent of COVID deaths involved pre-existing chronic health conditions, and a higher number involved non-chronic but somewhat serious health complications. It would be difficult, therefore, to justify discrimination on the basis of vaccine status, especially if one has no pre-existing conditions, or is not in a vulnerable category.

However, in Australia, it seems we are being steamrolled towards medical segregation, where unvaccinated people will be considered ‘unclean’ and thus unfit to participate in society. This reminds me of how lepers were considered ‘unclean’ and segregated. Is treating unvaccinated people as pariahs faithful to the Gospel message of that special brand of love called charity? If our media, politicians and bureaucrats cannot see any problem with demanding that perfectly healthy people undergo a medical procedure in return for permission to participate in society, or to work, then we have a much bigger problem than COVID-19.

In the UK, plans for a vaccine ‘passport’ have been abandoned. In reporting on this development, the Sunday Times made some interesting observations. The report, based on a survey by Imperial College,  stated that:

Vaccine passports are being viewed as a redundant measure in light of ongoing community transmission. New research also suggests that domestic vaccine passports increase hesitancy and distrust of governments.

In terms of ongoing transmission, the Times noted that, with a high percentage of the population double-dosed between 1 February and 29 August there have been – wait for it – 1054 deaths among the vaccinated and 536 COVID deaths in the unjabbed over the same period. So much for the ‘pandemic of the unvaccinated’

Additionally, ethical concerns have been raised in relation to certain coronavirus vaccines that have either been derived from the cell lines of an electively aborted foetus, or laboratory testing of them has been conducted utilising such cell lines. Last year, Prime Minister Scott Morrison promised that he would be sensitive to these concerns. In his words: “These are personal judgements that people make and you’ve got to always be respectful of other people’s views.”

But aren’t Christians supposed to love their neighbour? Shouldn’t they get vaccinated for the common good? Sure, but they should be vaccinated of their own free will. Our fundamental freedoms, especially those of speech, movement, conscience and religion are inalienable. They are not to be ransomed back to us in the name of compliance – no matter how worthy the cause.

A Timely Reminder of Liberty’s Roots

Emergency Powers and the Rule of Law