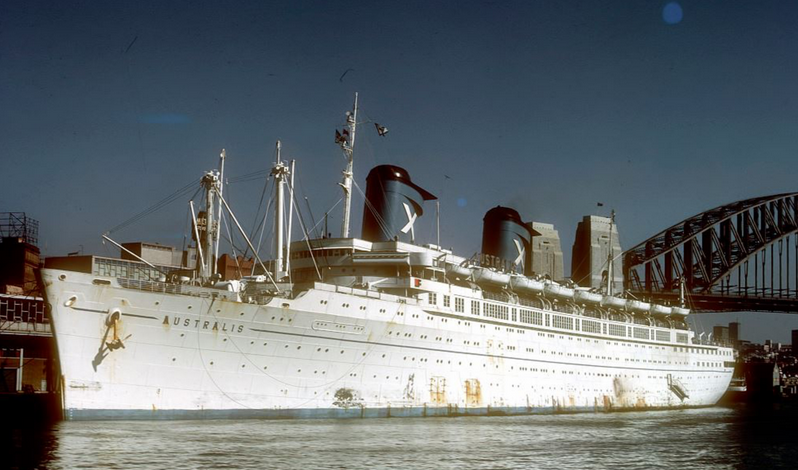 The time has come for members of the Third Wave of immigrants who arrived in this country to gain their own Voice to parliament and be recognised in the Constitution.

The Australis Statement from the Sea, named after the ship Australis (above) that brought so many migrants to these shores, calls for recognition of Third Wave citizens, the many Wogs, Huns, Balts,  Poms, Paddys and other migrants who arrived here after World War II.

Many suffered abuse for their strange cultural practices, their odd surnames and accents, taste in food and clothing and ignorance of the bush and the beach. There has never been an apology to these hard-working families for the loss of culture they suffered as they dropped their own practises and assimilated into modern Australia. They get no recognition in our founding document.

The Australis Statement from the Sea invites all Australians to walk with them on a journey of reconciliation.

We ask for understanding, empowerment and a future of hope, inclusion and justice for all. We call for Third Wave citizens to be given a voice in the lawmaking that governs this continent. A Third Wave voice enshrined in the Constitution and a commission to supervise a process of agreement-making between government and Third Wave citizens, and truth-telling about our shared past as the basis for lasting reconciliation.

We look forward to the coming referendum that will enshrine our Third Wave voice in the constitution. 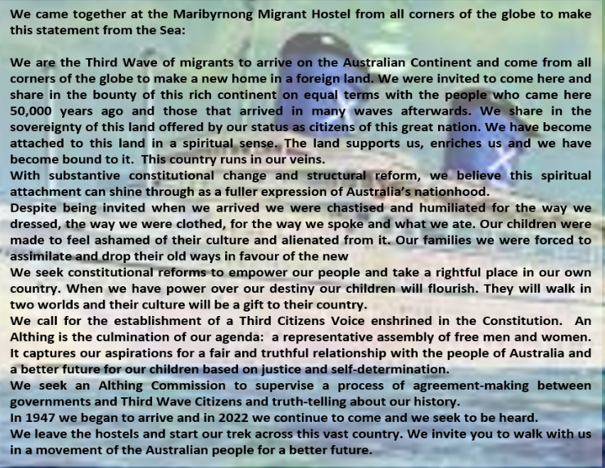 21 thoughts on “A Voice for Wogs, Huns, Balts, Poms and Paddys”