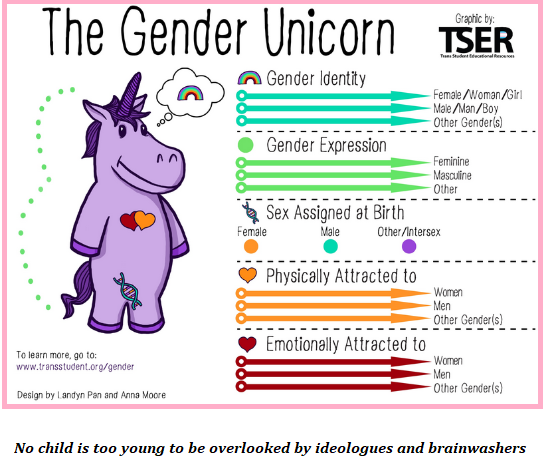 Jane Austen wrote a lot about sex. In Pride and Prejudice, Elizabeth Bennet says to Mr Darcy: “I am no longer surprised at your knowing only six accomplished women. I rather wonder now at your knowing any.” He replies: “Are you so severe upon your own sex, as to doubt the possibility of all this?” In Emma, Mrs Weston says to Mr Knightley: “perhaps no man can be a good judge of the comfort a woman feels in the society of one of her own sex, after being used to it all her life”. And in Sense and Sensibility, Austen writes of Mr Palmer: “His temper might perhaps be a little soured by finding, like many others of his sex, that through some unaccountable bias in favour of beauty, he was the husband of a very silly woman.”

Of course, Jane Austen never mentioned the word’s other usage, to have sex or intercourse, since that topic was never mentioned in print or in polite circles when she wrote. But until the 1970s, the terms “male sex” and “female sex” were normally used to describe the different biological and cultural status of men and women. Since then, sex has been dumped in favour of gender.

Newspaper subeditors, who once regarded themselves as the true guardians of the language, have also succumbed, not only in the leftist media but in what remains of the respectable press where terms such as “gender quotas”, “gender fluidity” and “gender crisis” now abound. The doyenne of economics writers, Judith Sloane, recently analysed the “gender pay gap”. And even an impressive defender of cultural sanity like Peta Credlin can warn about the political consequences if the “Liberals concede on gender”.

How did this change to such a vital term come about? Some might think gender is preferable because it is a more polite term that removes the ambiguity that emerged in the twentieth century when the word sex not only referred to biological status but also became openly used to refer to sexual intercourse. However, there is much more to it than that.

Gender is a term that reeks of identity politics. It emerged in its present form in the 1970s when gay activists began to demand that homosexuality be not merely tolerated but given equal standing with heterosexuality in all things. It was reinforced by feminists who wanted to eliminate the differences between men and women. Since sex was grounded in biology, it decreed that the difference between men and women was fundamental. Our chromosomes determined that neither one could become the other. Moreover, the biology of sexual difference did not recognise homosexual activities. Indeed, it implied they were unnatural.

So the activists ingeniously moved their terminology away from biology and into linguistics. In linguistics, gender is applied arbitrarily and by custom. Apart from customary use, there is no inherent reason why the French language, for instance, applies the feminine gender to “the sea” or “the mountain”, la mer, la montagne, or the masculine to “the dog” or “the desk”, le chien, le bureau. If gender is arbitrary and customary, it can be altered by changing the language. Hence if sex was redefined as gender, it too could become just as changeable.

The way to do this, the activists saw, was by demanding new speech codes in government-run bodies like universities and bureaucracies. They also campaigned relentlessly by example, using their preferred terminology in their own writings, first in academic journals and later in the popular news media.

Meanwhile, the public at large remained oblivious to this sleight of hand. Most people never understood the issues at stake in renaming sex as “gender” and saw nothing to get upset about, let alone any evidence of a campaign to impose an ideological orthodoxy. Even most of those who made their living as writers saw no need for any fuss. So gender took the field without a struggle.

Such excess of nomenclature is a sure sign that power has gone to the activists’ heads. It is now twenty years since New South Wales and Western Australia led other states to change their laws to recognise people under the Gender Reassignment Act. An unintended consequence for the politicians who voted for this is that the biological concept of sex has been progressively replaced by the sociological term of gender. So the next stage of the activists’ campaign is to get rid of the biological concept altogether.

They do this by arguing that it is “transphobic” to support the use of “sex” as a meaningful category. In the UK, gender identity lobby groups such as Stonewall and Gendered Intelligence will brook no opposition to their claim that “Trans Women are Women” and that gender identity outweighs any claims that arise from biological sex. Merely to identify as a man or a woman, they say, is sufficient to actually be a man or a woman, irrespective of chromosomes, reproductive organs or any other biological attribute. They demand acceptance of their slogan with repeated calls of “No debate”. Stonewall has now awarded the majority of UK universities the title of “diversity champions”, which means they are publicly committed to this activist group’s definition of gender identity.

In an illuminating paper published in March in the Journal of Philosophy of Education, two UK feminist academics, Judith Suissa and Alice Sullivan, took a stand against this position. They argued it meant the end of scholarly research and debate in this field. Biological sex lies at the heart of a body of feminist theory that asserts the ongoing inequality between men and women, its historical origins and its role in political theory and practice. Suissa and Sullivan say one cannot articulate, much less defend, this theoretical analysis without assuming the basic distinction between biological sex and gender:

Gender identity ideology is in this sense, absolutist, demanding that we ignore material evidence of the relevance of sex in any context. Repetition of the mantra “Trans Women Are Women” obstructs any attempt at a nuanced discussion about the circumstances under which sex might be relevant … The view that it is transphobic to acknowledge natal sex as even potentially relevant has led gender identity campaigners to demand that social and human scientists must not collect data on sex, and philosophers must not use sex as a conceptual category.

It is heavily ironic that among the principal targets of the gender identity campaigners are those on the Left of the political spectrum. In the UK it is the Labour Party that has copped most of their attention in recent times, and which, in response, has quickly bent the knee in apology. During the contest for parliamentary leadership of the party in 2020, all the candidates, except the winner Keir Starmer, signed a pledge to expel from the party any women who supported “sex-based” rights. Another Labour MP, Rosie Duffield, found herself in the sights of the new orthodoxy when, in response to an advertising promotion for cervical cancer screening for “individuals with a cervix”, she “liked” a mocking tweet that asked, “Do you mean women?” Duffield soon found herself in the middle of a social media storm calling for her removal from the position of Labour Whip. Two of her own staff resigned over her “overtly transphobic views”.

Feminist academics who once made university teaching intolerable by trumped-up charges of sexism against male colleagues are now seeing their own specialisation cut from under their feet by more militant operators. In Australia so far, publicity about this activity has been confined to radical critiques of Germaine Greer and J.K. Rowling for taking pro-feminist positions against transactivists, and the issue of the right of biological men to compete in women’s sports. The paper by Suissa and Sullivan reveals that in UK academic life, things are gyrating out of control. When they tried to convene the 2020 Women’s Liberation conference at University College London, their event was deemed by university authorities as “high risk” and required expensive security. The list of tactics recently used by transactivists against events staged by traditional feminists include sabotaging their booking systems, defamatory allegations against speakers, petitions to get meetings cancelled, protest rallies outside events, threats of violence, and even physical assaults on speakers.

Anyone who thinks Australia will be somehow quarantined from this epidemic of political insanity had better think again. The Morrison government has just capitulated to the Human Rights Commission’s pursuit of “gender equality” by accepting its list of rules that prohibit men from, among other things, looking at a woman for too long, or inviting her out for a date she doesn’t want. These activists clearly have the ability to get politicians to do their bidding. Like the British Labour Party, the Coalition will soon find that feeding this ravenous beast only encourages it to demand bigger servings from the same banquet.

To succumb to the demand to use gender as the preferred synonym for sex is to corrupt and diminish the language. It leaves speakers of English without a one-word version for the most significant biological division within the human species (not to mention all the other mammals on the planet). So it is clearly time for some cultural disobedience in response. Those of us who see this tyranny for what it is should stop using the linguistic term gender as a synonym for sex. When categorising the males and females of our species, we should emulate Jane Austen and the other great English novelists by sticking with the traditional term.

Instead of giving in to the cultural totalitarians of identity politics, we should give them a taste of their own medicine and cancel the word gender from our own usage altogether. This is a small gesture that might take a while to catch on. It will never happen in the universities, of course, but there is probably a silent majority out there in the real world hoping someone will start the ball of dissent rolling.