In the Dark Green Bowels of the SMH 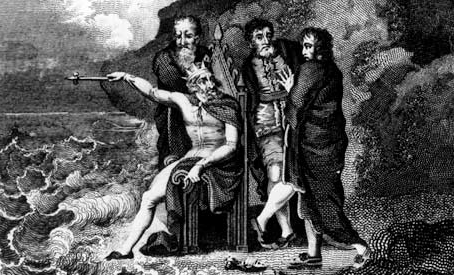 The Sydney Morning Herald on Thursday (11/11/2021) irritated me across a significant number of articles on climate and energy related issues. Separately, that is, from the political commentary about Morrison, Glasgow, etc. “Fears that COP’s 1.5 degree climate goal may be slipping away” by the paper’s environment editor, Nick O’Malley, considered United Nations analysis that the world will warm by 2.7 degrees Celsius by 2100, based on national emissions reduction pledges for 2030, and by 2.1 degrees if all the countries that have committed to net zero by 2050 get there. It concludes that keeping alive hope of limiting temperature increases to 1.5 degrees appears elusive.

What irked me is that the emissions reductions outlined to meet the Paris goal of limiting warming to 2 degrees were never realistic and the 1.5-degree aspiration entirely fanciful. This latest modelling from the UN confirms that, as it is very unlikely net zero emission by 2050 commitments will be delivered on time and in full. Can’t they just come clean?

The warmists and their mainstream media stenographers seek to regulate the temperature by controlling the amount of carbon dioxide in the atmosphere by controlling emissions from human activities, largely the burning of fossil fuels. And yet, despite all the talk of temperature limits, emissions targets and policy levers, there is no ‘tap’ with which to control emissions. There are more than 7 billion people on the planet, the global economy produces annually some $100 trillion worth of goods and services and mobilises 60 billion tonnes of materials to do so, including around 8 billion tonnes of coal per year and 100 million barrels of oil every day. About four in five of the world’s people are still at modest living standards at best – the OECD countries account for only about 1.3 billion people. China and India each have more people than the OECD countries combined, and then there’s the rest of Asia, Central and South America, and Africa.

There is simply no way that the global political economy, and the vast energy systems and infrastructures that underpin it, spread across the 193 member counties of the United Nations, is going to reduce emissions to the needed extent within the time frames climate scientists and activists talk about. If the climate models are even half-way right, global temperatures will rise. All this talk of keeping to 1.5-degree and 2-degree limits is fanciful at best, perhaps the manifestation of a masochistic desire for self-flagellation borne of an elite status game to see who can best demonstrate their green virtue by proposing the biggest and most unrealistic commitments.

But let us return to the SMH , where ‘explainer’ by Sherryn Groch beneath the headline “The climate clock: What’s the world’s carbon budget, and what’s Australia’s share?” considered the global ‘carbon budget’ – the total amount of carbon dioxide we’re told can be emitted over time from human activities – if the Paris temperature goals are to be met. How much is left in that notional budget? Some 500 billion tonnes, according to the SMH, or about 12 years at current emission rates. This poses the question of how the world in general divvies up the budget, and, most locally pertinent, what is Australia’s share to be? The whole concept of a ‘carbon budget’ and ‘divvying it up’ suffers from the same basic problem: we don’t have any ‘tap’ that controls emissions, and certainly not one which can be turned off in accordance with green desires and COP26 communiques.

As the SMH‘s two-page spread acknowledged, the world is currently on course to produce in 2030 more than twice as much fossil fuels as would be allowed under this notional ‘carbon budget’. For Australia, the explainer suggested that we need to cut emissions by 75 per cent from 2005 levels by 2030 — three-and-a-half times the 20 per cent reductions we’ve achieved so far. To make that seem plausible, the ‘explainer’ cited ANU climate alarmist Professor Will Steffen’s view that we could get 100 per cent renewable energy power by 2025. This is where enviro fancy collides head-on with fact. Electricity generation accounts for only about one-third of Australia’s emissions, and renewables are now only about 20 per cent of electricity generation, with about a third of that being hydro. The ‘ask’ here is completely fanciful.

Meanwhile, the SMH still banging its green drum, there is “Net zero vow fails to shift the dial’” by Nick Toscano, who reports that investment in Australia’s renewables infrastructure is drying up because the government is not planning for (i.e., subsidising) a sufficiently rapid transition. That report mentions long-running problems with congestion (grid overloads due to new renewables being in places with weak transmission infrastructure); system strength issues (because wind and solar have no synchronous, spinning inertia and operate through inverters); and transmission losses (because wind and solar farms are much further from city load centres). All these issues are well known engineering challenges that arise from renewable generation making larger and larger contributions to the electricity system, and all will be costly and technically challenging to address. Basically, the renewables sector is saying it could build more wind and solar farms if someone else — i.e., the government — addressed and paid to remedy all inherent disadvantages of renewables. Talk about subsidies!

Diving further into the green bowels of the climate-obsessed SMH we come across “Macron boosts nuclear power plans to meet France’s net-zero ambitions” by Bevan Shields, who considers the French president’s recent announcement authorising the construction of six more large nuclear power stations to underpin energy independence and security. It also quoted a Greenpeace France activist saying nuclear is “too expensive, too slow, and too dangerous”.

I’d say Macron, and perhaps the French people, have spotted a growing opportunity for electricity exports and the potential to underpin European and United Kingdom electricity security with nuclear power. Here it is germane to consider Germany. If it maintains and implements its current policy of closing its nuclear power stations and coal-fired plants by 2038, its electricity supply will be dependent on renewables, Russian gas and French nuclear power. The European industrial powerhouse, Germany, with its mighty Fabriken built on coal from the 19th century onwards, would be substantially dependent on Russia and France for electricity security. France will love underpinning the electricity security of its two great European rivals, Britain and Germany, which it has trailed in the European power and economic stakes since Napoleon’s defeat at Waterloo by the combined British and Prussian forces. Macron senses that nuclear power has the potential to make France great again.

In the business pages, courtesy of SMH editors who seem determined to break the world record for the most climate alarmism jammed into a single edition, there is a wire-service report from Bloomberg’s  Thomas Biesheuvel, who relates why “holding fossil fuels is the new black”. It appears efforts by activists and global financiers to punish listed companies for holding coal assets are apt to backfire as pressured companies, including Rio Tinto and BHP, have undertaken to sell their coal mines and other fossil fuel assets. However, the article observes that new owners may not do what the activists want. For example, Anglo American had been intending to run down its South African coal mines to their end of lives and that they weren’t a big part of the outfit’s diversified profit lines. But that wasn’t fast enough for activist investors, so Anglo American spun out its South African coal assets into a separate company and put one of its executives in charge. The new company is a coal pure-play, and the CEO has said he doesn’t see his job as closing these mines. Instead — Surprise! Surprise! — he wants to sustain and grow the business.

On a related note, BHP announced that it wanted to off-load its Mt Arthur coal mine, the largest in NSW, but couldn’t get the price it wanted, so has now applied to extend the life of the mine for 20 years. The global finance and activist community are now changing tack, saying they’d prefer these coal mines, and fossil fuel assets more generally, to stay in the hands of their large, diversified current owners as they might well be more open to demands for closure than divestment. Given how low BHP and the like have already bowed to the pressure of activists’ public relations campaigns, that’s probably a good bet.

So now BHP is under pressure to close Mt Arthur rather than sell it. Basic economics tells us that the more coal mines and oil and gas wells are shot down and exploration and development investment curtailed, the higher  fossil fuel prices will go and the more profit there will be for operating those assets. Demand will not go away just because investment in supply is choked off. The painful OPEC oil shocks of 1973 and 1979 will be nothing to horrors of the fossil fuel shocks that are coming if these end-fossil-fuels-now financiers and activists get their way.

And indeed, on page 33 of the SMH, we were told in “Chart of the Day” that while energy prices are spiking for a range of reasons such as the wind drought in Europe and economic recovery from COVID-19, analysis suggests energy prices will remain high for years to come because of low investment in new fossil-fuel capacity over the last seven years. There is also an article reproduced from The New York Times that electric vehicles can’t fix the environmental problem posed by people having the means to travel where and when they wish. That article argues that cars, “personal motorised transport”, are the real problem, and replacing petrol engines with electric motors doesn’t get to the root causes. To this end, the article suggests the solution is simply to get rid of cars, not make them electric, saying they “crowd out alternative ways of moving people and products” and that a switch to electric vehicles will only risk “entrenching car dependency”. It doesn’t mention what alternatives it has in mind. Other activists, as we know, promote walking, cycling, and public transport, which gives us a strong clue.

The level of delusional rhetoric, fantasy-world targets and policies, and uncritical commentary – platforming green propaganda, not journalism – about emissions reduction seems to know no bounds.

Dr Michael Green has a PhD in Systems Engineering