The Pain and Pointlessness of the Paris Accord 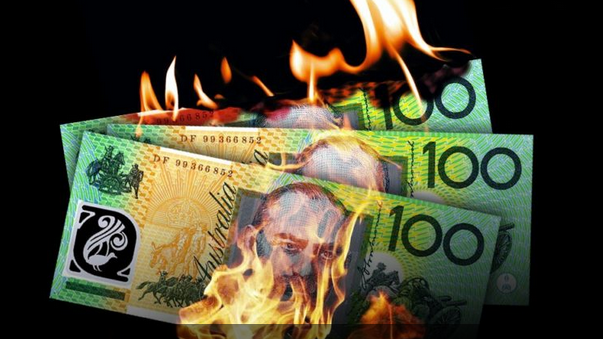 Many aspects of global warming’s alleged “settled science” remain in dispute but, for the sake of argument, let us accept the supposed consensus of the climateers and proceed to examine what the Paris Agreement offers by way of a solution to the purported threats.

According to the recently released IPCC SR15 report, the planetary thermometer is likely to soar over the next 30 years, prompting extinctions, weather extremes, famine, epidemics, border-busting waves of “climate refugees” and, just for good measure, hermaphrodite clownfish.  If we are to avoid these calamities, again according to the IPCC, net CO2 emissions will need to decline about 45 per cent by 2030 and reach net zero by 2050. This must then be followed by the removal of carbon dioxide from the atmosphere to get the presence of that trace gas back to a “just right” level, whatever that might be.

I present below (Figure 1) a rather old (2011) prediction of projected carbon dioxide emissions from three emitters, Australia, United States, and China.  In 2006 China did indeed overtake the United States as the world’s major emitter. 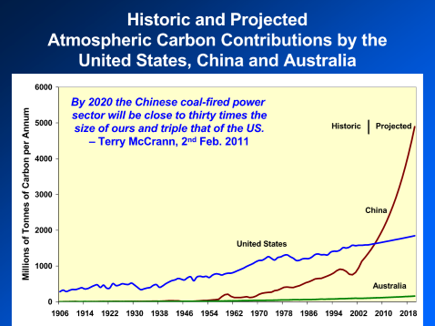 And, by 2016, Figure 2 shows that China was indeed closing in on double the emissions of the USA, and that their emissions were still rising. Australia still dragged its feet on around one per cent of total world emissions. 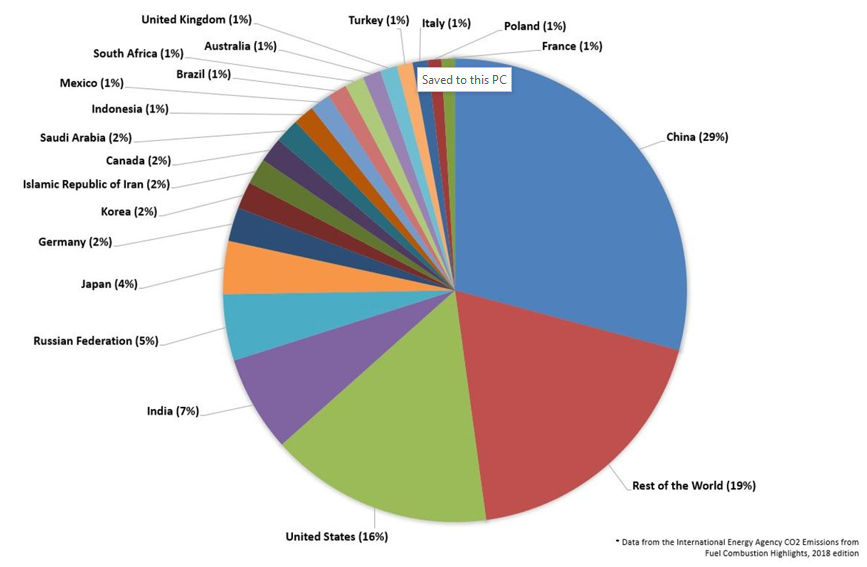 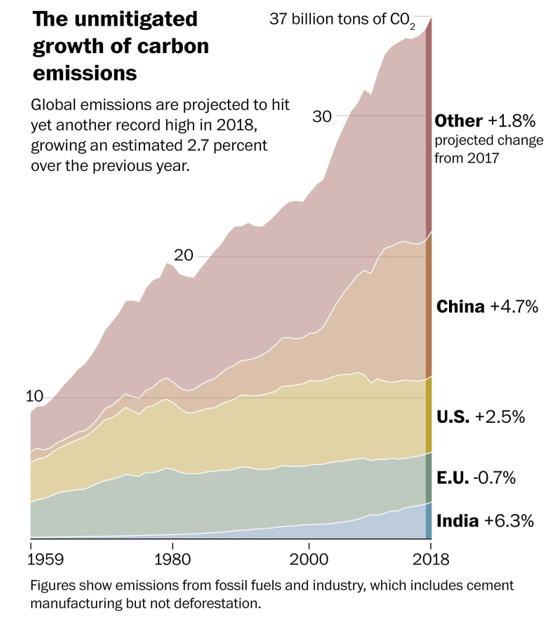 There are three “take home” messages to be seen in these three figures.

However, the most significant players in the climate change narrative are China and India, both of which dramatically ramped up their carbon dioxide emissions and continue to do so at the rates of 5 per cent and 6 per cent per annum respectively. Both China and India have made it very clear the urgent needs of their people preclude any possibility of contributing to emission reductions during the Paris accord’s initial commitment period, which ends in 2030. Instead, China has announced its intention to increase its 2010 emission levels by between  50 and 100 percent, while the International Energy Agency predicts that emissions from India will treble over the 2010-’30 period. This proposed increase is authorised by the IPCC under the Paris Agreement.

The second “take home” message we should also note from Figure 1 and Figure 2 is that between 2010 and 2016 China’s emissions grew every year by more that Australia’s total emissions. And that at 2018 it continues to grow at 5 per cent. If Australia were to achieve a 100 per cent reduction in its carbon dioxide emissions overnight it would only delay the IPCC-predicted Climatageddon by just twelve months.

For all the pain that Australians would suffer, that is pretty well the very best case scenario the world can expect from our sacrifices: a one year reprieve!

The third lesson to be gleaned comes from Figure 3, which shows the EU, even after the expenditure of hundreds of billions of euros invested in renewable energy technologies over the last three decades, has only managed the most minor of reductions in emissions — a reduction totally dwarfed by the increases in carbon dioxide coming out of China. There is evidence a good proportion of the reductions achieved by the EU are largely due to transfers of manufacturing industry to China, where restriction on emissions are not necessary. This means even these reductions in emissions by the EU are largely illusory. Indeed, the EU’s embrace of renewables haven’t even cancelled out India’s increase! The huge expenditure and almost negligible reduction in EU emissions should be ringing alarm bells for all those economists who attempt to do cost-benefit analyses. What cost should we bear for a one year reprieve? The EU and the US could of course reduce their emissions for a further minor delay, but while India and China are allowed to continue increasing their emissions a delay is all that can be achieved.

Having looked at the above figures I decided to amend Figure 3 with a quick and dirty projection of what the major players have said that they expect their emissions to be in 2030. The result ius presented it below as Figure 4. In the figure China doubles its emissions, India trebles its. Europe and USA make no significant advance on reductions – a reasonable assumption for a twelve-year projection, since they haven’t made any significant reductions in the last thirty to forty years. Other? It’s hard to believe that they won’t follow China and India’s lead and aspire to increase their emissions, After all, many of the “Other” nations are “developing nations” with arguably an equal right to increase emissions as China and India. Being generous, I am here holding their emissions constant at 2018 levels. 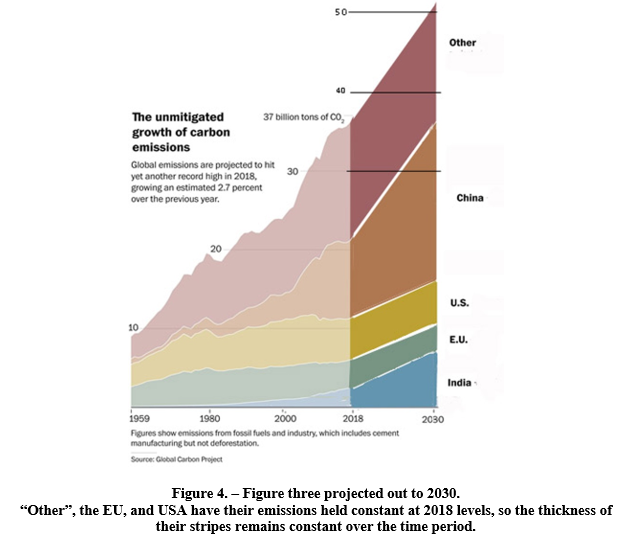 As Figure 4 shows, we are looking at a probable 35 per cent increase in emissions by 2030.

But now here is the critical point: according to the IPCC’s SR15 report, as mentioned above, if we are to avoid their predicted calamities,  net CO2 emissions will need to decline by about 45 per cent from 2010 levels by 2030, reaching net zero by 2050. Is this even possible? We have seen have seen that the Paris agreement allows India and China to continue to increase their carbon dioxide emissions at least until 2030, and who knows what after that?

Now let us also consider the fanciful scenario where the EU and the United States (and throw Australia in there as well) all cut their emissions to zero by 2030. I present this scenario as Figure 5. In such a case the total global carbon dioxide emissions would still be rising quite strongly, with an increase of 10 per cent over the twelve years. The target 45 per cent reduction from the 2010 level by 2030, is simply dreaming. 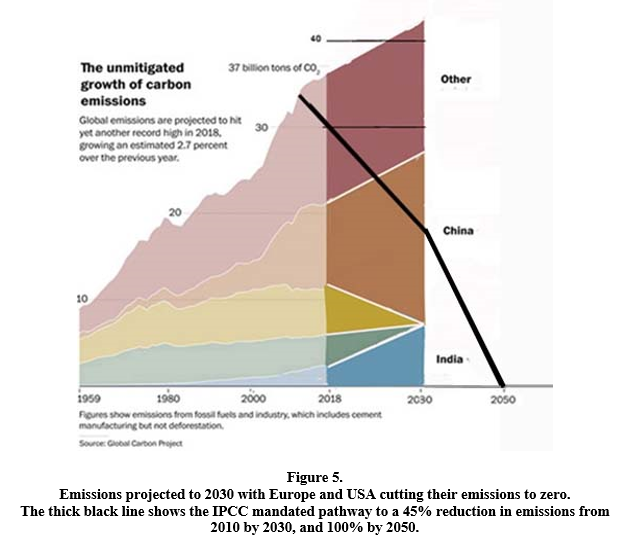 Even if “Other” were also to cut their emissions to zero, the 45 per cent reduction target remains quite simply unattainable. The thick black line in Figure 5 shows the IPCC’s supposed target of a 45% reduction of emissions from the 2010 levels by 2030, and 100% by 2050.

The reality is that Europe, the US, and Australia, or indeed any other nation outside India and China, cannot really prevent an increase in global carbon dioxide emissions – they can only delay the IPCC-predicted Climatageddon, and surely the IPCC knows this.  Given that the IPCC’s targets are obviously unattainable should make one wonder why the “brightest minds” in Australia continue to treat the Paris accord as holy writ.

The IPCC’s modelled pathways show that US $2.4 trillion must be invested in new clean energy every year from 2015 through to 2035, which, Bloomberg notes, is an almost sevenfold increase on the $333.5 billion invested in renewable energy in 2017.  Is this affordable?  In total, we’re looking at aggregate investment of $48 trillion. The interest bill alone (at say 5 per cent pa) would be $200 billion per month – more than the whole world currently spends on childhood education and environmental protection combined.

All this pain for no gain on behalf of a project that is demonstrably unattainable!

Why Climate Change Doesn’t Scare Me

What Green Academics Do Instead of Work