After the Bushfires, What Now? 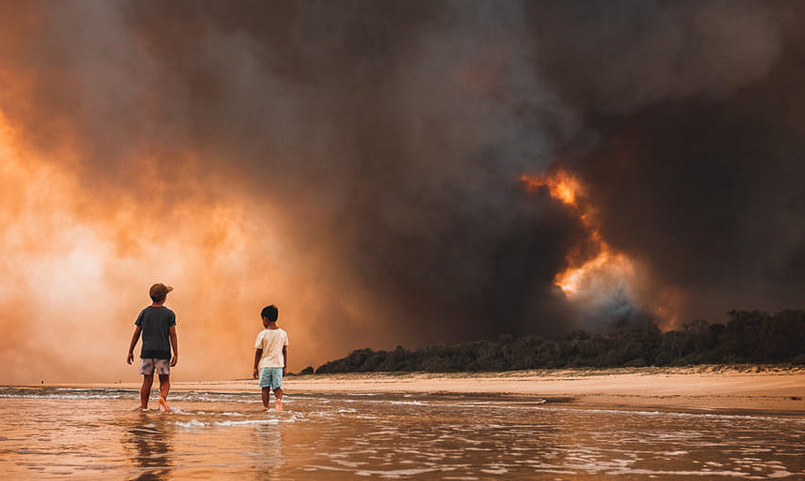 The usual controversy about fuel reduction burning in forested parks and reserves has erupted in the wake of the “Black Summer Bushfires” (as they have become known) in NSW, Qld and Victoria. Predictably, two broad camps formed up on opposite sides of the blackened and shrivelled no-man’s land that, until a few months ago, had been beautiful eucalypt forests and havens for wildlife.

On one side are the land and bushfire managers, land owners and volunteer firefighters, people who deal with fire in the real world. They are all calling for more prescribed burning, knowing that it will  mitigate bushfire intensity, making fires easier and safer to control.  Loud in opposition are the green academics and environmentalists, usually supported by the ABC, claiming that fuel reduction does not work, and even if it did, this would be a pyrrhic victory, because the burning would have destroyed our fragile biodiversity.

There is nothing new about any of this. The same debate with the same sort of people on the same sides making the same points has been going on for at least 60 years. Indeed, it goes back to the first colonial land managers to come out of Europe who tried to impose European fire ecology on Australian ecosystems.

What is new, however, is the entry into the debate of a third party: the self-styled “Fire Chiefs”. They disdain fuel reduction and have little interest in biodiversity, but are fixated on climate change.  This has introduced a whole new element into the burning debate: the political and scientific controversy around climate change, if it is real and what to do about it. The “Fire Chiefs” argue that the first priority for Australian governments must be to reduce CO2 emissions. They assert that if this is done, the Australian climate will become so mild and damp that bushfires will no longer be a problem.

As is so often the case with complex socio/political issues, the controversy over fuel reduction burns is never going to be resolved by debate between people with firmly held opposing views. Anyone who thinks it can should reflect on the debate between people who believe the Bible is the word of God, with every word true, and those who consider it to be a book of, at best, a set of guidelines on how to live a good life. No, the controversy will not be resolved by debate and may be irresolvable, at least in the short term. But it could be short-circuited by determined governments — real leaders prepared to put the interests of Australians and their environment before ideology.

I am a true-believer in the value of fuel reduction burning. Over the years I have done a lot of burning and, even better, I have been involved many times in fire control operations in which we were able to control very intense fires when they ran out of long-unburnt bush carrying heavy fuels and into recently-burned areas where the fuels were light and patchy. I will give my full support to leaders who decide to lead, rather than to be led.

But my support for burning is qualified.  For example: it must be seen as part of a comprehensive and integrated bushfire management system, not a solution in its own right; it must be done to strategically and must be cyclic, so that there is always a mosaic of different fuel ages across the forest; burns must be large enough to give benefits at the landscape level, and must be thorough enough to actually reduce fuel quantities. Further, the work must be in the hands of trained, experienced and confident people who understand the underlying science of fire behaviour and the technology of safe burning and who have in place good quality control and impact monitoring.

This might seem like an intimidating list but it needs to be remembered that the burning program is funded from the public purse and therefore must be professionally planned and executed. Moreover, burning has an inherent risk. But, the great thing about both of these factors is that the more burning is done, the more money is saved from the need to fight mega-fires and on bushfire recovery. Even better, the more burning that is done, the easier, cheaper and safer it all becomes.

To be honest, I despair over the attitudes of those who oppose fuel reduction burning. It is not just that their arguments are invalid, it is that they cannot or will not see this. The burning-destroys-the-biodiversity story simply does not hold water. I have yet to hear of one plant or animal in Australia that has become extinct, or that has even become endangered as a result of a properly executed fuel reduction burning program. On the contrary, forests subjected to periodic mild-intensity burning are healthier, more beautiful, more productive and more biodiverse that are those that are either long-unburnt, or incinerated in a mega-inferno.

As for the belief that a fuel reduction program has no benefit in wildfire control, I can only conclude that those who think this have no real-world bushfire experience. The value of fuel reduction can be argued by simple physics: less fuee, smaller fire. But better than that, it is reinforced by the experiences of firefighters on the ground on thousands of occasions. Furthermore, those arguing against fuel reduction burning often shoot themselves in the foot, when they say “OK, let’s do some, but only around the boundaries of residential areas”. This is a clear admission that it works and that they know it works.

I also despair over the blinkered ideology of the “Fire Chiefs” who believe that the answer to Australian bushfires lies in changing the world’s climate.  Whilst I can understand why the environmentalists like it, it is a tragedy that this idea has taken off in the media, as it is distracting attention from the things that need to be done right now to better prepare the country for inevitable summer bushfires. The alliance between “Fire Chiefs” and environmentalists — their front group is backed by Tim Flannery’s Council Council, in case you haven’t heard — is easily explained: blaming climate change for the bushfires excuses both groups from any accountability: the “Fire Chiefs” who failed to prepare the country when they were running the show, and the environmentalists who have opposed and successfully constrained responsible bushfire management over the last twenty years.

Where will it all end? I would not want to pre-empt the report of the upcoming Black Summer Royal Commission but I would expect it to come out in support of expanded programs of fuel reduction burning.  Every bushfire inquiry since 1939 has come down in favour of more burning (with the single exception of the COAG inquiry led by Professor Whelan of Wollongong University, author of the paper “Don’t Fight Fire with Fire”).  I expect that the Commonwealth government will endorse the Royal Commission findings. Then things will become murky. Victoria, for example, is unlikely to accept them, the current government being beholden to urban greens and the state’smost senor Fire Chief referring to fuel reduction burning as “an emotional load of rubbish”. The responses of the NSW and Qld governments are harder to predict and will sway with the political winds at the time.

Ultimately everything will depend on whether or not the Commonwealth decides to get tough. Canberra cannot enforce, but it is within their power to encourage the adoption of effective burning programs by the states and territories. This could be done through targeted funding of approved plans — for example, by upgrading the National Bushfire Mitigation Program introduced many years ago by John Howard and then canned by Malcolm Turnbull. The Commonwealth could also marginalise the green academics opposed to fuel reduction burning by the simple expedient of no longer lavishing enormous research grants on them.

Finally, the Commonwealth could bring an end to the free ride being given by the media to the  “Fire Chiefs”. They should be called out. Their position is wholly unsustainable, as they have been unable to come up with a single sensible suggestions for tackling the current bushfire crisis. Just saying “Stop Climate Change and the bushfires will go away” must be presented by those who know better as a laughable and immature ideology, rather than as a practical prescription for dealing with something that is taking people’s lives and incinerating the bush right now.

The message must also change. Fuel reduction should be promoted as being good for the bush (which it is), not something to be tolerated as an effective fire control measure (which it also is).

I would be optimistic that the pendulum might start to swing, and we might get to see a resurgence of effective fuel reduction all over the country …. if not for one other thing: the absence of sufficient numbers of  trained, competent people to do the burning.

Overcoming the shortfall in numbers of people who can plan and execute a safe and effective fuel reduction burning program in the nation’s parks and forests may prove to be one of the biggest barriers to getting bushfire management back on the rails in the short term. Nevertheless, it can be done, especially if a start is made now.

Roger Underwood is a former district an regional forester in Western Australia with over 60 years experience in bushfire science, planning and operations

Ignoring their own experts