Climate Doom Turns on the Waterworks 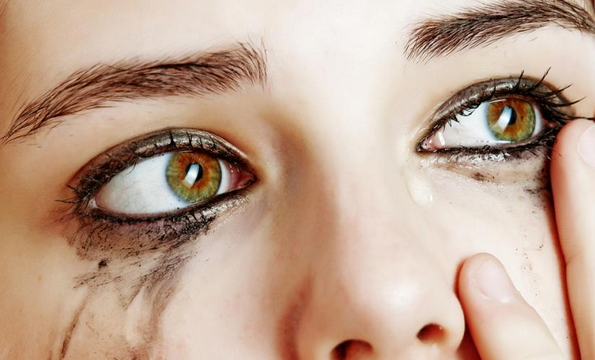 If your airline gives you a seat next to ANU climate guru Dr Joelle Gergis, I’d advise you to do a shift, even down to that awful row by the toilet. That’s because Dr Gergis is prone on flights to unexpected weepings over global warming.

She’s done a piece this week in leftist bible The Monthly. It’s titled, “The terrible truth of climate change”, in which she  wails,

The very foundation of human civilization is at stake. Increasingly after my speaking events, I catch myself unexpectedly weeping in my hotel room or on flights home. Every now and then, the reality of what the science is saying manages to thaw the emotionally frozen part of myself I need to maintain to do my job. In those moments, what surfaces is pure grief … But these days my grief is rapidly being superseded by rage. Volcanically explosive rage. Because in the very same IPCC report that outlines the details of the impending apocalypse, the climate science community clearly stated that limiting warming to 1.5°C is geophysically possible…

We still have time to try and avert the scale of the disaster, but we must respond as we would in an emergency. The question is, can we muster the best of our humanity in time?

To spell out that necessary response, flip to her Sunburnt Country polemic of 2018. In that book she urges the world to embrace “an emergency response, as it did during World War II. During that conflict, countries dedicated more than a third of their economies to the war effort and innovation flourished.” It’s unclear if she’s including the Berlin-based crowd but, anyway, check out flourishing innovations like Germany’s V2’s and the Hiroshima bomb. (For those interested, Ms Gergis can be heard ringing the climate alarm bell in for 42 hyperbolic minutes at the foot of this article.)

Gergis’s outburst is the latest in a long tradition of emoting by the climate gurus. Their hand-written accounts of their passions have even been collated to ramp up the fearful narrative. Here’s ARC Future Fellow, Associate Professor Katrin Meissner, in 2014:

It makes me feel sick. Looking at my children and realising that they won’t have the same quality of life we had. It scares me more than anything else. I see a group of people sitting in a boat, happily waving, taking pictures on the way, not knowing that this boat is floating right into a powerful and deadly waterfall.

Gergis, a vegan, cyclist, and one-time girl-band drummer, is among a dozen Australian climateers who are lead authors for the 2021 Sixth Report of the Intergovernmental Panel on Climate Change. They’re supposed to make coolly objective judgments about recent papers on global warming. There were around 5oo peer reviewed papers last year disputing the narrative of catastrophism. I hope Gergis & Co. will give them a fair IPCC hearing.

Gergis was a keynote speaker at an Australian climate conference  in Darwin in June. Her brief was to “summarise the post-election political and scientific reality we now face.” (Pesky creatures, those voters). “In short,” she told The Monthly, “I am in the confronting position of being one of the few Australians who sees the terrifying reality of the climate crisis. Preparing for this talk I experienced something gut-wrenching. It was the realisation that there is now nowhere to hide from the terrible truth.”

The “terrible truth”, actually, is that the global warming trend from January 2000 to April 2019 was equivalent to a mere  1.56 degC per century, or 1.32 degC per century after excluding the natural el Nino of 2015-16.[1] The rocketing CO2 emissions this century have had minimal effect. Odd, that.

There is a very rational reason why Australian schoolkids are now taking to the streets – the immensity of what is at stake is truly staggering. Staying silent about this planetary emergency no longer feels like an option for me either.

Gergis discusses the all-important number involving climate sensitivity to a doubling of CO2 from pre-industrial levels. Ever since about 1980 the “climate community” has been unable to narrow the likely range from a (harmless/beneficial) warming of 1.5degC to a (catastrophic) warming of 4.5degC.  Given the research population and funding allocated to this task for the past 40 years, the climateers inability to narrow the range constitutes an epochal failure.

Gergis now claims a new generation of climate models is putting  the range at 2.8degC to 5.8degC.  “Incredibly, at least eight of the latest models produced by leading research centres in the United States, the United Kingdom, Canada and France are showing climate sensitivity of 5°C or warmer,” she says. “When these results were first released at a climate modeling workshop in March this year, a flurry of panicked emails from my IPCC colleagues flooded my inbox. What if the models are right? Has the Earth already crossed some kind of tipping point? Are we experiencing abrupt climate change right now?

“The model runs aren’t all available yet, but when many of the most advanced models in the world are independently reproducing the same disturbing results, it’s hard not to worry.”

In reality, of course, outputs of unvalidated models are just computer games. As Gergis herself says, “What if the models are right?” The fifth IPCC report noted dolefully that 111 of 114 models run hotter than the real world.[2] The UAH satellite-based global temperature measurements (lower troposphere) also show how the models’ warming forecasts have overshot reality — and how the gap between forecasts and reality is widening with every year.[3]

Gergis would also benefit from perusing the Judith Curry and Nick Lewis climate-sensitivity paper a year ago and published in the mainstream Journal  of Climate. This paper used empirical work, rather than modeling, and found a median climate sensitivity of 1.5-1.7 degC. That is half the average IPCC figure and only just above the IPCC’s lowest bound. But from reading the models’ entrails, Gergis wants the Paris (voluntary) pledges for global emission cuts to be trebled or increased five-fold, claiming

Even with the 1°C of warming we’ve already experienced, 50 per cent of the Great Barrier Reef is dead. We are witnessing catastrophic ecosystem collapse of the largest living organism on the planet. As I share this horrifying information with audiences around the country, I often pause to allow people to try and really take that information in.

I went to her Sunburnt Country book to see where she gets this “half the Reef is dead” stuff. The book says (without any footnote),

As of September 2017, surveys of the damage suggested [my emphasis] that 30 per cent of the shallow water corals died following bleaching in 2016, followed by a further 19 per cent die-off in 2017. That is, half of the coral of the Great Barrier Reef is now dead.

If you look up the 2018-19 annual report of the Australian Institute of Marine Science. It says starfish, cyclones and bleaching over the past five years  “have caused declines in hard coral cover to moderate (10-30%) levels across much of the Great Barrier Reef.” It emphasises “the dynamic nature of GBR coral reefs, and the considerable variation among regions in the rates of decline and recovery of hard coral cover in response to disturbances.” I don’t see Gergis’s “half-dead” meme there.

On the principle of never letting a good crisis go to waste, Gergis at the Darwin conference spelt out the costs of Cyclone Tracy of Christmas 1974.[4]  “As I collated this information, it became clear to me that Cyclone Tracy is a warning. Without major action, we will see tropical cyclones drifting into areas on the southern edge of current cyclone zones, into places such as south-east Queensland and northern New South Wales, where infrastructure is not ready to cope with cyclonic conditions. These areas currently house more than 3.6 million people; we simply aren’t prepared for what is upon us.”

This surprised me, as the last year’s special IPCC report included

# “… there is only low confidence regarding changes in global tropical cyclone numbers under global warming over the last four decades.”

# “There is consequently low confidence in the larger number of studies reporting increasing trends in the global number of very intense cyclones.”

Gergis inserts into her climate call to arms a sad personal story about  a CT scan of her father’s serious brain haemorrhage: “ The brutality of the evidence was clear – the full weight of it sent my stomach into freefall. The results coming out of the climate science community at the moment are, even for experts, similarly alarming.”

I sympathise with her family but to compare the confidence involved in a CT scan with  predictions about global warming is nonsense.

Gergis’s use of the brain scan an analogy is also in poor taste. Climate propagandist Al Gore, to illustrate, introduced personal tragedies into his rhetoric for political ends –  a near-fatal 1989 traffic accident involving his young son, and also the 1984 death of his sister, a heavy smoker, from  lung cancer. Gore failed to mention his own family’s tobacco crops and that he kept taking campaign money from tobacco interests for six years after his sister died.

I’ll just skim over  Gergis’s setback of 2012 when sceptic bloggers found an error in her vaunted “southern hockey stick” paper that forced its withdrawal. Gergis, to knock her paper back into shape, had to put it through nine rounds of revision, 21 individual reviews, and two editors. As Canadian statistician Stephen McIntyre wrote, the exercise took longer than the American involvement in World War II. According to McIntyre, the 2016 revision involved little that was new plus some statistical approaches he considers highly objectionable.

Still, Gergis is the rising star of antipodean climate catastrophism.  All the best with that, Joelle.

[2]  “… an analysis of the full suite of CMIP5 historical simulations [computer models]   reveals that 111 out of 114 realisations show a [temperature] trend over 1998–2012 that is higher than the entire HadCRUT4 trend [actual temperatures] ensemble. This difference between simulated and observed trends could be caused by some combination of (a) internal climate variability, (b) missing or incorrect radiative forcing, and (c) model response error.”   [chapter 9, text box 9.2, page 769]

11 thoughts on “Climate Doom Turns on the Waterworks”

The fire sale at Fish River