Tapping the Power of Telling the Truth 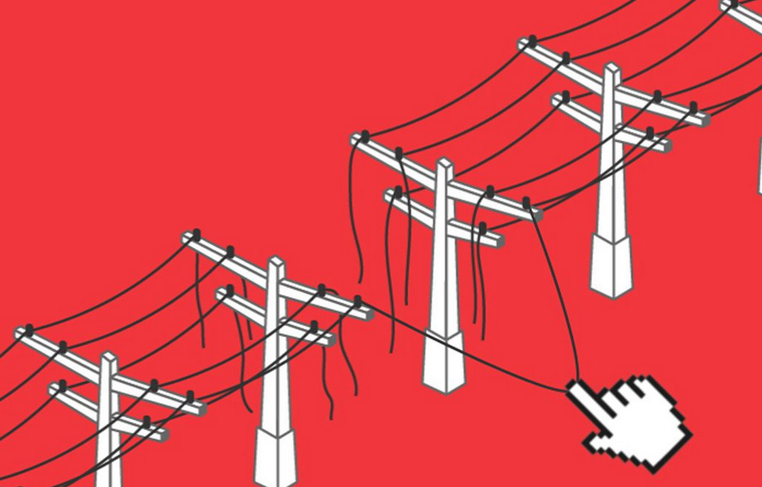 Real Russian collusion afoot. Is it that rascally Trump again? Him of mean tweets which he irreverently directed at left-wing sleaze pits? Not that time and certainly not this time. Consider the following menu of pro-Russian dirty deeds since January 2021.

As a side dish, cease building that southern wall, open the Mexico border and, ignobly and ignominiously, scramble out of Afghanistan, leaving dead and living Americans behind.

Job done? Not quite yet. There’s the lousy Iranian deal to get redone. Still, Trump’s polices have been mostly reversed. America diminished and hamstrung; Putin enriched and emboldened. Ukraine invaded.

But no mean tweets, thank goodness.

The legion of anti-Trump journos, including those precious wretches writing for our supposedly centre-right broadsheet, and those supposed conservative never-Trumpers, must all be dying of shame and insufferable remorse right now. Mustn’t they?

Don’t want to make light of people being killed in Ukraine. So, bear that in mind when I say, tongue in cheek, that in a near future Russian, not to mention Chinese, armoured vehicles and tanks will be easily disabled. Smart-meter technology will allow countries to selectively cut off power and prevent tanks and such from recharging their batteries. Game over.

Incidentally, if you think that the Russians and Chinese won’t fall into line on electrification, you haven’t been listening to John Kerry. He expressed hope that this Ukrainian diversion wouldn’t take Putin’s attention away from combatting climate change. I can’t believe that Putin will ignore this cri de coeur.

Seriously, folks, I would have thought this heartfelt plea by Kerry was a made-up story by, say, Rebel News or some other right-wing outlet. But, no, I’ve seen the tape. These people have completely lost the plot. They are certifiably insane. That’s fine if they were locked away. But they are in charge. And, most threateningly, they have no lookalikes in the Kremlin; or in the upper echelons of the CCP; or, for that matter, among the council of guardians in Iran.

I’ve said it before. I’ll say it again. Those opposing the wholesale replacement of our reliable fossil-fuel power with unreliable renewables have it right. It will be enormously costly (in money, in land, and in dislocation and employment) and ultimately will fail to provide the sine qua non of a modern economy. To wit, to deliver sufficient 24×7 power, as and when required. At the same time, this seriously understates the problem. That problem sits under the heading of national security.

A country can’t defend its borders without power. Consider WWII. Incessant bombing and blockades yet industry kept running, the lights came on, on both sides, and the tanks kept rumbling. Coal and oil were the keys. They are primary sources of energy. They are energy dense, portable and widely available and accessible.

Imagine now a country whose energy is all supplied by highly-visible (sitting duck) renewables strung out over vast acreages of land and seas; transmission lines everywhere. Everything dependent – heating, cooling, manufacturing, farming, mining, services, transport – on harnessing wind and sun. No primary energy source, no energy density, no portability. This is a recipe for giving up without a fight if threatened. We simply don’t live in the world that Western elites imagine. Peace and mutual respect for each other’s territory and self-determination is a chimera.

European Commission President Ursula von der Leyen expressed disbelief that Russia could invade Ukraine in this day and age. This day-and-age is no different from other days and ages, except we have smart phones. Ruthless expansionist leaders, bad guys if you will, have and always will be around. Best not to present yourself as easy prey in any age.

It’s time, and a chance, for Morrison to take some high ground and maybe win the election. Forget Boris or Biden or Macron et al, they are too compromised and too weak. Make it clear that coal, oil and gas will remain the dominant form of energy in Australia. Explain that it’s a matter of national security; of our very survival as nation. Make the awful events in Ukraine count for some good.

National security trumps everything else. Toiling in salt mines in China will feel no better for the world’s temperature being half a degree cooler. Not that it will be cooler. I’ll take a guess. Vladimir Putin, Xi Jinping and Ali Khamenei don’t give a flying something-or-other about climate change, real or imagined.

28 thoughts on “Tapping the Power of Telling the Truth”

Solo Suzuki could use a sidecar