Good For You, Craig Kelly 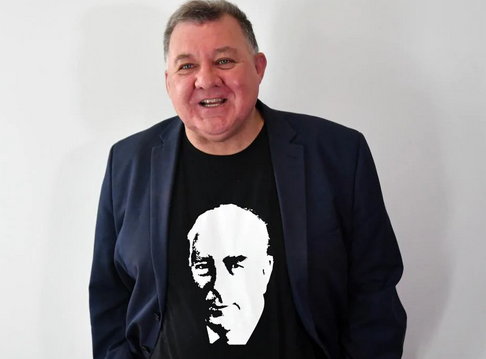 The Coalition needs Craig Kelly but they certainly don’t deserve him.  The pile-on against Scott Morrison, for his vacation, his ‘lack of leadership on climate change’ and his alleged responsibility for the bushfires, has been of Trump Derangement Syndrome proportions.

Kelly comes out in a combative interview with ITV talking head Piers Morgan and (a) defends the PM regarding his vacation, (b) points out that the bushfires have nothing to do with climate change and (c) that in terms of emissions reductions we are doing more than most countries.

And what thanks does he get?  Minister for water resources, drought and a lucky dip of other portfolios, David Littleproud, says:

That’s just a sideshow. He doesn’t represent the views of the government and you know what I couldn’t give a rat’s what he said, it’s irrelevant, let’s just focus on those people that are out there that need our help.

This is the same Littleproud who, only months ago, opined that he ‘didn’t know if climate change was manmade’, only to scuttle behind a ‘clarification’ when challenged by that bastion of objectivity The Guardian:

… he “totally” accepts that worsening droughts are linked to climate change, as he signalled more taxpayer support for regional communities was coming as Australia’s big dry “escalates”.

Now there’s a man of conviction for you.

Sometime ago I postulated in this forum that logic dictated there must be someone in the Liberal ranks who was sceptical about CAGW and I lamented that they did not speak out.  Craig Kelly took me to task on this and I was pleased to acknowledge  in a subsequent article, that Kelly had given voice to the sceptic position and has been doing so ever since.  His mastery of this brief is second to none among the political class.  He can cite chapter and verse of the relevant research to support his case whereas the best the wets in the Liberal Party can come up with in response to Kelly’s specific points is along the lines of Treasurer Frydenberg’s anodyne contribution to this latest furore:

Our view of climate change is that it’s real. We accept the science.

While Mr Frydenberg said fuel loads had been a factor in the bushfires, he said climate change was causing hotter, drier summers.

Which is exactly what the Greens want him to say so that they can go on beating the government over the head for achnowledging the ‘problem’ while not doing enough, by their yardstick, to remedy it. Let me summarize Craig’s argument.

Firstly, even committed warmist Dr Andy Pitman has conceded there is no direct link between drought and ‘climate change’. Like Littleproud, he then demonstrated quite the talent for back-scuttling.   ‘Climate change’ is in quotation marks because Pitman was talking about one particular form of climate change – the kind caused by atmospheric warming as a result of human emissions.  He has to say that, because a warming climate of this nature will produce a wetter world.  That is why most of the world’s rainforests are in the warmer tropical zone.

The current bushfire emergency has come about because of three factors:

# the accumulation of fuel, and

In as much as high temperatures have contributed to the problem, if they really are records  (a doubtful proposition, given the revelations of Jennifer Marohasy et al regarding the BoM’s adjustments acolytes), they are only marginally higher than in previous decades and would  have had no greater impact now than in the past.

But on the subject of CAGW itself, no-one has done a useful cost/benefit analysis of CO2 mitigation.  That is because no-one knows just how much warming will occur in the future, how much of it will be due to man-made CO2 emissions (as opposed to natural climate variability) and how much of it will be beneficial.  So the ‘precautionary principle’ argument is often made, illustrated by rhetorical devices such as comparing the price of CO2 mitigation with that of insuring one’s house – something most people do without thinking twice.  That decision is almost instinctive but how much one is prepared to pay requires more thought. But analogies are often imperfect – sometimes laughably so, as recently demonstrated by Peter Van Onselen.  We don’t insure our homes to prevent bushfires but to recompense us in the event that one damages or destroys our house.

A better analogy, but again imperfect, is a military operation.  If your country is threatened with invasion there are two options – strike first in a do-or-die pre-emptive action, or prepare your defences, build up your strength and allow the enemy to exhaust his resources before launching a counter strike.  You would only adopt the first strategy if the danger was ‘clear and present’.  That is not the case with CAGW, despite the hysteric frothing of Piers Morgan and his sidekicks in the clip above.  In the CAGW sense I’m talking about adaptation – more dams, more robust infrastructure etc — because what we do know with certainty is that, regardless of CAGW, we will continue to see floods, droughts, bushfires and cyclones.

Even if they’re not prepared to diss the CAGW myth entirely, any half-smart conservative government would leap on Craig Kelly’s contributions to enable them to craft a case for making haste slowly and directing resources to the cause of adaptation rather than mitigation. On climate change the Coalition is half-pregnant and that is their problem.

Good on you, Craig Kelly.

FOOTNOTE:  Piers Morgan came off less well during a 2014 encounter with another prominent Australian. Readers are invited to extend their sympathies to the ITV bully … or not.