A Billion Reasons to Despair 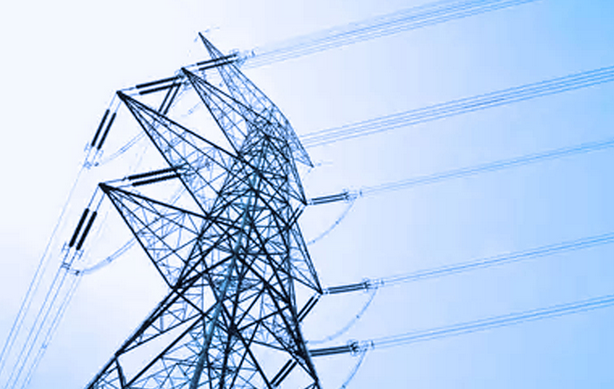 The support that certain people offer for a policy is Quite often  a clear indication that it is hopelessly wrong.  So it is when Malcolm Turnbull registered support for the government’s intention to fling an extra billion dollars at the Clean Energy Finance Corporation to “future proof the electricity grid”.

Turnbull’s favoured green energy policies involve subsidies to renewables, both directly and by hidden taxes on consumers and in the form of the Renewable Energy Target.  The policies were initiated by Howard, in a pale form, and accelerated by Rudd/Gillard. Abbott tried with only modest success to roll them back.  Then Turnbull as prime minister, with then-energy minister Josh Frydenberg, attempted to intensify the policies by introducing a carbon tax, deceptively called the National Energy Guarantee. Turnbull’s attachment to this duplicity cost him his prime ministership, just as it cost him his party’s leadership back in 2009.

Australia’s green energy subsidies have transformed the nation from having the cheapest electricity among major global entities to one of the dearest.  For households, the average Australian price at 25 (US) cents per kwh, is three times that in India and China, which do not have our cheap coal, and almost twice that of the US (the average of which is boosted by green fruitloop West Coast policies).  We do, however, remain better placed than Germany, where the “Energiewende transition” has brought prices to 36 cents per kwh.

Australia’s deindustrialisation is certain under the policies being adopted by both the Coalition and the ALP; the next major manufacturing plant departures will be at least two of the three east coast aluminium smelters.  With electricity comprising 30 per cent of aluminium’s costs (relatively low Australian electricity costs were the magnet for the facilities’ establishment here) only a radical change of policy can restore their competitiveness. Such a change is not on the cards.

For its part, the Commonwealth is rather lamely trying to prevent the expansion of green energy subsidies and is taking action to soften their immediate outcome.  Hence today’s statement by Mr Morrison.  Under current policies, 36 per cent of energy will come from renewables, with only the 10 per cent from hydro being commercial.  The Coalition claims it will meet its Paris Agreement 26-28 per cent carbon-reduction commitment “at a canter”, partly because it is claiming for the over-achievement of the previous Kyoto targets.  Even so, the 2030 implicit carbon tax estimated by Brian Fisher is $73 per tonne.

The ALP is wedded to a higher level of renewables, which it deludes itself is consistent with lower electricity prices and a resurgence of domestic manufacturing.  The policies it took to the May election involved a de facto carbon tax of almost $700 per tonne.  State government policies go even further.

All politicians are driven by focus group polling, the results of which reveal strong support for renewable energy, seemingly irrespective of the costs.  Hence Energy Minister Angus Taylor’s continued support for ongoing subsidies to rooftop renewables when even the ACCC counsels for that measure’s closure.  The Prime Minister is not prepared to exercise leadership over the issue, as Donald Trump has done, including in his imminent formal renunciation of the Paris Agreement.

Nor can the government obtain useful advice from the bureaucracy. This is evidenced by last year’s ACCC report, which failed to recognise that wholesale electricity price increases have been driven by subsidised renewable energy causing the closure of coal generators. Such poor knowledge and analytical skills concerning energy have long been evident in Treasury, now headed by Stephen Kennedy, the author of the 2008 catastrophian Garnaut Report.  Kennedy is supported by Deputy Secretary Megan Quinn, who unflappably estimated the tax necessary to decarbonise the economy at $120-200 per tonne by 2050.  This represents a three- to fivefold increase in electricity prices, which alongside other outcomes, Treasury said it would shave what it regards as a negligible few thousand dollars from the nation’s 2050 $85,000 per capita annual income.  Quinn projected a 60 per cent real per capita income growth compared to 2010.  Not unexpectedly, this Treasury 2011 “Low Pollution Future” report is no longer accessible on the department’s site.

At least three of the four main electricity regulators (the industry’s regulation have undergone boom times!) are equally committed to accepting the coming displacement of coal/gas generation by renewable energy.  In some cases, this is because they expect future nirvanas in hydrogen from coal and methane, as well as the mirage of a fall in renewable costs, battery advances and so on.

Hence the Morrison initiative to subsidise more transmission. This is designed to patch up the wrecked energy-supply industry that government policies have created. It involves building more robust links from the fast-start hydro facilities and better links from Queensland, where supplies are more secure because investment in coal generation has taken longer for renewables to suppress.

Subsidising more transmission might avert near term calamities of power outages but will do nothing to restore the once-prevailing low prices.  Indeed, it will exacerbate longer term problems.  Government financing of the delivery of electricity to the southern states, will deter new commercial investment.

Alan Moran of Regulation Economics is the author of “Climate Change: Treaties and Policies in the Trump Era”

Why Our Schools Produce Brainwashed Dolts