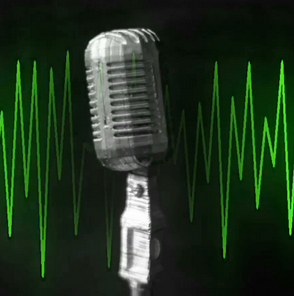 The Carnarvon Petroleum AGM this year was marred by a greenie woman repeatedly asking questions about climate, as it was last year. In response the company’s chairman waffled on about this and that, as he is paid to do. The gathering was getting exasperated by this greenie hijacking the occasion for leftie indoctrination.

The MD in his presentation mentioned that the company had planted trees to offset its carbon emissions. That got my goat, so when the opportunity came I asked him this question:

I am extremely dissapointed that the board has chose to squander shareholders’ funds by planting trees in order to fight a make-believe problem. Can you tell us how many trees are involved, the cost, the tree species and can shareholders visit their trees?

The room erupted in laughter and the greenie woman remained silent after that.

Last week Westpac held its AGM in Perth, perhaps in order to have less interaction with disgruntled shareholders and customers. There were plenty of greenies in attendance and they rotated up to the microphone to make statements on the Paris climate agreement and lending to coal mines, which they don’t like. They became very tedious indeed. The chairman of Westpac waffled back in response, and like St Augustine, said they would do some lending to coal mines, especially the metallugical ones, but would definitely stop such nefarious activity by 2030 or some such other moveable date.

The greenies got my goat so I got up to ask this question:

Mr Chairman, given that the dire predictions of the climate hysterics have not come to pass and do not look like they are going to happen, is the board considering the possibility that the bank’s adherence to the Paris agreement could be wrong in fact and that the bank is damaging the Australian economy for no good reason, and beyond that denying shareholders exposure to a profitable line of business?

I was only part way through before the room erupted in applause. In his reply the chairman changed his tune and talked about how fossil fuels had lifted so many people out of poverty and done so many other good things. The greenies asked no more fake questions and the meeting proceeded with its business.

Today (December 19) ANZ is holding its AGM, also in Perth while NAB’s is on the same day in Melbourne, and it was safe to assume that greenies will have been out in force at both meetings, as will the case with any other companies greenies have placed high on their hate lists. To be forewarned is to be fore-armed.  If you want to have a shorter meeting, then each time a greenie gets up to make a statement about the bank’s sins against climate respond by asking a question that will work towards getting them to see the error of their ways – both the banks and the greenies. Following are five questions to that end:

Like the poor, greenies and other parasitic, non-productive elements of society will be with us to the end of time; likewise attempts to hijack AGMs of listed companies for ideological ends. If you want shorter AGM and don’t want your time wasted, be prepared. You’re apt to be pleasantly surprised, by the way, at the positive reaction of other audience members grown sick and tired of microphone-grabbing green ninnies.

David Archibald is the author of American Gripen: The Solution to the F-35 Nightmare

5 thoughts on “How to Ruin a Green Ninny’s Day”