The Natives Are Getting RETless

As you might expect at the launching by Andrew Bolt of a book detailing the asinine inspiration and disastrous consequences of “green” energy policies, all present kept their clothes on at yesterday’s gathering in the inner-Melbourne suburb of Carlton. The surprise — although it isn’t really that surprising after all these years of the media’s dutifully parrotted warmist propaganda — is that so many of those who will scoff at Quadrant contributor Alan Moran’s Climate Change – Treaties and Policies in the Trump Era aren’t themselves laughingstocks for the stark-naked exposure of their lies and cause.

Bolt, of course, was citing Hans Christian Andersen’s tale of the emperor’s new clothes, casting himself as but one among the legion of rational and observant little boys who have yelled long and loud that the shortcomings of warmism’s priests and pardoners are on full display for all to see. What he can’t figure, he told his lunchtime audience, is why the greater public remains unmoved by the costly peddling of alarmist fantasies, lies, deceits and evasions, not to mention the imposition of unworkable solutions on a non-problem.

However there is hope, he said, as even the warmists’ altar boys in the media must be getting “a little nervy” that none of the prophesied climate catastrophes their breathless reporting so confidently endorsed have yet come to pass, nor do they appear ever likely to do so.

“Authorities said things would happen, like the onset of dengue fever and Tim Flannery’s dried-up dams,” Bolt noted. “Well the dams haven’t dried, [Melbourne’s are] more than two-thirds full. On the strength of that expert advice – Flannery is actually a mammologist – most capitals have spent billions to create idled desal plants.

“This suits the Greens, who don’t want new dams either. The Mitchell River catchment was created for a new dam and then was deliberately converted into a national park to thwart any dam,” he continued, referencing as his source Victoria’s former deputy-premier John Thwaites, a Labor man, who also served at Gaia’s altar as the minister for weather, aka climate change.

Bolt also instanced the IPCC/UN prediction of 50 million climate refugees by 2010. “We’re still waiting to see them. One bloke has claimed climate refugee status and the NZ courts threw him out.”

The tall tale that polar bears would soon be extinct was all the rage a decade ago, he noted, with Al Gore’s omnibus collection of lies and distortions, An Inconvenient Truth, using animations of drowning bears to make its spurious point (and the failed presidential candidate a pile of money). That myth, only this week put to rest once and for all by the news that ursus maritinus is doing just fine, thank you, was inspired by nothing more than the observation from a low-flying plane of four drowned and floating bears that perished after a storm. Naturally the ABC, keen as always to push climate shock and horror, went big on the story at the time. Coca-Cola was moved to “raise awareness”, as they say, by putting polar bear images on cans and bottles, the scare culminating in George W. Bush putting the creatures on the endangered species list. The reality is that polar bear populations overall are thriving, but the non-story remains largely impervious to fact and reason. Indeed, even in December, as researchers were finalising the latest and most comprehensive paper to date on the robust health of polar bear populations, the ABC continued to feature its fake news about polar bears’ looming extinction.

Bolt noted that Moran’s book covers al the other massive fictions and scares, including acid rain, the health of the Antarctic ecosystem and whale numbers. The explanation for those myths longevity is quite simple: absent the panic, those armies of second-rate “scientists” and crusading academics, the rent-seekers, podium hogs and publicity hounds might have to find real work and other sourcs of income. There would be no more turning left when entering jetliners bound for all-expenses-paid international conferences and gabfests where hollow pieties, rather than facts, are the currency of participants. An astonishing 40,000 devotees of room service and free travel tripped to the Paris climate  jamboree in 2015, which makes one think admiringly of the Medici popes, who had the good sense not to parade their mistresses while preaching chastity. But climate “experts”, such as the high-school dropout Leonardo DiCaprio, see no such need as they instruct the world to cut emissions, then climb aboard private jets propelled no less by fossil fuels than their galloping hypocrisy. 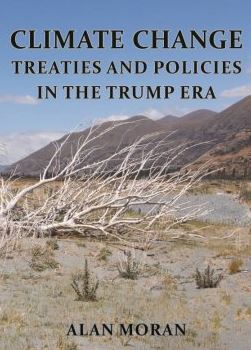 The reality is that the expensive green energy touted by such people will cause the poor and pensioners to endure unaffordable heating and cooling bills, potentially a lethal issue. As if to confirm Bolt’s point, that very same day Fairfax Media was exploring on its Domain website another aspect of the damage green theology is wreaking. Residents of high-rise apartments, Fairfax informed visitors to the site, will be hardest hit in a future plagued by inevitable South Australia-style power shortages. As if to confirm Bolt’s point about self-evident truths ignored, that same report went on to quote yet another, er, expert, Matt Mushalik of the Australian Association for the Study of Peak Oil and Gas, to the effect that people would be climbing endless flights of stairs because “few of the existing towers ever invest in renewable energy to make up for shortfalls”. The naked emperor wiggles his craggy bottom and, once again, his green courtiers acclaim cellulite as the richest and most exquisite royal velvet.

Not that apartment dwellers will be alone in their inconvenience, as the burden and imposition go well beyond the exertion of mounting 30 flights of stairs. BHP-Billiton, for example, has said South Australia’s excess energy costs have amounted to $US105 million at Olympic Dam alone, prompting a freeze on plans to expand operations at the site and the jobs that would have gone with it.

“Real money! Real jobs! Incredible!” marvelled Bolt. “Anti-warming measures have cost Australia far more than warming has ever done. Not just lost jobs and lost investment but the huge distraction of the government and bureaucracy from real issues like Aboriginal disadvantage. It’s been a shocking corruption of the public process.”

Yet even as the Liberal Party finally recognises that policies have to shift, it continues to make power systems more expensive while driving businesses to the wall. As today’s Australian Financial Review reports (paywalled):

Hardware manufacturer Alchin Long Group in Sydney’s west has had to agree to a near-doubling of its electricity price and may rethink plans to shift work back to Australia from China as a result, said Graham Lee, national operations manager. The price of the new two-year contract from Origin Energy has surged from $55.30 per megawatt-hour to $109.70. (emphasis added)

The Liberals’ addled ‘solution’ is to spend yet more taxpayer funds on subsidies in a bid to alleviate the ills sown by previous subsidies to green rent-seekers, which have made the production of baseload, coal-fired electricity uneconomic and unsustainable. If Victoria’s Portland aluminium smelter goes under as a consequence of soaring electricity prices, with the loss of 700 direct jobs and many indirect ones as well, official policy will have turned the now prosperous and pleasant Western District community into a second Moe, the Victorian town infamous for welfare dependency and social malaise. Thousands will be trapped there because house devaluations will prevent them re-buying elsewhere. Government reaction? More subsidies.

In the case of the Hazelwood power station’s imminent shuttering, the official ‘solution’ is to subsidise a skyhook technology, carbon capture and storage (CCS), which has worked nowhere else in the world. Unless Prime Minister Malcolm Turnbull, who has endorsed the expenditure of yet more millions to develop CCS, and his ministers are entirely brain-dead, they will know in their private conversations that CCS is folly on gold-plated stilts. Yet none dare raise a public voice against such madness, for such is their fear of being branded abusers of Gaia. The supreme irony, the great testament to such cowardice and craven fecklessness, is that those inner-suburban green/left critics will never vote for the Coalition no matter what they do.

Mathias Cormann, for one, knows it is all rubbish and has argued against the renewable energy targets (RET), Bolt said. Yet people like the finance minister now argue that scrapping those mandated goals would raise the spectre of sovereign risk and, as a consequence, prompt a strike of overseas investment. The notion that a healthy, growing economy powered by cheap energy might more than compensate seems never to have occurred to them.

“The final insanity is that, even if CO2 warming were real and dangerous, all the vast spending on emission cuts, and plans to spend more, will achieve no detectable reduction of future warming,” Bolt said.

“If every emitting country adhered to its Paris non-binding commitments,[i] on the IPCC’s own formula, global temperature over the rest of the century would lower by a trivial 0.168degC. Is it worth it? If politicians think it is, I would like them to say so.

“They all know the emperor is naked,” Bolt concluded, “but not one of them has the guts to tell you so.”

[i] The Paris agreement allows China to raise emissions by 50%, and India to double emissions. The fourth-biggest emitter, Russia, is also permitted large increases.

For Those Who Would Be King