The Great Green Pyramid of Gaia

It happened years ago, but I remember it well. Our cantankerous camels were crossing a vast expanse marked on maps as Ruba’ el-Khali, the Empty Abode. Entering the Wadi of Queen Twitterati just after dawn, we stumbled on the remains of an awesome structure, its entrance almost hidden by desert sand. At last, the legendary Great Pyramid of Gaia!

At the time, I was completing my doctoral thesis – A chronological exegesis of antechamber graffiti in pyramidal structures of Dynasties XVIII to XX, Late Gaia Kingdom – under famous archaeologist and sinologist, Professor Clive ‘Mongrel’ Love-Green, Head of Iniquities (Ancient and Modern) at the University of Lagardo.

Even in the early morning light it was a desolate place, especially for utopian fantasists. Supplies were running low, but fortunately we still had sufficient peanut-butter Tim-Tams, Turkish delight, harum-scarum, hocus-pocus, carbon-credits, peccadilloes and chutzpah for several more weeks of field work – if we kept the mirage-monkeys and hangers-on off our backs.

Reconnaissance of the structure’s perimeter confirmed our best hope. It had – by a quirk of geography or whim of some divinity — eluded every shifty opportunist, dice-rolling plunderer, green-mailer, audacious pilferer, dodgy climate activist, greedy grave-robber and clean-energy fabulist down the centuries. Eager for the baksheesh now owed them, our guides cried: “Allah be glorified!”

Dismounting with eyes filled with tears of gratitude, desert-dust and smoke from Cohiba Exquisito cigars, we soon completed our first task – erecting a banner for the expedition sponsor, Very Cool Clean Energy Inc, promoting some of its ‘high-level principles’, such as:

1. We will not support fossil fuel-based energy generation including: traditional coal-fired electricity generation, large-scale gas-fired generation, or carbon capture and storage. 2. We will not support nuclear power technology, as we consider it to be non-renewable. 3. We will not speculate on how much this upheaval will cost you, as we do not want to scare the camels, your family or future generations. 4. We will not make any forward-looking statement about what impact it may – or may not – have in reducing global temperature and atmospheric CO2 trends. 5. We believe the cheapest forms of energy currently available are dangerous to your health and our hip-pocket.

As we breakfasted on humble pie, dates and hashish, nothing could be heard but the munching of jaws and blowing of wind. Now and then, a poetry-junky recited a verse or two from Aussie-man-dies: “Round the decay/ Of that colossal [policy] wreck, boundless and [thankfully] bare [of turbines]/ The lone and level sands stretch far away.”

RET: 1. Acronym for renewable energy target. Government legislated requirement on electricity retailers to source specific proportions of total electricity sales from approved renewable energy sources according to fixed time-frame. 2. In Australia, RET currently mandates an annual 41,000 gigawatt hours of electricity (30 per cent) must be generated from renewable sources by 2020, but a reduction to at least 27,000GwH (20 per cent) because of lower power demand forecasts is possible. See Warburton RET review report 3. Not to be confused with SET, an ancient Egyptian god of desert storms and ‘strange and frightening events’. Friend of the dead, his divine testicles symbolise turbulence, especially in lower atmosphere and nether regions.

Some were in a less celebratory mood, troubled by warnings at the Oasis of El-Sanity to: “Beware the Curse of RET”. Any lingering mirth dissipated as we explored the vast temple complex.  Above one entrance was an image of winged wind-goddess, Maat, daughter of Ra. A hieroglyphic inscription warned: ‘Plunderer, enter this sacred space at your peril”. Turning back was out of the question. Crossing ourselves and activating our BS detectors, three of us moved gingerly into the interior.

An hour or so later we entered an inner necropolis. Buried in darkness and secrecy for centuries, it contained several royal sarcophagi (neb-ankh) and many shabti, with connecting chambers to other treasures.

On one tomb, identified as that of Queen TUT-TUT, there was a large limestone relief (length 2.05 m, JE 4872, TT2014a) depicting what was almost certainly an ancient religious ritual celebrating erection of a device eerily similar to a modern wind turbine.

Figures on it form two confronting groups: eight males (right) and ten females (left). Two soldiers lead three high-priests and three dignitaries, their restrained movement contrasting with the exuberant dance of the other group. Three naked figures with braided hair play castanet-like instruments and small hand-drums, while the others twirl little propellers as they dance and sing: “All hail RET. Beware SET.”

We removed the lid in a state of trepidation. But our fears proved groundless. Inside there was only a mummy in a poor state of preservation, some phials of asp venom (TT-2014b) well past its use-by-date, two mummified cobras, probably family pets (TT-2014c, 2014d) and a vulture collar in gold (JE 39630, TT 2014e) engraved with the inscription – ‘Just say NO.’ The collar, depicting BOB-BOB, patron god of RET, must have been worn as a necklace for divine protection against SET.

The tomb’s striking emerald-green interior might have been painted yesterday. Depicting butterfly-tweets fluttering among lush ferns and flowers in an old-growth forest of greasy-palms, deludo-dendrons and Nile-bile, we documented them (below) for posterity. 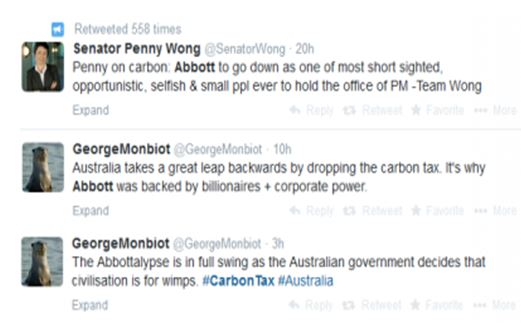 King PUP-PUP’s tomb was nearby, but in a more spacious chamber. Hieroglyphic panels on its walls traced – but did not explain – his remarkable ascendancy from obscurity to the pinnacle of pharonic hierarchy, receiving a National Living Treasure (NLT) accolade in just the first year of his reign.

On the lid was an exhortation of triumphalism unsurpassed in the annals of hubris: “My name is PUP-Amen-PUP, King of kings:/Look on my works, ye Mighty, and despair!” This, together with his mummified frown and wrinkled lip – with its sneer of cold command – revealed much about its owner.

The tomb interior, too, suggested a narcissistic personality with a manic repetition-compulsion (RC) component, arising either from a troubled adolescence, or perhaps driven by genetic abnormality (Hawass, 2010). For every centimetre was decorated with a dual pattern of hieroglyphs: ‘Ho, ho, ho, I say NO’ and ‘I love RET’.

CT scanning later was able to show he did not die from a head blow. Our analysis revealed that his skull damage arose during mummification. As to whether his demise was due, as some experts suggest, to a local variant of slow slicing (lingchi) – remains an open question.

Four of King PUP-PUP’s vital organs were embalmed and wrapped in strips of cloth. The viscera-bundles were placed in gold-and-enamel minature coffins in an alabaster canopic chest, each closed with a jackal-headed stopper. They also were decorated inside with texts and outside with carnelian and coloured glass and his formal titles.

The fifth organ was missing, probably extracted and lost during a Weighing of the Heart ritual. The Egyptians thought that a person’s heart embodied all their good and bad deeds.  It was placed on scales and weighed by dog-jackal, Anubis – ‘he who sniffs out the mysteries’, the guardian of sacred writings and secret bank balances – against the feather of truth. If lighter than the feather, a person would survive and continue into the next world. If heavier, he will be eaten by the Devourer, a monster comprised of part-lion, part-hippopotamus, part-crocodile, part-Chinese and part-LNP. PUP-PUP’s fate is unknown to this day.

An eastern chamber in PUP-PUP’s tomb we called The Treasury, as it contained the most precious objects. There was no door. It was guarded by a splendid Anubis in black wood – with details in gold, alabaster, obsidian and silver – lying on a gilt wooden coffer containing ritual objects, including polished fragments of iron ore (magnetite).

There, in a large vault surrounded by a cornice of raised cobras, we made our second most astonishing discovery – a well-preserved skull of Palmersaurus rex. Our Disbelief was tempered by knowledge that Egypt’s Ministry of Antiquities recently announced a similar discovery nearby.

While it is unclear why the bones were buried there, Avril Sap, head of the French archaeologist team, believes they were discovered about 3,000 years ago during a pyramid construction project.”

It was, however, in The Great Pyramid of Gaia’s sacred centre – its sanctum sanctorum – that we made the most astonishing find: compelling evidence that this culture shared a similar belief-system to many today – that humankind’s very survival depends on harnessing an ancient artefact – the blades of a wind machine.

Suddenly it all made sense. The ancient Egyptians also deified an object they believed was – together with Ra and the Nile – a saviour of their civilisation and key to opening the elusive portal to an afterlife. But it was not to be.

Our working hypothesis is that primitive pharonic wind-machines were built from wood sourced from abundant forests that once fringed large areas of the Nile. Their large-scale removal altered the micro-climate and drove the desertification that ultimately destroyed an expanding population.

We know such a sequence of events is feasible from recent research by German company, TimberTower GmbH. According to TTG, a 100m high wooden tower can save 300 tons of sheet steel. Emissions generated in manufacture apparently “are offset by the wood itself, which acts as a carbon sink.”

Ultimately, however, it was insufficient wind that proved disastrous for the kingdom. Many functionaries underestimated the strength and velocity needed for effective functioning of wooden turbines. Rather than abandoning the project, some bright bureaucrat – with access to free slave-labour (the equivalent of today’s generous subsidies) – suggested placing them on large pyramids to catch more of it; hence the many vertical shafts found inside the structures. The rest, alas, is history.

Our epitaph for this wind-blown civilisation: “It seemed like a good idea at the time” – like mummification, metamorphosis and the RET.

In another antechamber ten metres away, the remains of two high-ranking heresiarchs were found, JO-JO and TOM-TOM. High Priest BLAH-BLAH apparently authorised their sacrifice to placate SET sometime early in the XX Dynasty, Late Gaia Period.

The hieroglyphic record here is incomplete, but it seems they were charged with proselytising from heretical texts, including The Very Cool Clean Energy Con. Three fragments – also known as the Curse of RET – illuminate why their activities were suppressed so ruthlessly by a ‘the RET will remain untouched’ cabal.

As renewable energy displaces the kingdom’s existing energy sources, billions of dollars in gross revenue will be transferred from fossil fuel generators – and your hip pocket – to the lucky folk at Very Cool Clean Energy Inc.

RET will penalise consumers by underwriting expensive renewable generation, driving a gross ‘wealth transfer’ of at least $17 billion in the next 15 years, without any measurable impact on allegedly ‘dangerous’ climate change.

Curse of RET: Given the presence of lower cost alternatives for reducing emissions, RET’s high costs are not justifiable. It does not generate increasing wealth, but merely transfers it among participants in the electricity market.

As for the graffiti, it was a mixed bag,

“It’s about time we got our crap together.” (Jacqui)

“I feel like a walking ATM some days”. (Jeff)

“It don’t mean a thing if it ain’t got that swing!”

“Instead of working together, you just throw things and yell at each other.”

“I know I never said anything to anybody that could be interpreted as encouragement to cover things up; just the opposite”. (Richard)

“This is climate-denier drivel!” (Christine)

“You are on the wrong side of her-story.” (Christine)

“Men are never so serious, thoughtful, and intent, as when they are at stool.”

“The greater the scientific uncertainty, the greater are the risks from climate change.” (Lew’s Law)

“Nihil tam absurdum, quod non dictum sit ab aliquot.” (Cicero’s Law) (There is nothing so absurd as not to have been said by a philosopher – or climate alarmist.)

After Versailles – The Copenhagen Treaty