Climate Science And The Banished Bishop

The resignation of Swedish climate scientist Lennart Bengtsson from an advisory role to the Global Warming Policy Foundation is a source of great dismay, but the story is not without interest or historical precedence.

I will get to the precedence in a moment, but first a word about Professor Bengtsson and the mess he has found himself in (for no fault of his own). Bengtsson is a distinguished meteorologist with an admirable record in climate and meteorological research. He was Head of Research at the European Centre for Medium-Range Weather Forecasting from 1975-1981 and then director of the Centre from 1982-1990. In 1991 he was appointed director of the Max Planck Institute for Meteorology in Germany. Since 2008 he has been the director of the International Space Science Institute in Switzerland. He has published over 200 papers in the fields of climatology and meteorology — and until just the other day he was one of the world’s most highly respected climate scientists. 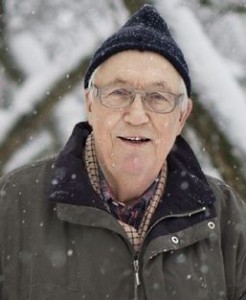 The problem for Bengtsson (left) problem is that he decided he would join a panel that offered scientific advice to the Global Warming Foundation, an organisation that is anathema to the world’s pro-global warming fraternity. In doing this, Bengtsson was seen by warmists as challenging the consensus. This was heresy, selling out to the enemy. They mounted such a vitriolic attack, and made such serious threats to Bengtsson’s career, that he was forced to resign only two weeks into his new role.

To quote from Bengtsson’s resignation letter:

I have been put under such an enormous group pressure in recent days from all over the world that has become virtually unbearable to me. If this is going to continue I will be unable to conduct my normal work and will even start to worry about my health and safety. I see therefore no other way out therefore than resigning from GWPF. I had not expecting such an enormous world-wide pressure put at me from a community that I have been close to all my active life. Colleagues are withdrawing their support, other colleagues are withdrawing from joint authorship etc.

By coincidence, just as all this was going on, I was reading Heaven’s Command: an imperial progress which is the first volume in Jan Morris’ magisterial trilogy on the history of the British Empire. At one point in her narrative Morris describes the famous 19th century controversy surrounding the South Africa Bishop John William Colenso. It is a story with which poor Professor Bengtsson would identify. But it is also a story that is interesting in its own right, because it deals not just with the way the Establishment will persecute someone who is perceived to have ‘lost the faith’, but also with the way in which religion and government can become intertwined. In the 19th century it was the Britain’s guardians of empire intertwined with the Church of England. Today it is the governments of Western countries and the United Nations with the religion of environmentalism, specifically the Church of Global Warming.

Colenso (the name is Cornish) was a brilliant English mathematician and scholar who, after leaving Cambridge in 1846, joined the Church of England and became the rector of a country parish in Norfolk.  Seven years later he was appointed Bishop of Natal in South Africa (taking with him his own printing press). Colenso was a very active prelate, and before long a controversial one. He travelled widely, including safaris into the lands held by the Zulus, who were widely feared and mistrusted by the English in South Africa, but whom Colenso befriended. He learned their language, and was the first to develop a Zulu dictionary and a written language. He tolerated the Zulu practice of polygamy and refused to insist that Zulu men converted to Christianity must divorce all but one of their wives. This was a standard requirement by Christian missionaries at the time, the effect of which was to leave the divorced wives destitute.  In another break with church tradition, Colenso refused to accept the doctrine that Holy Communion was a precondition of eternal life. The implication of this, he said, was that the ancestors of his newly converted Christians were, by definition, suffering eternal punishment because they had not been confirmed in the Church of England. 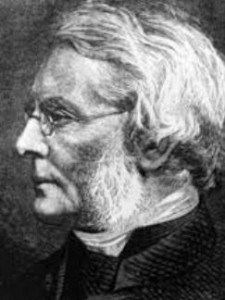 Colenso (right) also preached that all men, irrespective of race or colour, are created equal and stand upon the same level before the eyes of God. This was political as well as religious dynamite. And it was especially unpopular in South Africa, or anywhere in British colonies at that time, where whites invariably ruled blacks and considered themselves superior in every respect. Thus Colenso was regarded with alarm and suspicion by the English settlers in South Africa, by Christians in England, and by the Colonial Service and imperial establishment, which saw him as a threat to their God-given rule over lesser breeds.

But the trouble really started for Colenso when he began translating the Bible into Zulu. Working on the Pentateuch (the first five books of the Old Testament), Colenso baulked at the contents. To quote from the account in Heaven’s Command:

He was confronted on every page, as he later said, by the question, ‘Is all that true?’ ‘My heart answered in the words the Prophet, “shall a man speak lies in the name of the Lord? I dare not do so”.’ From doubting the literal truth of the words of Genesis, he went on to question the authorship of the entire Pentateuch….. Much of their content, he decided, was not historical at all: much more was really centuries newer than was thought. Then he discovered that the Mosaic law never existed before the captivity in Babylon, and that the book of Deuteronomy was a fake, and that the books of Chronicles were falsified for the aggrandisement of priests and Levites. All these shattering doubts he freely made public….

The doctrinal approach at that time, accepted by most English people and promoted by the Church of England, was that the Christian Bible was the Word of God and that everything in it was the absolute truth. Colenso no longer accepted this and in doing so (and saying so) he was confronting a very big consensus. A good example was his take on the story of Noah and the great flood. He recommended this be regarded as an allegory, a cautionary tale, rather than historical fact as it was purported to be by the Church. He said the Bible should be regarded as a guide to a good and religious life, but it was not literally true in every word. Nor was it written by God, but by numerous scholars, religious leaders and poets over many centuries.

As word of Colenso’s teachings, especially his denial of the literal truth of the Bible become widely known, all hell broke loose. There was a frenzy of outrage from the religious establishment, the issue was debated with passion by biblical scholars, and there were letters to the newspapers. Ripostes to Colenso’s ideas poured out of pulpits all over the British Empire. Even Punch entered the fray, publishing a satirical poem as if written to Colenso by Archbishop Longley, the Primate of All England:

My dear Colenso,
With regret,
We hierachs in conclave met,
Beg you, you disturbing writer,
To take off your colonial mitre.
This course we press upon you strongly,
Believe me, yours most truly,
Longley.

Colenso was snubbed by civic dignitaries and government officials, was the subject of innumerable critical sermons, theological papers, and (according to Morris) “insulting diatribes and maidenly odes”. If he was not actually called a “denialist”, this was the sentiment.

But the outrage was not confined to mere personal attack. Colenso was sacked as Bishop of Natal and ex-communicated by his fellow prelate, the Bishop of South Africa. Funds for his missionary work were withdrawn and he was forbidden to preach in England or South Africa. There was even an attempt in England to cancel payment of his stipend. In short, he was accused of heresy, the worst crime in the Church’s book, and he was basically dis-owned by his Church and his colleagues.

All of which brings me back to Bengtsson, similarly suffering vitriolic abuse and professional threats from former colleagues. However, unlike Bengtsson, Colenso refused to be intimidated or excommunicated and he challenged his sacking. He claimed that the Church of England was part of the Constitution of England, not of South Africa. He appealed to the Crown, and his appeal was upheld by the Privy Council in London; the Council confirmed that the Bishop of South Africa did not have the jurisdiction to sack the Bishop of Natal.

Nevertheless Colenso’s career in the Church of England was basically finished. He returned to Natal, only to find that a rival Bishop had been appointed while he was away and a new cathedral was under construction. He was banned from his own Cathedral by his own Dean, who ordered him before a full congregation: “Depart! Go away from the House of God!”

Thus, although he continued to preach to a small group of supporters, he became himself basically a missionary, devoting his life to the well-being of the native peoples of South Africa rather than to Church affairs. Ultimately he was briefly brought back into the fold by the British government and helped to play a key role in peace-making after the British-Zulu wars.

The thing that intrigues me about the Colenso controversy is that today it would never arise. Apart from the members of a small number of fundamentalist Christian sects, few people any longer believe that every word in the Bible is literal truth, especially the Old Testament. Certainly this concept is no longer a tenet of the Church of England. The advance of science and of biblical scholarship has rendered the concept irrelevant.

How long will it be, one wonders, before there is a similar revelation with respect to the concept of run-away dangerous global warming caused by human emissions of carbon dioxide?  I think perhaps it will be at least another twenty years, because the notion is so deeply entrenched in the scientific/ governmental establishment, and because at least one more generation of indoctrinated student will need to move through the system. But when it happens, I wonder  will somebody bring up the name of Lennart Bengtsson, and recall the way he was persecuted and intimidated by his colleagues for opposing a ‘great consensus’ now regarded as irrelevant? I hope he will become an historical hero, as has John Colenso.

Roger Underwood is a retired forester and chairman of The Bushfire Front, a volunteer organisation dedicated to getting bushfire management in WA back on the rails

The very model of a modern climate scientist