The Reef Could Use a Dose of the Wuhan Flu 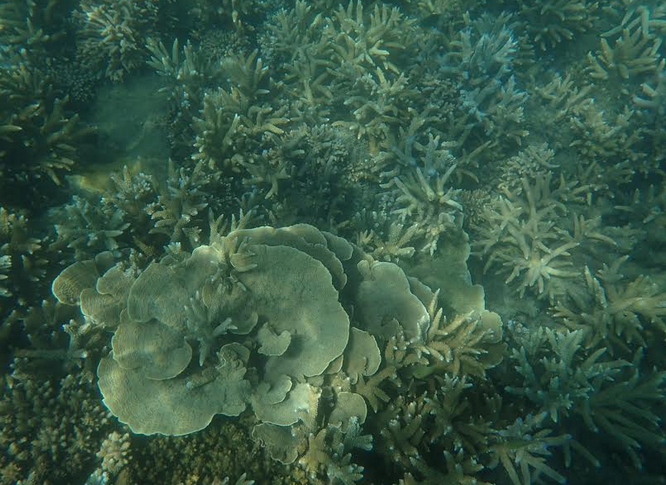 Virtually every year for the past five decades news of dire threats to the Great Barrier Reef has enjoyed a free pass to national and international media coverage. The ongoing public attention and concern thus generated have become the essential foundation for an ongoing taxpayer-subsidised industry devoted to “saving the Reef” at a cost of several hundred million dollars per year. This endeavour employs several hundred administrators, enforcers, researchers and activists in what amounts to a permanent all-expense paid Great Barrier Reef holiday.

These sinecures are now under serious threat by the Wuhan virus which has usurped media attention and government funding from all other issues. Worse yet, the pandemic is forcing a serious rethink about what is, in reality, essential activity and on the GBR what, if anything, is being usefully accomplished by throwing hundreds of millions of dollars every year at the endless litany of hypothetical solutions to imaginary problems.

The response of the GBR salvation industry to this existential threat to their ongoing funding has been to raise the threat of recent coral bleaching from “critical” to “worst ever”.  But, is it really? The recognition of coral bleaching is relatively recent and understanding of its frequency, intensity and effects is limited. Most importantly, several critical factors are being ignored.

Firstly, all of the major bleaching events have arisen in connection with the near-surface ocean warming associated with strong El Niño conditions, when the normal wave-driven mixing of the ocean ceases during extended periods of calm. An extra-warm layer then forms at the surface. It rises and falls with the tide subjecting the shallow tops of reefs to repeated and sudden strong changes in temperature.

The single-celled algae, the zooxanthellae, which live in the tissues of corals and furnish much of their nutrition have multiple genetic strains with different optimal temperatures. It has been found that the strains of algae in a particular coral colony may change several times in a year in accord with the changing seasons. Normally such changes are gradual and go unnoticed. This ability to change zooxanthellae to suit local conditions permits corals to adjust to both changes in a given location as well as different conditions in other places. 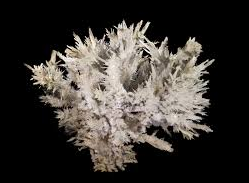 In bleaching events all of the algae are expelled in a short time and the white aragonite skeleton (right) of the coral shows through the translucent polyps. Usually in a few weeks most of these “bleached” corals regain their colour with a new strain of algae more suited to current conditions. This ability to adapt enables corals to thrive across a range of conditions and to sometimes bleach if a sudden change requires it. Corals in one place often bleach at a temperature in which the same species of coral in a warmer locale can be flourishing. In the recent bleaching events on the GBR many of the same corals in Papua New Guinea have suffered little or no bleaching.

In most instances bleaching is a temporary event from which most colonies soon recover.  However, like the loss of leaves during droughts on land, some colonies may not recover and in severe conditions many may die. Fortunately, bleaching is largely limited to the shallow tops of reefs and adjacent reef edges where the warm near-surface water may flow deeper when it runs off a shallow reef area on a falling tide. However, bleaching is not the only danger to corals on the shallow tops of reefs. Storms, floods and extreme low tides are also common risks. The corals which live in such areas are well adapted to recovering from such devastation.

Studies of El Niño events occurring over recent millennia have found no clear trend of increasing frequency or strength; rather, erratic fluctuations with no clear cycles, trends or other indication that recent events are anything unusual. All this strongly suggests that what we are seeing in the recent bleaching events is nothing threatening, only a marine facet matching the land of searing droughts and flooding rains.

To believe that the recent bleaching events are unprecedented and due to anthropogenic climate change one must ignore their close correlation with El Niño events and the warming effect of extended calms on sea-surface temperatures as well as the multiple lines of evidence indicating their common occurrence over the past several millennia. In addition, one must also ignore abundant evidence of the characteristic scars bleaching leaves in the growth rings of thousand-year-old living coral colonies as well as fossil corals going even further back.

The reality is that scientific knowledge of reefs is sparse, scattered and mostly quite recent. Also, almost all reef researchers are essentially academic office workers with very limited actual experience on reefs. For the past three decades basic research on reefs has been largely eclipsed by a focus on environmental threats.  There is now a whole generation of researchers whose entire experience of reefs has been in the context of finding, promoting and investigating eco-threats and they tend to see every fluctuation of nature as evidence of such.

Almost certainly the bleaching being reported as an existential threat is nothing more than a somewhat irregular but not uncommon instance of an abrupt shuffling of zooxanthellae imposed by El Niño. Although the idea that nothing unusual or even particularly damaging is happening might seem to be utter denialism, it is backed by further compelling evidence which cannot be easily dismissed.  This is in the form of high-quality weather station records for the past century right in the middle of the Coral Sea at Willis Island.

The warming effect of greenhouse gases takes place initially and most strongly in the first few tens of metres of the atmosphere above the surface, where virtually all of the infrared energy in the absorption bandwidth of CO2 that is being emitted from the surface is being absorbed. Basic physics then dictates that any transfer of heat from there must be in the form of a diminishing transfer elsewhere.

Virtually all land-based weather station records are strongly affected by seasons, droughts, floods, wind direction and changes in surrounding land use as well as changes in instrument siting and maintenance. Trying to detect an estimated change in temperature over the past century of about 1ºC amidst such an erratically varying record is inherently fraught with great uncertainty. 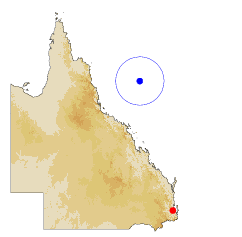 Willis Island, a tiny mound of coral rubble some 450 Km E. of Cairns in the Coral Sea, is a rare and valuable exception  It is about 500 metres long, 150 metres wide, up to 9 metres in height and 8 hectares in area. A meteorological station was established there in 1921 (left). With the extreme isolation and little to do other than weather-observing duties, an excellent record has been kept. Surrounded by hundreds of kilometres of tropical ocean in every direction it is well removed from the multiple vagaries of land-based climate and human influences, with a seasonal range of only a few degrees.  If anywhere should clearly show the influence of a warming trend in climate it would have to be here. Fortunately, these records are available online  (http://www.bom.gov.au/climate/averages/tables/cw_200283.shtml)and can be viewed in various forms.  The following graph of mean maximum temperatures was generated here for the years 1931-1960 and for the years 1991-2020. 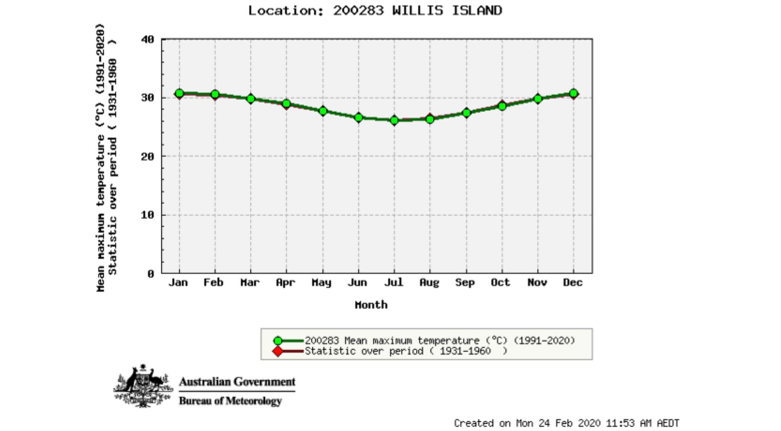 At a glance it appears there is a tracking line missing, but not really. The most recent period replicates the earlier record with such fidelity that, laid atop each other, they are indistinguishable . In short, what must surely be one of the most complete and meticulously maintained weather records in the world over the past century, and which is situated  near the middle of the GBR, shows no warming trend at all. (Note: A copy of the Willis Island weather data is available for downloading from the website.  If one is interested in the details it would be prudent to download it as a check against any future BoM “homogenisation” with other “adjusted” records from the mainland.)

Meanwhile, the ongoing barrage of news about how the GBR is dying has been having an effect in discouraging tourism.  It seems that few people want to travel halfway around the world to see what they have been led to believe is a dead reef. Despite several thousand visitors continuing to come back from the Reef each day thrilled at what they have seen, the number of such visitors has been falling.  To try to counter the doom and gloom the tourism industry has recently opened a website to feature up-to-date accounts, photos and videos depicting the colourful vibrant reality to be seen on the Reef. It can be accessed at Great Barrier Reef Today

To counter such a blatant contradiction to their preferred “dying Reef” narrative, while carefully avoiding any direct reference that would draw attention to it, the Reef salvation industry has acknowledged that the areas being visited by tourist don’t seem to have been so adversely affected as the vast areas they have surveyed.  This is then treated as just an anomaly, of no real importance.  How the many widely scattered and diverse areas to which tourists are shuttled could somehow, against all probability, virtually all remained vibrantly healthy, is simply ignored.

In the unfolding consequences of the global socio-economic tsunami wrought by the COVID-19 pandemic we are soon going to face the reality of a devastating recession with a long, slow and difficult period of recovery.  Much that may have seemed important is going to be deferred or abandoned for the sake of essentials. The whole fragile egg-shell Humpty Dumpty structure of debt on which our current economic structure is based is facing collapse and all the King’s horses and all the King’s men will not be able to put it together again, at least for a long time.

Forcing the productive sector to continue supporting a vast accumulation of extravagant nonsense while it struggles to survive can only assure even greater difficulty, hardship and delay. Tough decisions about what is really important and what can be afforded are going to be required. In the face of a severe and extended global recession one of the most effective aids to recovery by government may well be to just get out of the way by removing as many bureaucratic demands and restrictions on productive activity as possible, cutting the burden of nonessential government activity to a minimum, and trimming public sector salaries and benefits in proportion to reductions in overall economic activity. There is a real risk that trying to maintain a bloated government sector by increasing taxes on any productive and successful activity will significantly impede economic recovery.

Currently, government is preparing to throw another lazy hundred million dollars at a priority list of some  40 hare-brained pie-in-the sky schemes proposed by researchers to save the Reef from their endless and false prophesies of imminent doom. That even a cursory assessment of cost, scale, technical feasibility, maintenance requirements, vulnerability to cyclones, environmental risks and sustainability would quickly consign all these proposals to the realm of naive fantasy seems never to have been even considered.

That the primary concern of the salvation industry is not the actual condition of the Reef but the maintenance of belief in the threats is apparent in their reaction of any suggestion that it isn’t as bad as they say.  Regardless of the strength of evidence of good health presented there is never any interest, only angry rejection.

A marine biologist, Walter Starck has spent much of his career studying coral reef and marine fishery ecosystems

JCU Digs Itself Into a Deeper Hole