Reconciliation Starts with Telling the Truth 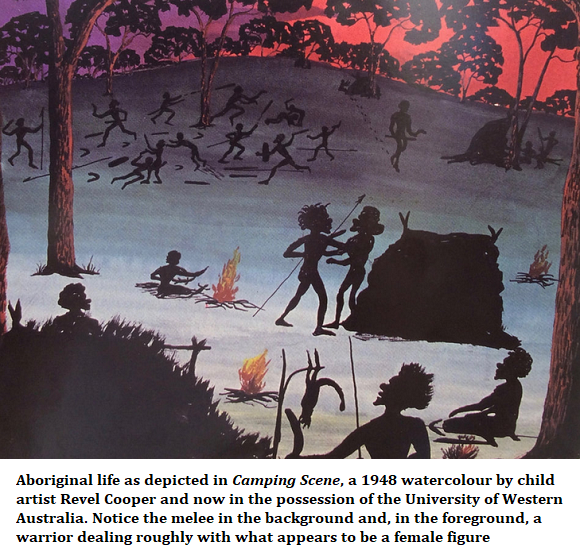 This Thursday marks the start of National Reconciliation Week. However, it’s difficult to see how true reconciliation can occur when falsehoods continue to be perpetrated. Just note the following example from Reconciliation Australia, which ironically comes under the sub-heading Beyond the Myths: 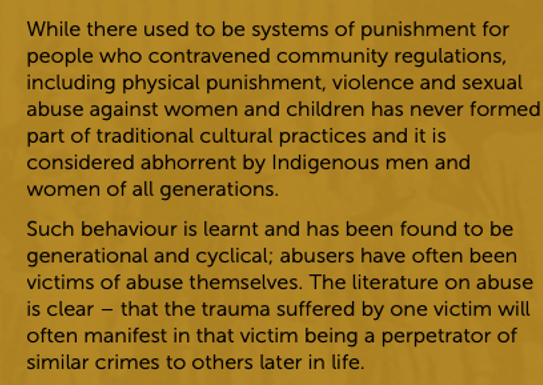 As someone with an undergraduate degree in anthropology, these issues have always been of interest to me. What were the actual beliefs and practices of the Aboriginal peoples living in Australia, especially since Europeans arrived?

In 1964, some 15 years before his death at the age of 88, Elkin published the final edition of The Australian Aborigines: How to Understand Them, which first went to press in 1938 and is still viewed as a classic. Significantly, the way Elkin describes how indigenous communities treated their women is quite shocking. In his book, Elkin gives the following six examples:

♦ Before a revenge expedition sets out on its dangerous enterprise, its members temporarily exchange wives, thus expressing their unity and friendship to one another.

♦ When an attacking party is about to attack the home party, the latter if it does not want to fight, will send a number of its women over to the former. If these are willing to settle the matter in dispute without fighting, they have sexual intercourse with the women; if not, they send them back untouched.

♦ In some parts (e.g. north-eastern South Australia), the temporary exchange of wives between the two parties to a quarrel is a regular part of the method of settling it, if each has an admitted debt or charge against the other.

♦The final making of peace between two groups may always include the temporary exchange of wives, and on such occasions, all the usual tribal marriage laws (except those concerned with incest within the family) may be and are usually broken. This apparently marks the renewed friendship in a special manner; all groupings are transcended.

♦ Very often at times of great excitement during ceremonies, the men go aside to prearranged places and there have sexual intercourse with the women, and once again, the usual rules governing the intercourse of the sexes are ignored. Sexual excitation is a feature of some rites, and it may be thought that sexual intercourse will add to the effectiveness of the rites, or it may be just another occasion for expressing the common unity which those participating in the rites felt. In any case, it is for them just part of the traditional pattern, and they do not look for reasons.

♦ The above five occasions are communal in nature; but there is another similar in some ways, which differs in being a mark of friendship or hospitality and in being practised between individuals. This is the lending of a wife to a visitor. In such cases, kinship rules governing marriage apply, and “incest rules”, interpreted tribally, are not broken. This is more than a mark of hospitality in some tribes (e.g. north-east of South Australia); it is an institution.

Then there’s the internationally feted Time art critic, Robert Hughes AO, who also wrote the early history of British penal settlement in Australia, The Fatal Shore. While Hughes received the W. H. Smith Literary Award for this work. his book would almost definitely fail the newspeak criteria currently in vogue at many of our leading tertiary institutions, but it nonetheless seeks to provide an unvarnished snapshot of the cultural standards of that time. For instance, in regards to the First Nation’s treatment of women Hughes wrote:

…the unalterable fact of their tribal life was that women had no rights at all and could choose nothing. A girl was usually given away as soon as she was born. She was the absolute property of her kin until marriage, whereupon she became the equally helpless possession of her husband. Before and after [marriage], she was merely a root-grubbing, shell-gathering chattel, whose social assets were wiry arms, prehensile toes and a vagina…

As a mark of hospitality, wives were lent to visitors whom the Iora tribesmen wanted to honour…. If a woman showed the least reluctance to be used for any of these purposes, if she seemed lazy or gave her lord and master any other cause for dissatisfaction, she would be furiously beaten or even speared.’

To claim the abuse of women and children is “learnt” falsely implies that it wouldn’t have existed if European colonisation had never occurred. Indeed, it relies on the tired and offensive trope of the “noble savage”.  All Australians want reconciliation. But it’s never going to achieved as long as historical falsehoods are allowed to be perpetuated.

23 thoughts on “Reconciliation Starts with Telling the Truth”