The Epicentre of Our History 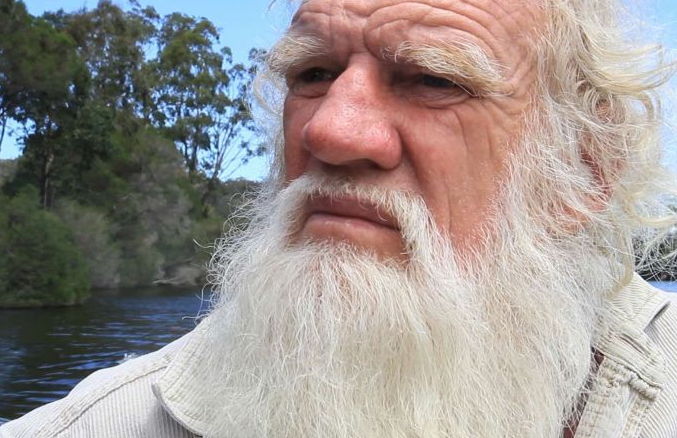 When Julia Gillard was Minister for Education in the Rudd government in 2008 she appointed a committee to rewrite the national schools curriculum from primary school to year 10. When the curriculum’s compulsory Aboriginal content was published it became a controversial issue. The Coalition opposition under Tony Abbott called it “political correctness run riot” and a ”black armband” view of Australian history, saying it placed too much emphasis on indigenous perspectives and very little on the nation’s British and European political and cultural heritage.

Nonetheless, indigenous studies still remain a core concept within the national curriculum. The academics and bureaucrats responsible never gave up their objective to make it compulsory for all Australian schoolchildren. Today, much of the content set in place by Gillard is now being updated to accommodate the arrival of a new and far more radical set of ideas about traditional Aboriginal culture and society. This is largely the result of an acceptance within the education system of the book, Dark Emu, by the self-described indigenous author Bruce Pascoe.

Click here to order your copy of Bitter Harvest

The book’s central claim is that Australian Aborigines were not hunter-gatherers, as generations of anthropologists have labelled them: they were agriculturalists. Pascoe argues that, rather than being the most backward people on the planet, as ignorant Europeans have long thought, the Aborigines were among the most technologically and politically advanced societies of all time. He claims they were not nomads but lived in villages of stone houses and developed extensive and sustainable agriculture as well as sophisticated politics long before the rise of ancient Athens, Mesopotamia and Egypt. All this ended with the invasion by the British in 1788.

Pascoe has an explanation for the long-delayed failure of Australian anthropologists to recognise this. He says there was a conspiracy to suppress the information for political reasons. “Historical accounts of Aboriginal housing, farming and fishing were suppressed for most of the past 150 years,” he says. “The myth that Aborigines were simple nomads was per­petuated to justify white occupation.”

But now that he, an indigenous man, has come along and discovered the truth, everyone should see through the lies that justified white settlement. He has persuaded some influential backers that he is right. According to the judges of the New South Wales Premier’s awards for literature, all appointed by the State Library of NSW, Pascoe’s book shows that when the British first arrived Aboriginal people were:

living sophisticated lives [in an] Aboriginal democracy [that] created the “Great Australian Peace” on a continent which was extensively farmed, skilfully managed and deeply loved … Dark Emu reveals enormous Aboriginal achievement in governance and agriculture, and restores these to their rightful place at the epicentre of Australian history.

Originally published in 2014 by the indigenous publishing house, Magabala Books, Dark Emu was immediately shortlisted for the Victorian Premier’s Award for Indigenous Writing and for the History Book Award in the Queensland Literary Awards. In 2016, it became a best-seller after being named Book of the Year and winning the Indigenous Writers Prize at the New South Wales Premier’s Literary Awards. In 2018, the Australia Council gave Pascoe its Lifetime Achievement Award for Literature.

Dark Emu is now being adopted as a text in high school courses around Australia. On the back of this acceptance, Pascoe has written Young Dark Emu, a text for primary school students. The ABC, whose education department has already published a website celebrating Pascoe and his book, will produce a whole television series in 2020 with Pascoe as presenter.

He is set to become one of Australia’s most commercially successful writers, a successor to the Western Australian Aboriginal author, Sally Morgan, whose 1987 book, My Place, told an essentially fictitious story about how her grandmother became a member of the “stolen generations”. By 2004, the inclu­sion of My Place as a compulsory text in the high school syllabus of most Australian states lifted its sales past 600,000 copies. Pascoe’s publishers say Dark Emu has already sold more than 100,000 copies, putting Morgan’s total well within his reach.

So when Quadrant contributor Peter O’Brien contacted me earlier this year to report his misgivings about Pascoe’s book, and offered to review it, I readily agreed. O’Brien was familiar with the principal historical sources used by Pascoe, the diaries and journals of early Australian explorers Charles Sturt and Thomas Mitchell. O’Brien thought there was something fishy about the conclusions Pascoe derived from them.

O’Brien has now turned his review into a substantial 256-page book, Bitter Harvest: The illusion of Aboriginal agriculture in Bruce Pascoe’s Dark Emu, to be published this month by Quadrant Books and available from our website. It is a scholarly investigation of all the major claims Pascoe makes and whether they follow from the historical records he used.

O’Brien’s conclusions, outlined in his article in our upcoming December edition, are not flattering. Dark Emu is a book of “egregious deception” and “a rich ragout of grievance”.

“Almost every significant claim that Pascoe makes that is sourced, turns out to be either false or misrepresented.” O’Brien writes: “As purported history, Dark Emu is worthless. Even worse, it promotes a divisive, victim-based agenda that pits one Australian against another.”

Quadrant is not the only publisher to criticise Pascoe’s findings. At the same time O’Brien was working on his book, Melbourne history enthusiast Roger Karge attracted a group of concerned readers, many of them disillusioned former fans of Pascoe’s thesis, to contribute to the website Dark Emu Exposed. This group has a variety of people, some with doctorates, others dedicated amateurs, from backgrounds including journalism, teaching, authors, farming, fishing, nursing, ex-servicemen, an archaeologist, an artist, a historian, musicians, and people who work closely with the Aboriginal industry. Since last May, they have published twenty detailed blog-posts critical of Pascoe’s claims, calling them “willful manipulations, additions or omissions to slant the narrative and bolster his argument”.

The issue of Pascoe’s own Aboriginal background has also been subject to extensive research. Pascoe claims that he is an indigenous writer of mixed Bunorong, Yuin and Aboriginal Tasmanian (Palawa) heritage. However, Pascoe’s statements about himself are inconsistent, claiming in some interviews his Aboriginality comes from his father’s line, but in others from his mother’s grandmother, and in yet others from both sides of his family.

An associate of the Dark Emu Exposed group, the Perth retired author Jan Holland, has researched Pascoe’s family records and made a persuasive case that his ancestry is all white, indeed, all English, and that he is not an Aborigine at all. She backs her claim with a long and thorough genealogical study containing 5500 words of text plus 75 original documents she has published online. A professional genealogist within the group checked her work and confirmed it is accurate. It can all be found on the website Australian History – Truth Matters.

Holland’s genealogy traces the ancestral lines of Pascoe as far back as it needs to establish whether his Aboriginality is authentic or not. Once a line of descent comes to an English-born forbear, the genealogy goes no further, since the possibility of an Aboriginal heritage ends there. Here is Pascoe’s family lineage in these terms:

Ancestors on the paternal side of his family, and where born

Ancestors on the maternal side of his family, and where born

In short, there is no Aboriginal line of descent in any of Pascoe’s forebears. So it is not only his history that is bogus, but also his public biography. He should return his Indigenous Writers Prize and any other award given him for his claim to be an Aborigine. And he should apologise to his readers for deceiving them.

Keith Windschuttle is the editor of Quadrant. This column will appear in our December edition.

It’s Hard Not to Say ‘We Told You So’