A Fraudster and his Obliging Cobbers 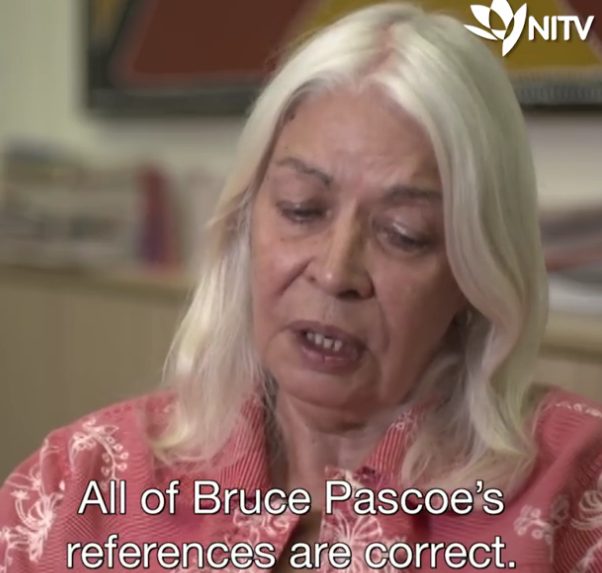 When even Crikey! concludes a much-championed and revered voice of the cultural Left is a rogue and fraud you can be sure the reputational rot has reached the terminal stage. That’s the take-away lesson from David Hardaker’s gentle leap onto the anti-Pascoe bandwagon.  Here he is, after a few paragraphs of soft-soaping Pascoe’s troubled relationship with truth, hammering some fresh nails into the coffin of his standing as a writer and researcher who warrants being taken seriously. The underscored passage in the excerpt below also explains how the Mallacoota mountebank got away with it for so long:

Questions have been raised about Pascoe’s facts in the years before Sutton and his co-author Walshe came along.

At the beginning of 2020, Melbourne lawyer Russell Marks, who has worked in Aboriginal justice, wrote in The Monthly that “throughout Dark Emu, Pascoe regularly exaggerates and embellishes”:

One example: he quotes Thomas Mitchell’s description of large, circular, chimneyed huts Mitchell observed near Mount Arapiles, in western Victoria, on July 26, 1836, but leaves out [Mitchell’s accompanying] words, ‘which were of a very different construction from those of the Aborigines in general’.

In 2019, the book Bitter Harvest: The Illusion of Aboriginal Agriculture in Bruce Pascoe’s Dark Emu alleged “that Pascoe omits, distorts or mischaracterises important information to such an extent that, as purported history, Dark Emu is worthless”. The book’s author, Peter O’Brien, while not an academic, considered himself to be an expert on two of the main historical sources referenced in Dark Emu: the diaries and journals of early Australian explorers Charles Sturt and Thomas Mitchell. However, the fact that the book was published by the right-wing Quadrant Books meant it was destined to die in a ditch in the culture wars.

Far from damaging Dark Emu, criticisms from conservative sources such as Quadrant, the website “Dark Emu Exposed”, and the work of Murdoch columnist Andrew Bolt, only served to make Pascoe stronger.

Sutton and Walshe, though, cannot be dismissed as the usual right-wing suspects. In nearly 300 pages of fact-checking, they call Pascoe to account in an unaccustomed way.

First a disclaimer:  I am not an expert on Sturt and Mitchell and I have never claimed to be.

It is apparent to me that Mr Hardaker has not bothered to read Bitter Harvest.  If he did, he would find that, within my own remit – which was not to prove the null hypothesis viz that Aboriginal people were semi-nomadic hunter/gatherers, but simply to demonstrate that Pascoe had failed to prove they were not – my book is just as detailed, comprehensive and forensic as Sutton and Walshe.

And I’ve got news for Hardaker.  The reports of the death of Bitter Harvest have been greatly exaggerated.

Goodreads is a website that provides book lovers with a number of services, including recommended reading lists based on your preferences.  It also provides reviews of a wide range of books and, in general, seems to do a pretty good job.  Even a reputedly moribund work like Bitter Harvest managed a review.   Here is a summary of that review.  I reproduce it to demonstrate, in a simple format, just what constitutes debate for the Left: the same mindset exemplified by Hardaker’s dismissive classification of me as one of ‘the usual right-wing suspects’.

Meredith rated it ****
So good to see that it was not only me who noticed how Pascoe begins with quotes but then makes broad sweeping statements that render the quotes untrue. Also how he takes one small example and applies it to the whole of the Australian continent, as though Australia was a small area. I only had access to a copy of Sturt when I was reading Dark Emu, but since I could read with my own eyes the selective quoting and some blatant lies, I figured Pascoe had done the same with other sources. Peter O’Brien read many of the other sources.

Shon Ellerton rated it ***
Peter O’Brien does a very good job exposing Pascoe’s Dark Emu. This book was not easy to get as it is not nearly so well-known. Moreover, I highly doubt that the mainstream outlets would be selling the book on grounds of failing to adopt the public narrative which Bruce Pascoe tries to purport.

What O’Brien did is to go through every reference Pascoe alluded to in his bibliography on his book, Dark Emu. He must have gone through quite a lot of painstaking research, but the efforts are most definitely worth it.

It transpires that Pascoe is a master of omission. By carefully omitting parts of the original text, the story he so often construes is so different from what the original source is intended to tell, it’s almost comical. I was so spellbound by this that I had to go and research some of the material myself, some of which can be downloaded from the Internet. O’Brien is right in what he is saying in his book.

If you really want to read Dark Emu because you think you need to, please try to get a copy of Bitter Harvest. I urge you to. Reading both books gives a very good background of this topic.

Both books are not particularly long but they are certainly on the drier side of things.

Stevo Wilson rated it *
I’m embarrassed for the author. I didn’t read it all, it’s super boring, who wants to read 300+ pages of bitter resentment.

Petronius rated it ****
Dark Emu makes a case that the First Australians, in addition to being a hunter gather society, were a farmer society which preserved seeds, planted crops, stored plant food, lived in permanent structures and formed large stable settlements. The book relies heavily upon revisionist interpretations of the journals of Australian Explorers.

Mr Pascoe is not an anthropologist nor a historian. He has a education degree. He deserved some credit for his literary skills and the grand idea behind Dark Emu. One wonders, however, if he was altogether serious. Anyhow his book answered a call among progressive thinkers to make the First Australians more like themselves and more like the people the colonial settlers encountered in their appropriation of ‘country’.

This is all connected in an oblique way with the push for the hot button topics of Indigenous reconciliation and constitutional recognition.

Peter O’Brien is also not an historian nor an anthropologist; he has tertiary qualifications in science, computers and other studies and worked for the military and in business. Much of his work is based upon comparing the actual text of the explorers with Dark Emu’s use of these references. He comes across as a natural historian who may have missed his milieu in the military and commerce.

Bitter Harvest for all its detail moves quickly and keeps one’s interest.

After reading Bitter Harvest I am of the view that Dark Emu fails to convince and the work on the whole seems a pathetic fallacy.

The recent book, Farmers or Hunter-Gatherers (MUP 2021) by academics Peter Sutton and Keryn Walshe supports many of the independently achieved findings of Peter O’Brien.

I’m sure it has not escaped your attention that the negative reviews are nothing more than ad homs, which is standard operating procedure for your self-rated kind and gentle leftoid when confronted with evidence that rattles cherished preconceptions.  I remonstrated with Goodreads that abusive comments — that I am ‘a sad old man’ guilty of purveying ‘pseudo scholarship’ — with no other details to support such appraisals could hardly be classified as reviews.  No action was taken.

As to Mr Hardaker of Crikey!, that daily emailed epistle of approved leftist thought (the word used advisedly) and his assertion that Bitter Harvest is dead “in a ditch”, well let me inform him that my book sold out its first print run in just seven months.  And, as of this week, only a few copies of the second and updated edition remain in the warehouse, so get in fast.  But don’t take my word for it.  Listen to Petronius above, God bless him.

22 thoughts on “A Fraudster and his Obliging Cobbers”

Minting Indulgences for a Useful Scoundrel