A Statement from the Heart of Passivity 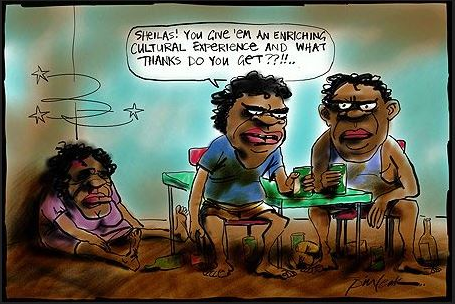 Western civilisation is built on the sovereignty of the individual, sovereignty derived in large part from the Christian concept of man being created in the image of God and being equal in His sight, be we king or commoner, free or slave, white or black. A friend who migrated from South East Asia to Australia with his family put it this way in an email to me:

The West has been taught to believe in external reality; a good, an imperative higher than any social network, to whom even the king owes obedience. The existence of this meta-truth alone ensures that all men are equal and ironically makes it possible for all men to be brothers.  Absent a common father what could possibly bind us together but human power.

As sovereign individuals we have agency, but with agency comes personal responsibility.  By adopting a group approach, personal responsibility can be avoided and politically correct faux virtue-signalling used to cover the real aim – the pursuit of power. Thus when the principles of government are based on classifications or groups rather than individuals, the results are almost invariably bad.  Examples include Communism, Fascism, Nazism, apartheid, the Indian cast system and, more recently, gender identity and ‘woke’ prescriptions generally. In short, the currently fashionable emphasis on group rights rather than individual rights must be rejected.

This is why I oppose the Uluru Statement from the Heart. I will pass over the fashionable mantras in the statement that have been refuted by Keith Windschuttle in his recent article, How the Voice would mark ‘Invasion Day’.   We should not allow ourselves to be deflected from facing reality by claims of nationhood, sovereignty, oppression and ‘torment of our powerlessness’, poor-fellow-me thinking whose validity is now broadly accepted by the intelligentsia and has seeped into decisions of the High Court, demonstrated by the Love and Thoms cases, which created a new category of non-alien non-citizens with rights beyond the writ of Parliament.  I will restrict myself to an extract from the Uluru Statement, one that is fundamentally dishonest:

Proportionally, we are the most incarcerated people on the planet. We are not an innately criminal people. Our children are aliened from their families at unprecedented rates. This cannot be because we have no love for them. And our youth languish in detention in obscene numbers. They should be our hope for the future.

The avoidance of any discussion of the bad choices and actions that have inevitably led to the unfortunate consequences described above reminds me of comments made in 1994 by prison psychiatrist Anthony Daniels writing under the pseudonym Theodore Dalrymple in an article in City Journal:

The language of prisoners in particular teaches much about the dishonest fatalism with which people seek to explain themselves to others, especially when those others are in a position to help them in some way. As a doctor who sees patients in a prison once or twice a week, I am fascinated by prisoners’ use of the passive mood and other modes of speech that are supposed to indicate their helplessness. They describe themselves as the marionettes of happenstance.

Agency is thus avoided.  As several murderers remarked to Dalrymple, “The knife went in.”

The knife went in – unguided by human hand, apparently.  That the long-hated victims were sought out, and the knives carried to the scene of the crimes, was as nothing compared with the willpower possess by the inanimate knives themselves, which determined the unfortunate outcome.

A major issue affecting Aboriginal society, both prior to European contact and in parts of Australia today, is the quite shocking levels of violence. Dr Stephanie Jarrett’s book, Liberating Aboriginal People from Violence, which has a forward written by Aboriginal activist and politician Bess Nungarraya Price, gives an excellent account of the situation.  Here is an overview of her conclusions from the publisher’s description:

There is a reluctance to scrutinise and address the fundamental cultural generators of Aboriginal violence. Where violence is seen as part of culture, too often it is defended as the culture’s “right” to practice it. Above all, the separatist self-determination model maintains customs that are dangerous, particularly to women and young people. Hence, if we keep to a separatist, self-determination model, we will keep having to have crisis responses, major enquiries and interventions, and decades more of assaulted Aboriginal women and young people facing the terrible dilemma of abandoning their country, their community, to get some safety. Reducing Aboriginal violence entails fundamental cultural change. This book explores ways that, in a spirit of compassion and recognition of universal human rights, the nation can assist remote Aboriginal people live successfully within, or to have frequent, welcoming, positive interaction with, mainstream culture, so that acquisition of the mainstream’s higher intolerance for violence can occur.

In a talk to the Centre for Independent Studies in back in January 2020, Jacinta Nampijinpa Price, daughter of Bess Price, spoke about punishments under Aboriginal traditional law such as spearing and concluded that “Indigenous partner homicide rates are high in comparison with the rest of Australia because of the underlying cultural forces that perpetuate the family violence epidemic.”

All societies include in their history activities and attitudes that today we find repugnant.  it wasn’t all that long ago in the grand scheme of things that Europeans were burning witches and had trial by ordeal; Indians practiced  suttee, in accordance with which widows joined their husbands on their funeral pyres; and poor Chinese families sold their daughters as mui tsai slaves.

Progress requires bad practices to be replaced by good, not justified as part of a culture frozen in aspic.  Aborigines, in common with all other Australian citizens, cannot operate successfully separate from mainstream culture.  Having separate representation will give rise to an apartheid-style cast system that postulates permanent dependency but with privileges that will lead inevitably to general community resentment.   It will divide our nation in a way that will benefit only power seekers and virtue-signallers.

Our society’s success depends on people making themselves useful, taking education seriously, working hard and conducting themselves properly with respect to their families and society as a whole. If taking personal responsibility for one’s life is avoided, no amount of aid or intervention from any source will ever succeed. We are sovereign individuals and avoiding responsibility only ensures that one is neither granted nor actually deserves any genuine respect.

7 thoughts on “A Statement from the Heart of Passivity”

The Blackening of Australia’s Past