What They Won’t Admit About Remote Communities

In his recent book, The Breakup of Australia, Keith Windschuttle illustrates the point made by Kerri-Anne Kennerley, Anthony Dillon and others whose lot it is to be branded racists for daring to raise the endemic depravity of remote communities.

“One-third of those suicides is identified as children of sexual abuse, and we don’t have the early intervention to disable the trauma of child sexual abuse,” National Child Sexual Abuse Trauma Recovery Project, Gerry Georgatos, told NITV News.

At Oombulgurri (population 200), formerly the Forrest River Mission in the Kimberley district and once advertised as an ideal example of how self-governing Aboriginal communities could work, a team of police in 2008 investigated the suicides of four teenagers. They found widespread sexual abuse by elders of young people. The police eventually laid 109 charges against seven offenders, including 21 counts of abuse of girls as young as 12 by the community’s head warden Darryl Morgan and four counts of child sex abuse by his wife Veronica Bulsey, who groomed the girls for her husband. Morgan was sentenced to ten years’ jail and Bulsey to four years and nine months. 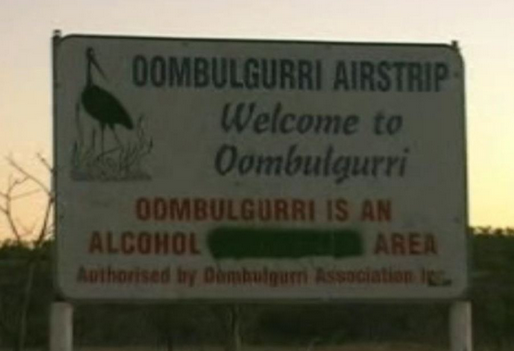 In 2007, after a major police investigation into the former Kimberley mission at Kalumburu, a total of 103 sexual assault charges were made against 15 men, including Clarence Djan-jhara, deputy chair of the Kalumburu Aboriginal Corpora­tion. Eventually, sixteen local men, including the community leaders, were charged with molesting very young children and exchanging cigarettes for sex with underage girls.

Also in 2007 at another Kimberley location, Halls Creek, police charged six men with sex offences against ten underage girls, and identified another 20 men as suspects. Police said some of the men trav­elled to Halls Creek from the Kimberley regional centre, Kununurra, and the local Aboriginal communities at Balgo and Warmun, to commit the offences.

By 2011, some of the sixteen men eventually convicted of child sexual abuse at Kalumburu had served their sentences and began drifting back to the settlement. The following year, Oper­ation Reset, a police team designed to help communities recover from such abuse, found that, of the one hundred males then liv­ing in Kalumburu, seventeen were convicted sex offenders.

The Kimberley region has the highest Indigenous suicide rates in Australia – not just for Aboriginal youth, but for the entire Aboriginal and Torres Strait Islander population.

Western Australia still waits on a final report from an inquest into thirteen Indigenous youth suicides in the Kimberley region from 2012 to 2016. An inquest by state coroner Ros Fogliani is expected to table findings early this year.

One in four people who took their own life before turning 18 were Aboriginal children.

“It is a humanitarian crisis… one-third of those suicides is identified as children of sexual abuse, and we don’t have the early intervention to disable the trauma of child sexual abuse,” Mr Georgatos said.

“We don’t have the early intervention and the trauma recovery for them, we don’t have the outreaches for them but what we also don’t have is the talking up and calling out of sexual predation in communities.”

Mr Georgatos said he believes if we have education in communities about what young children should do if they were to ever be predated upon, it would reduce the child internalising their trauma which may lead to suicidal ramifications.

Purchase The Breakup of Australia here

On Leaving the Past Behind