Systemic Welfare, not Racism, is the Real Issue 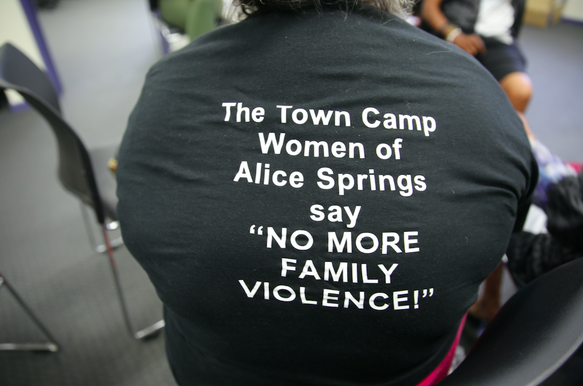 An aunty from northern Queensland rang me recently with great excitement. A politician from the Solomon Islands was funding research into identifying those who had been brought to Australia historically as slaves. As I already knew, our family was part of that tragic tradition.

But when I asked her how she personally felt about our ancestors as having been “blackbirded”, she gave the same answer as my late father had. It didn’t bother her at all, Australia was their country! All she and my dad wanted was to make a positive contribution. Indeed, they were deeply grateful for the many wonderful opportunities which they had been given. So much for being excluded due to “white privilege”.

The Prime Minister of Australia, Scott Morrison, last week came under fire for saying that slavery never existed in this country. As any charitable person understood, what he meant was that it was not an integral part of the original colony, which is true. As Mr Morrison later explained, “Australia, when it was founded as a settlement, as NSW, was on the basis that there be no slavery, while slave ships continued to travel around the world.”

However, while slavery did sadly occur, especially involving people from the South Sea Islands, what impact should this have on us a nation today? In my humble opinion, it should be negligible. Learn from the past sure, but let’s not perpetuate the pain by visiting the sins of the fathers upon their children. That’s an inherently unjust thing to do.

One of the most formative experiences of my childhood was going with my father to CenterLink to apply for possible government assistance. Even though we were not Aboriginal or from the Torres Straights, a few of our relatives had started to identify as such and were receiving significant financial benefits. But my father came away from that meeting convinced it was the wrong path to take. When I questioned him further he said that it was because if we did then we’d never take responsibility for our lives, that instead of making a contribution to the community we’d become a burden.

Did my father—or even myself, for that matter—experience racism growing up? Occasionally. But when it did occur, those around us were quick to call it out. We were never held back because of the colour of our skins, though, and were treated according to the level of our achievements and the content of our characters.

My dad and mum (who was white) went on to start their own earthmoving business and were heavily involved in both church and community groups. They both worked incredibly hard and made significant sacrifices so that my sister and I could have every opportunity educationally, and in life generally, to succeed. While they have sadly both passed away, I look back on their examples as the model for persevering in marriage, raising children and giving back to society.

I have since lived in a remote NSW town comprised of people who are 40% Indigenous. My own children went to a school of which white Australians were in the minority. But while the social problems within these communities are significant, I can honestly say that systemic racism doesn’t play a part. If anything, it’s the breakdown of the nuclear family due to systemic welfare that is the real issue.

Substance abuse, violent crime, domestic violence and sexual assault are all commonplace. But as Jacinta Nampijimpa Price recently pointed out, “Realising that there are fundamental connections between child neglect, child sexual abuse, Aboriginal victims of crime and the high rates of incarceration will allow us to address these critical issues affectively.”

Of course, all black lives matter. The fact that my own family is where it is today, is precisely because systemic racism in this country does not exist. If the Australian government is guilty of showing favouritism to any section of society, then it’s to the Aboriginal and Torres Straight Islanders who receive $33 billion dollars every year in financial assistance and associated benefits.

There are always going to be people who are racist, but I’m deeply grateful for what our forebears have provided. What’s more, I don’t want anyone to apologise or pay reparations to me for what happened to my ancestors, and you shouldn’t be made to feel guilty about doing so either.

The Truth of SA’s ‘Stolen Generations’